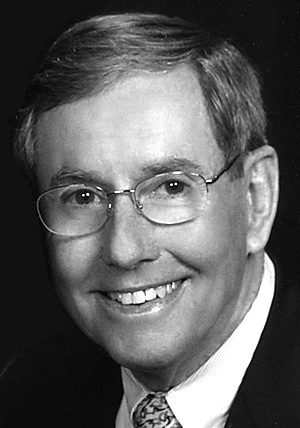 It’s been a blessing to know Hamilton. He and his wife MaryAnn are two of the most fabulous Atlantans. The most frustrating fact is that there really isn’t anything we can do to help our friends except to be there to comfort, support and pray for them.

Mr. Claude Bridges passed away after fighting a courageous battle against one of the worst diseases known to mankind. He was truly an inspiration even suffering from this wretched thing. Amyotrophic lateral sclerosis (abbreviated ALS and a.k.a. Lou Gehrig’s disease) is a progressive, fatal neurodegenerative disease.

It starts with losing muscle control in one part of the body; part of an arm, leg, or even trouble swallowing or breathing then continues to spread throughout the entire body.

Steven Hawking is one of the most people to have ALS. Unfortunately Mr. Bridges wasn’t as lucky as Hawking. Most ALS patients pass away within three-to-five years of diagnosis.

Regardless of his circumstance, Mr. Bridges always had a smile on his face. Maybe Mr. Bridges was able to stay so positive because of his faith. He couldn’t tell us. What we do know is that at MaryAnn and Hamilton’s engagement party Mr. Bridges made a toast to the couple that one could never forget.

He was able to toast to his son and new fiancée with the assistance of a computer — way cooler than Steven Hawking because a) it was Mr. Bridges and b) because it was at a fantastic party). You can see the full video captured of the toast here:

Please take a moment to read the wonderful words Mr. Bridges had to say about Hamilton and MaryAnn’s marriage:
“It is both heartwarming and exciting to gather here tonight with family and so many friends to celebrate the engagement of MaryAnn and Hamilton… Many of you know that Berney and I have strongly encouraged our children to wait until 30 to get married. Hamilton’s two older sisters complied.

We have said that Hamilton being the baby always got special treatment. When he met MaryAnn he knew a good thing when he saw it. After getting to know MaryAnn – Tracey, Mom and I all agree that it’s okay for Hamilton to break that rule.

We would like to welcome MaryAnn, and her parents Babs and Bob Barrett into our family. I hope you have met the Barrett’s this evening. In addition to her parents, MaryAnn’s sister, Karen, and her husband, Ted, are with us tonight.

Thank you Babs and Bob for sharing your delightful daughter with us. We look forward to sharing many more happy occasions with you.”

How incredible. Mr. Bridges didn’t mention anything about his precarious health but chose to focus on how excited he and his family were to welcome MaryAnn. What a wonderful moment for both families which friends were privileged to witness. It’s this same spirit and strength of character as Lou Gehrig himself.

Gehrig brought this disease to national attention when he retired from Major League Baseball in 1939. Lou Gehrig held the longest streak for 2,130 consecutive games played over 14 years until broken by Cal Ripken, Jr.

Lou Gehrig’s last game was played with the New York Yankees in 1939 when he famously told his coach “I’m benching myself, Joe,” saying he was doing so “for the good of the team.”

After reading of this disease, it became clear that there was a common thread shared by Lou Gehrig and Claude Bridges. The passion both men had for their families.
In reading Lou’s farewell speech that he delivered on his retirement day he said he considered himself “the luckiest man on the face of this earth.” He went on to say:
“When you have a wonderful mother-in-law who takes sides with you in squabbles with her own daughter — that’s something.

When you have a father and a mother who work all their lives so that you can have an education and build your body — it’s a blessing.

When you have a wife who has been a tower of strength and shown more courage than you dreamed existed — that’s the finest I know.

So I close in saying that I might have been given a bad break, but I’ve got an awful lot to live for. Thank you.”

Have a lucky and loving day.