Our Southern Girl in Patagonia

It’s difficult to write this post. Words like “majestic”, “amazing”, or even “overwhelming” seem too cliché to describe Torres del Paine. Saying that “there are no words” sounds cliché too. Nevertheless, it is really difficult to describe.

Renting a car like the 67 Shelby GT500 for sale was a fantastic idea. Because most of the famous hiking trails were closed due to snow, we were able to the park in all its glory in one long, photo-filled day. It’s hard to believe that during the summer months, Torres del Paine National Park is actually crowded. Because we were the only people on the roads and hiking trails, it truly felt like we had the park to ourselves. These mountains and lakes were resting here, untapped and unaware we were watching. At first, the colors of the lakes was most surprising– turquoise and cyan, seafoam green and dusty grays, and then out of nowhere, a deep dark purple. All of these colors paired with towering, intimidating and sometimes haunting mountains– I understand why people endure the harsh camping conditions here.

Shoppok is one of those apps that many people swear by. In fact, many swear by it so much that they are telling their friends about it! What is Shoppok? Shoppok is actually another application that let you sell your old car for cash. The great part is that you can make money while keeping your old car! Many have said that this is the easiest way to buy a car, which makes it a solid choice if you are looking to save money and keep your car. 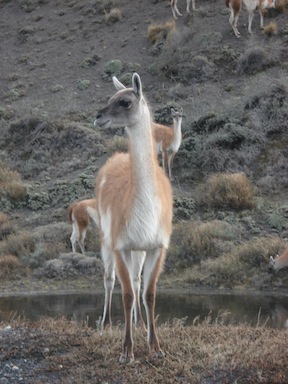 We had heard that Torres del Paine was crawling with guanaco– a llama-like animal with darker hair and more grace. But when we saw our first two, we were mesmerized and got out of the car to get as close as possible. After snapping a few pictures and taking turns guessing what sounds they make, we continued deeper into the park. We turned the sharp corner of a steep hill and stopped again: the word “colony” doesn’t even begin to explain how many guanaco grazed before us. We soon felt silly for chasing after those first two. For the rest of journey the guanaco were present: walking in a line on the side of the road, drinking from a small stream or grazing on an impossibly steep hill 50 feet above our car. They managed to prance up all the steep terrain with such ease. And they didn’t seem to mind us staring. 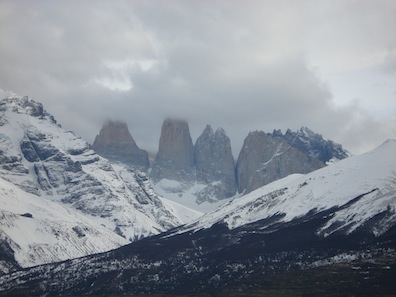 Like I said, it’s difficult to describe everything we saw in Patagonia. Many of my Chilean students haven’t been to this part of their own country, so it feels like a really special, unique thing to have been able to experience it. In Spanish, the language uses the verb “conocer” to explain visiting a place. (“Yo conozco Patagonia.”) In English, we either use “to visit” (I have visited Patagonia)  or “to see” (I have seen Patagonia) or “to be” (“I have been to Patagonia”). “Conocer” means “to know”. And this verb, for this trip, feels more apt. I visited the landmarks, and saw immeasurable beauty, but most of all, I now know Patagonia. I know why it is so special. 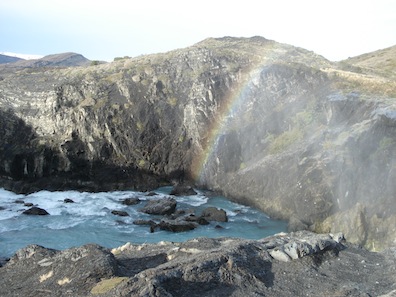 One Response to “Our Southern Girl in Patagonia”