Southern literature is home to many great characters and they all have to get their start somewhere. One of the very first recorded heros of the South was the good ole Br’er Rabbit. The fables of the wise rabbit, his woodland friends, and the Tar Baby pre-date the Civil War. It was only during Reconstruction did a brave journalist from from here in Atlanta dared to publish them.

One of Atlanta’s most famous writers is Mr. Joel Chandler Harris. An editor for the Atlanta Constitution for more than 20 years, Harris is more widely known for penning the tales of Uncle Remus. As President Theodore Roosevelt said of Atlanta’s native son: “Presidents may come and presidents may go, but Uncle Remus stays put. Georgia has done a great many things for the Union, but she has never done more than when she gave Mr. Joel Chandler Harris to American literature.”

Today, visitors can check out the home of Mr. Harris, The Wren’s Nest now looked after by his great-great-great grandson, Lain Shakespeare. Pretty Southern recently caught up with the Executive Director of The Wren’s Nest about what it’s like to care fo not only his family home but also a becautiful national treasure.

How old were you the first time you heard the story? What impact did it have on you?

To be honest, Br’er Rabbit was something I’ve always known, like my name. It was never that impactful when I was little. Only as an adult, when I started work at the Wren’s Nest, did it hit me just how significant these stories are.

To be clear, Joel Chandler Harris, the dude who recorded about 190 Br’er Rabbit stories, was my great-great-great grandfather. He predates me by about 75 years. His great-grandson, my grandfather, might have read the stories to me. But my fondest memories were of him schooling me at Go Fish. 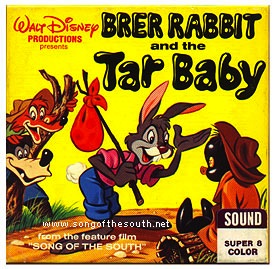 Disney brought Br'er Rabbit to life in "Song of the South"

Why did you decide to become captain at the helm of the Wren’s Nest?

Desperation. Well, desperation on the part of the Wren’s Nest’s board of directors. They needed someone young, naive, and unemployed. The museum had, at that time, existed since 1913 with its original funding coming from President Theodore Roosevelt, Andrew Carnegie, and Atlanta City School children. Our organization had hit a rough patch in the first years of this century, but had mostly been well managed since 1984. Having grown up with the Wren’s Nest, I knew what an underutilized, misunderstood asset it was, whereas many people had never even heard fo the place. Before I stepped in, the place was about to close. I figured I’d give it a spin if this was our last shot at keeping the Wren’s Nest open for the foreseeable future. Later I came to understand that it’s a National Historic Landmark that’s critical to understanding international popular culture. I’m glad to have had the opportunity to lead it.

What are the biggest lessons you think your grandfather’s work taught our culture? Are they still applicable today?

Harris’s great contribution was tricking a white, Southern literary audience into accepting and celebrating African-American culture and folklore. For the 19th century, this was no small feat. 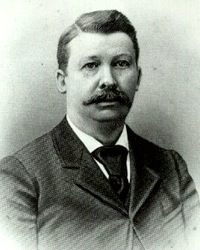 Even more than that, his work kickstarted the folklore movement and opened up a world of stories from regular folks, not just white, privileged, or well-educated authors. He recognized the power of stories and the value of different cultures, which is something many of us still struggle with today. His young adult fiction is probably the most comprehensive portrait of a Muslim person in 19th century American literature, and much of his work centered around education and empathy.

Look no further than the United States’s current political climate to see that these ideas are still relevant and refuted. Harris stressed the importance of education and empathy in healing cultural wounds and bringing folks together in a more harmonious society.

Is the house haunted? Does it ever feel like spirits are lurking around?

We’ve had several groups of ghost hunters visit over the past five years, and they assure me everyone they’ve run into is perfectly nice. There’ve been some weird sounds and odd coincidences, but I wouldn’t say it’s haunted.

When you were growing up, how often did you hear the stories about Uncle Remus and his cast of critters?

My grandmother on my father’s side read me the Uncle Remus stories all the time when I was little. That part I liked.

The Tar Baby and Br'er Rabbit

What I didn’t like as much was visiting the Wren’s Nest every year with my mom’s side of the family. I had to cut the cake to commemorate Joel Chandler Harris’s birthday each year, and it was miserable. Everyone knew who I was, the house was creepy, and of course I had very important other things to do.

How would you define a Southerner in the 21st century?

The Southern space I occupy is Designing Women meets Mayberry meets OutKast meets the Black Lips. Oh, with some Brer Rabbit thrown in there. In short, the South is a cultural melting pot of diverse, often contradictory people, cultures, and influences. At least in Atlanta we’re rooted in place and looking forward, but always thinking about being defined by the past.

How does the modern definition compare/contrast to how Southerners were perceived by outsiders in the past?

Well I think there’s still a yokel vibe that we’re often defined by. I like being underestimated. It’s fun when people are assuming Deliverance and get something totally different and bizarre instead.

What’s the biggest piece of advice you can bestow?

To read more about this amazing Southern home of literary excellence, check out The Wren’s Nest online. We look forward to checking it out soon and meeting Lain!