Atlanta foodies: get ready to be sucked in hook, line and sinker. The dream team behind South City Kitchen, Ecco, El Taco, and La Tavola is preparing another Southern masterpiece focused on fresh seafood. Fifth Group Restaurants will open Lure in Midtown this July. The restaurant is housed in the space where Vickery’s Crescent Avenue Bar & Grill was formerly located. Lure’s location holds a special place in the hearts of the restaurant’s partners. Fifth Group Restaurants’ history began in Midtown with the opening of South City Kitchen (right down the block on Crescent Avenue) almost 20 years ago. This restaurant opening signifies Fifth Group Restaurants’ successful expansion over the past two decades and the company’s commitment to Atlanta’s Midtown neighborhood.

“We have been talking about Lure for more than three years, and the basic idea of serving simple, high quality seafood dishes in a fun, uniquely designed atmosphere has been our inspiration from the start,” said Fifth Group partner Robby Kukler. 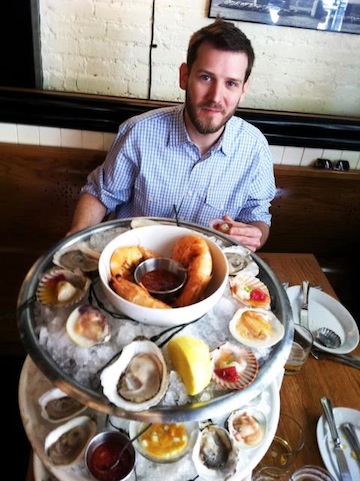 David Bradley, currently the chef de cuisine at Ecco, will oversee the kitchen at Lure. Bradley has worked with Fifth Group Restaurants for 12 years and has been a part of the culinary team at Ecco since it first opened in 2006. His passion for sourcing and preparing amazingly fresh seafood and his love of seasonal produce will be reflected in the menu at Lure. Here’s a taste of what y’all can expect on the menu

Fifth Group Restaurants Beverage Director Vajra Stratigos is constructing the beverage program for Lure, which will include an expansive list of both draft and bottled beers as well as a collection of interesting wines and innovative cocktails for which Stratigos is known. 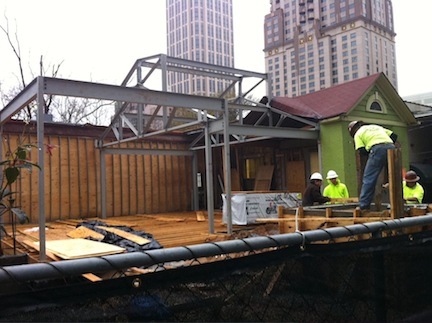 “Lure will offer its own unique bar culture,” says Stratigos. “We love the Midtown community and many of the ideas that we’ve developed for Lure have been driven by what we have learned from our regular guests.”

Stratigos has been sourcing unknown and off-the-beaten-path wines for nearly a year now and has collaborated with renowned importers such as Terry Theise, Neal Rosenthal and Michael Skurnik. Many of the wine selections planned for Lure draw personality from their seaside macro climates and are a natural fit for oceanic gastronomy.

“Ocean wines should feel very natural, rather than display overt fruitiness,” says Stratigos. “For me, seafood wants acidity, minerality and salinity in a wine partner – all things that accent what is inherent to the ocean itself,” he adds.

Lure seats 150 guests and exhibits an atmosphere that is sophisticated yet still suitable for everyday dining. The building has undergone major renovations to the interior, exterior and patio. Bill Peace of Peace Design and ai3, both of whom have designed many of Atlanta’s most acclaimed restaurants, are designing the new space. 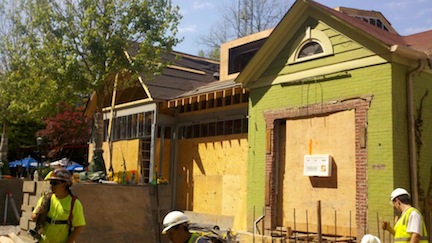 July is right around the corner and Pretty Southern can't wait for Lure to open.

“Both ai3 and Bill Peace really understand the ideas we articulate and our desire to achieve an understated, timeless look at Lure,” says Kukler. “Our design inspiration for this restaurant is, naturally, the ocean and the contrast of its unrefined and polished characteristics,” he adds.

The designers are utilizing a cool, fresh color palette reminiscent of the sea along with stripped, weathered wood and steel. Reclaimed nautical spotlights cast blue-green reflections off a zinc bar top, and, paired with gloss shiplaps and the essence of billowing sailcloths, evoke both the raw nature of the fishing industry and the mysterious charm of the ocean.

Lure is located at 1106 Crescent Avenue NE in Midtown and will be open for dinner daily first with lunch service added at a later date. For more details and to keep track of LURE’s progress, keep an eye on on their Facebook page.

Editor’s Note: Mandy Betts and Michael Erickson contributed to this article. We will keep y’all updated for Lure’s opening this summer!