The cast of Dallas is back in the saddle. After two decades off the air, TNT is reviving the nighttime soap, which first ran from 1978 to 1991 on CBS. But the new Dallas isn’t a re-boot of the old: instead, it’s a continuation, with both the series’ original trifecta of feuding family members as well as the next generation — including their children.

Tell us about the dynamic now going back working with the principal characters. How has that changed over the years? Obviously a little bit of time has passed but did you get right back into it, or was it like, “Oh, I remember that. But now I can work around it better.”

Linda Gray: My character or—?

Both: for the character and for personal.

LG: Oh, OK. First of all we were rather stunned when we got that call because we had received a call two years prior, I’ll just kind of catch you up—two years prior before an actual script and they said, “Are you interested?” Now this was from Warner Bros. and we all three got the call and we all said, “Yes, we’d be interested.” And then we heard nothing for two years. So when we got his call we thought, I was skeptical. I said, “We got another call, we gotta wait another two years to hear this?” And so [they] followed the call with a lovely script which was also very exciting for us. We called each other again, we said, “OK, we read the script. What do you think?” OK, we like the script, we liked it very much. So we said yes, we would be not only interested but when do we get to shoot this thing? It’s great. So that was it. That’s what happened.

Getting back into the saddle, so to speak, was that a little bit edgy at first or did you just snap back into it once you got back into the working situation?

LG: Well, I like to work from the inside out. And I knew Sue Ellen, but I didn’t know who she was 20 years later. So I really wanted, as a woman, to not be arrogant and not say, “I know her, I’ve played her many many years.” But I didn’t just want to come back to “Dallas” and say, “OK, I know how to play her.” I wanted to know who she was as a woman 20 years later. Where’s she been? She dragged John Ross to London. What is this woman like? What has she addressed he demons, or did she put them under a rug?” 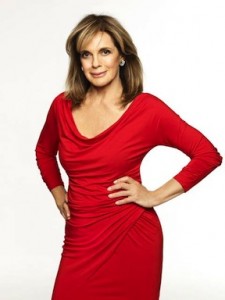 I wanted to be the best Sue Ellen I could be this time around — not that she wasn’t before, but she was rather a victim, a reactor to things that J.R. was doing. And I felt that right now she would be a much different Sue Ellen. I felt that she would have addressed the demons and wrestled them to the ground, and still with her guilt, but I felt that she would be a different kind of woman.So I did a lot of research. I have a lot of friends, woman friends, that I talked to and I wanted her to be independent, powerful and I wanted her to try to be the best mother that she could be now that she wasn’t before. So he [John Ross] had to sort of be dragged along with that wrestling-down-to-the-ground-demons. I researched and found that there are more women CEOs in the state of Texas than there are any other state. I wanted her to be one of those women because she was the next Miss Texas so she was a native. And so I wanted her to be representing those women in Texas in a very powerful way. She has money, she has power. She’s back in Texas. She’s gonna have to run into J.R. along the line somewhere; she’s gonna have to deal with her very feisty, wonderfully aggressive son. So that’s the way I went — I met with the writer and said, “I have some ideas about Sue Ellen. I’d like to hear what you have in mind, here are my ideas — throw ‘em in a little mixer and find out what we come out with.” But I was very respectful of the fact that they were open to my ideas and very open to what we might have in common to have Sue Ellen come out smelling like a rose this time.

Josh, can you tell us a little bit about your audition process and what it’s like to be cast in such an iconic show?

Josh Henderson: Sure, yeah, y’know I had heard it was coming back and I heard it was really kind of gonna focus on J.R.’s son and Bobby’s son. As a young actor I was like, I have to audition for this. I’m from Dallas, Texas. I get the Texas thing and it was a big deal to my family. So I gotta audition for this. And I also knew they were going to see people from all over the country. Every young guy wanted this role, they really did. Then I went in and read for Cynthia Cidre, our executive producer and writer, and Patrick Rush, our casting director, and Cynthia didn’t tell me this ‘til we were shooting, but she said that by the second line out of my mouth, she knew that I was the guy. And as soon as I left, I got in my car, shut the door and screamed. Because I knew that I felt like I did a good job. But y’know, you never really know in the room. And then a half hour later my phone rang already saying, “We’re gonna test you for the role.”

It’s been 20 years now. How much of the new Dallas is the old Dallas tweaked and how much of it is just brand new ground?

LG: I keep quoting Patrick Duffy. He says it feels like year 14 for us and that’s how it feels. There wasn’t a glitch; there wasn’t an awkward like a dating thing, like you’re dating. There was no awkward moment and there still isn’t and we’ve shot 10 episodes. There was never an awkward moment. It flowed seamlessly from, as if 20 years had just been condensed and that’s a lovely feeling, a solid feeling, that confidence you feel that it’s right. It always felt right, in the original show, and now it feels right.

Will fans of the old show embrace the new show?

LG: I think so, because in Dallas last Thursday night we had a screening, our big premiere. And we showed the first two episodes, the pilot and the first show, and the audience was so responsive and receptive and they were with it. And you could hear them when J.R. would do something and you would hear them like [gasp] when some surprised would happen so the audience was engaged. And that’s what — we had never seen it; we’d seen it in Los Angeles but it was a rough cut and everyone had their agents and managers and it was a kind-of “Hollywood” screening. This was real people, real responses, real emotion attached.

JH: They were laughing out loud.

JH: They were crying.

LG: And then you’d hear [gasping] like that when they didn’t know something was going to happen. So for us, we don’t get to go into peoples’ living rooms and hear what their response is. But for us, especially the original — I don’t say the older people — the original cast, for us to feel that response in an audience of thousands was fantastic. We wanted to see every episode that way. Because you’re really, you’re engaged and there’s an infusion of energy in that room. So I feel that the older people will not be disappointed. Not at all.

JH: Yeah, it was almost as if even if people were coming in to y’know go, “OK, let’s see if this is even going to be close to the original,” or be skeptical — which we understand — it was almost as if, really quickly they threw that out the window and they were just enjoying the show. We had a screening in Houston two nights ago and it was a packed house and I snuck in, they didn’t know we were there, and I snuck in for the last—periodically, just as they were watching to maybe gauge reactions. And man, it was unbelievable. It wasn’t as if they were sitting there watching “The Hangover” or anything, laughing out loud, but they were just gasping and laughing out loud and really, y’know, J.R. would say something or as soon as [Sue Ellen] would roll up in the corvette, everyone would applaud. It’s really cool to see these people enjoying it. It’s not, it’s almost like they forget there in their minds to critique or judge. 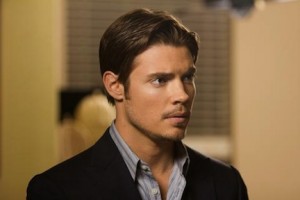 They’re really just enjoying the show and I think that as long as they give us a shot and tune in, the original fans are going to be like, “Ah, this is ‘Dallas’ again. They’re back.” And the new fans — ‘cause my sister, I have two little sisters that weren’t even born when the show was off the air yet — they’re like, “This is really good TV.” Like, “Oh, we love Sue Ellen, oh, what is that?” and, “Oh, who sent the email?” It’s just at the end of the day what I think made the original “Dallas” so well-received and loved and adored around the world, we have all that in the new one. We have the three original legends — they’re still here. We couldn’t have done it without, you can’t do “Dallas” without them. And we have ‘em so we’re lucky as the new generation. And I think as long as people tune in they’re going to be completely satisfied.

Editor’s Note: Responses have been edited for length and clarity.

[author] [author_image timthumb=’on’]http://prettysouthern.com/wp-content/uploads/2012/06/Mug-Shot.jpg[/author_image] [author_info]Adam Carlson is a 20-something wrapping up his film and journalism degrees at the University of Georgia. He writes about the arts, culture and occasionally very long profiles about…cats. You can find his work here and here. Every day he’s Tweetin’.[/author_info] [/author]