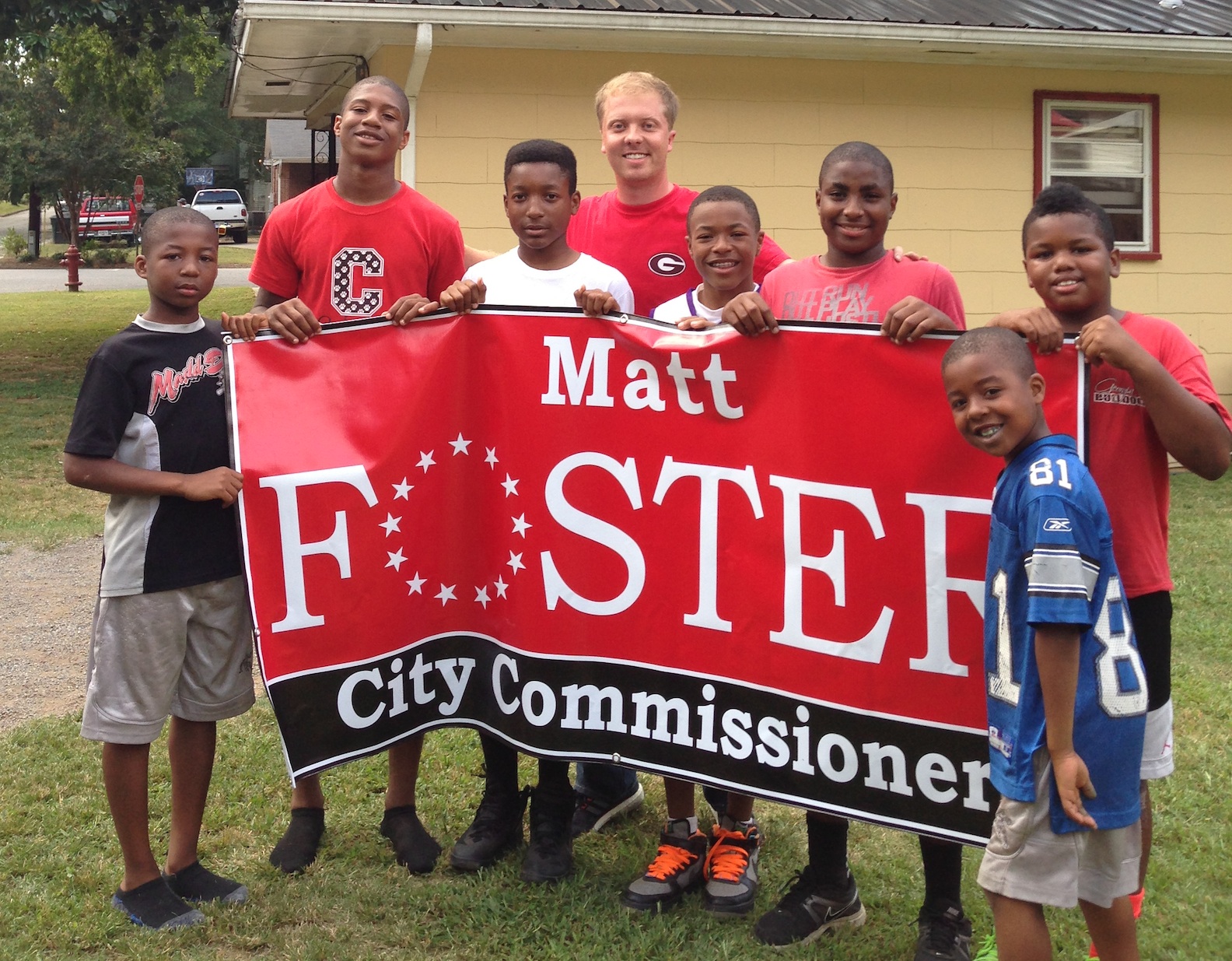 Matt Foster with a group of his students in Cedartown, Ga.

Matt Foster is a true gentleman from Georgia. When it comes to looking at the next generation of leaders for the South, look no further than to Mr. Foster. He’s currently running in his first election for public office, as City Commissioner of Cedartown.

Born-and-raised in Cedartown, Foster graduated from Cedartown High School in 2002 to go on to the University of Georgia. He spent four glorious years in Athens where he majored in Political Science, and was fortunate to study abroad at Oxford University. After coming home from England, Foster knew more than ever he wanted to make a difference in the world.

After graduating from UGA, he signed on as a legislative aide at Georgia’s Capitol in the House of Representatives, yet he realized where his strengths could truly shine. After working at a summer camp in Quebec, he decided to pursue teaching, and for the past six years, he’s been in the classroom of Northside Elementary School in Cedartown teaching 4th and 5th grade Social Studies. Now he’s looking to his next endeavor in his own hometown.

PrettySouthern.com was privileged to catch up with Foster to talk about his campaign, his beloved town, and what it means to call the South home.

How do you define a Southerner?
I grew up in the New South, so my personal definition of a Southerner isn’t tied to who your ancestors were, or which Confederate militia your great great grandfather fought in. I think those stereotypes are outdated and don’t describe what being a Southerner really is all about. I think you can move to the South from just about anywhere in the world and still consider yourself a Southerner, so long as you’re the type of person who works hard and takes pride in being Southern, you care for the people around you, enjoy the small things in life, and don’t take “no” for an answer. We tend to be stubborn and set in our ways, but also very warm and outgoing to help out anyone in need. If this definition describes you, well then “Welcome South, Brother”. 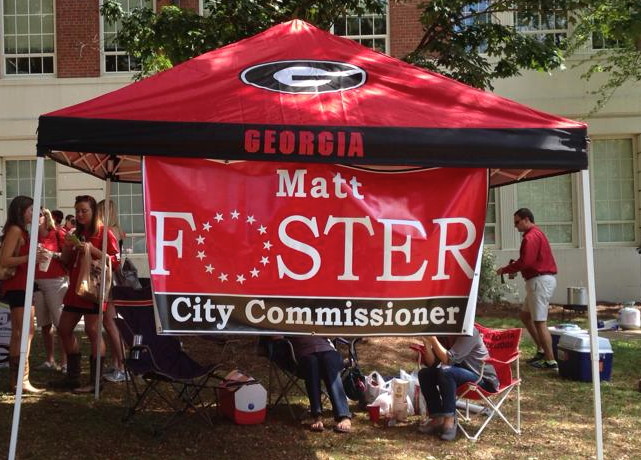 How do you define a gentleman?
I was Atlanta last year, during the SEC game, UGA vs Alabama. As we were watching the clock run down on the best (yet most heartbreaking) football game I’ve ever watched, an old Crimson Tide guy, decked out from head-to-toe in Bama gear, walked up to me, and said “Roll Tide…but man, what a great, great game. Good luck to your Dawgs next year.” He extended his hand, I shook it, and thought, “now that’s a gentleman.”

How do you define a lady?
When I think of a lady, I think of someone who is smart and sophisticated, as well as fully-empowered and equal to any man. She may be reserved, or she may be a spitfire, but either way she’s got opinions of her own and doesn’t just bow down to the whims of others. 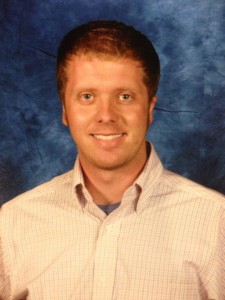 What are your favorite Southern foods?
When I lived in Canada, you would have thought I was some exotic tropical animal. All my Quebec pals wanted to take me to their favorite restaurants to see how their food was on my Southern palate. They aren’t big on BBQ, but they wanted me to try out a new restaurant called Bofinger, a BBQ joint downtown Montreal, to see if it was as good as what I was used to (apparently they think we eat BBQ every day in the South).
I wasn’t a huge BBQ guy back in Georgia, but something about the scarcity of it in Canada made it very appealing. It was so delicious, and reminded me of home. I ate there so much over the next several months. I literally could have perpetuated the stereotype that all Southerners eat is BBQ. I guess it’s like that Joni Mitchell song, when she says “don’t it always seem to go, that you don’t know what you’ve got till it’s gone.”

What was it like working at Georgia’s capitol?
It was very eye-opening because it was my first job out of college. I was still ‘green’ to the world. I was a legislative aide, but instead of just stapling papers all day, I got to be right in the action. I worked for a state representative who was a high-ranking member of the Appropriations Committee, and got to help sort out the state budget in 2007 before the recession hit big. I still lived in Athens, so I woke up every day at 4 a.m., drove to Atlanta, worked most nights until 7 p.m. (and later in the session till midnight or later), and then drove back to my apartment in Athens. It was the coolest and most exciting job I ever had, and yet I learned that I didn’t want to do that my entire life. 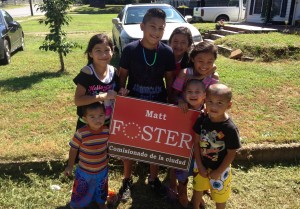 Did you ever meet Sonny Perdue while he was in office?
I had met Governor Perdue a few times as a young guy, when he was running against Governor Roy Barnes and the whole state flag debate was going on. When I was an aide, we met just a few times at fundraisers or photo ops in the Capitol. Perdue didn’t have the best working relationship with my bosses in the House, and the Senate — where he had served before becoming governor — had also felt alienated by him, so there was really no love lost between the governor and both chambers of the General Assembly. Anyway, in ’07, I had a bill that needed to be signed, and I thought since it was the last day of the session, the bill would die if the governor didn’t sign it by midnight. So on this last day, I busted into his office, skipped the line of people waiting with their own bills, and threw it down on his desk. It wasn’t even a big bill, just some local thing about rerouting a sewage line in some small town. I got my butt chewed up one wall and down the other, but then he signed it. By the way, my clock-ticking-Cinderella complex wasn’t entirely right. He could have signed it at any time several within several days, but I didn’t know that then. So in my ignorance I found courage: the courage to break protocol for a sewage line bill.

Ha! Ok then, other than your courage to ask for what you want, can you tell folks why they should vote for you to be the next City Commissioner of Cedartown?
I’m not running for this office because I want to be called ‘commissioner.’ I’m doing it because the city needs a healthy dose of economic common sense. For too long, we have just put-up with ‘doing okay,’ which I liken to “if you have a small hole in your boat, but you’re fine with it being only half-filled with water.” If I can at least start a meaningful conversation about how we can improve our current situation, instead of being content with slowly sinking, then win or lose the election itself, I’ll sleep well at night.

The election for Cedartown City Commissioner is on Tuesday, Nov. 5. For more information about how you can get out to support Foster, click here to “Matt Foster for Cedartown”. 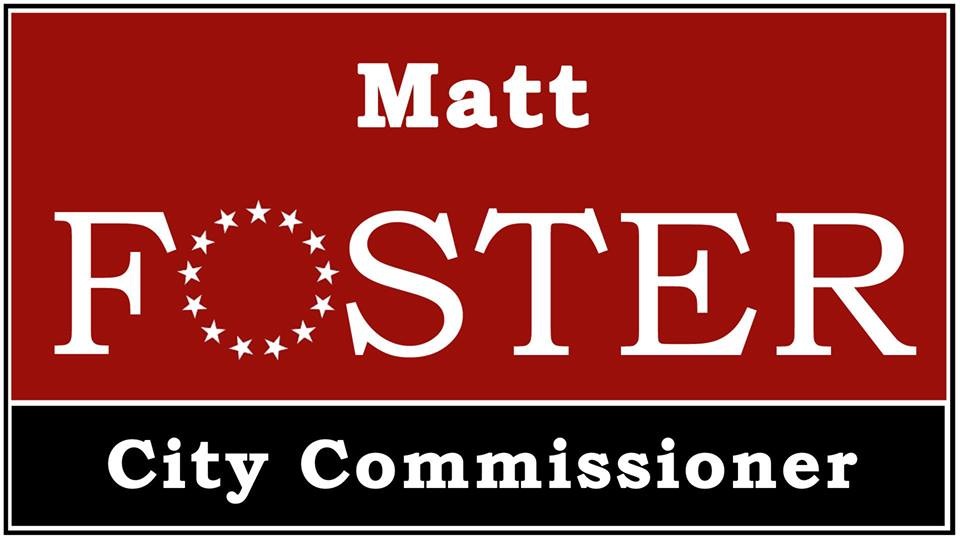