This Week in the South – Happy Monday! 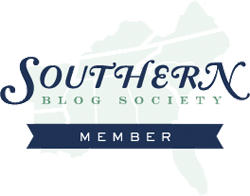 Happy Monday y’all! Hope everybody had a wonderful weekend, even in the throes of all the football upsets in the SEC. Georgia lost to Vandy for the first time since 2006, and along with that loss went the hopes of winning the SEC East. Considering that Auburn beat Texas A & M, Georgia Tech won, and Florida lost, the Dawgs certainly have an interesting ride ahead for the rest of the season. For the record, Missouri didn’t actually secede from the Union, which makes us all wonder what qualifies them to be in the SEC…but let’s forget about all that until Saturday, and talk about a few things which we know will make y’all smile. The Southern Blog Society has redesigned its site, and we’re privileged to be a part of this fantastic organization. They’ve added the state of Arkansas to their logo, note the fabulous redesign and also take note that Missouri isn’t included. Yes, we’re still a bit sour over that loss in Sanford Stadium. Anyways, back to the happy posts. 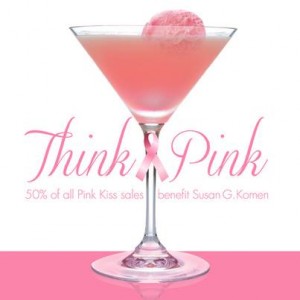 The Centraarchy restaurant group — including New York Prime, Joey D’s Oak Room, and Tavern at Phipps in Atlanta — is serving up a fabulous martini called the Pink Kiss with 50% of the proceeds going to the Susan G. Komen Foundation. October is breast cancer awareness month, and it’s fabulous to see this business contributing to a good cause. Click here to find out more about drinking to help save the ta-ta’s! Big thanks again to Bobby — a managing partner at New York Prime, Steve his stellar bartender, and our pal Elizabeth at Southern Color for a fabulous happy hour. We look forward to another Pink Kiss martini from Centraarchy soon! 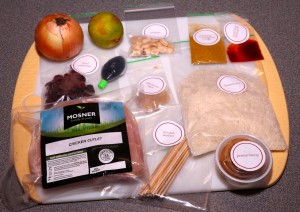 Our ingredients for Chicken Satays, Peanut Sauce and Jeweled Rice.

Preparing a gourmet meal is now as easy as clicking the “order” button. A startup called Plated has just launched in Atlanta and serves up all the ingredients you need right to your door. Plated is cofounded by Josh Hix, a Georgia Tech grad who went onto achieve his MBA at Harvard. It was there he met his partner, Nick Taranto, and they’ve created a stellar meal plan. Thus far we’ve enjoyed the Chicken Satays, Orcchiette with Sausage & Broccoli, Tuna with Sushi Rice, and Chicken Tortilla Soup. Use the code “Pretty Southern” for 2 free plates.

There’s tons of movies filming around Atlanta. “Dumb & Dumber To” has filmed in Cabbagetown, Grantville, Stone Mountain, Brookhaven and Marietta Square, plus Jim Carrey stopped by Barnes & Noble in Buckhead to read to kids this weeked. “Mocking Jay” is filming south of Atlanta, and Fast & The Furious 7 is also here in town. But what really makes headlines for all of Atlanta is that the toll on GA-400 is finally coming down! We announced back in May that the toll would be coming down and it looks like Phase 1 of the takedown starts on Friday, Oct. 25. If all goes according to schedule, then toll collections will officially end the week before Thanksgiving.

So as we enter our last full week in October, we have something to look forward to: more football, more food and drink, lots of movies, and no more tolls. Have a great week y’all!