Why are the Atlanta Braves moving? 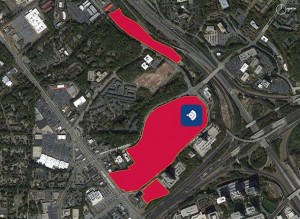 It’s the question on every Atlanta baseball fan’s mind today: why are the Atlanta Braves moving from Turner Field out to the suburbs of Cobb County? Like most things in this world, it comes down to politics and money. In a statement issued by Atlanta Mayor Kasim Reed on Monday morning:

“We have been working very hard with the Braves for a long time, and at the end of the day, there was simply no way the team was going to stay in downtown Atlanta without city taxpayers spending hundreds of millions of dollars to make that happen.

It is my understanding that our neighbor, Cobb County, made a strong offer of of $450M in public support to the Braves and we are simply unwilling to match that with taxpayer dollars. Given the needs facing our city and the impact of Turner Field stadium on surrounding neighborhoods, that was something I, and many others were unwilling to do.”

Obviously there are tons of questions about what happened to deplete relations between The Braves franchise and it’s hometown, but the biggest question is how do Cobb County residents feel now that they’re on the hook for the new stadium? That $450 million cost tacked on to a county whose public school system has a budget deficit of $62 million in 2012. For anyone who regularly commutes on I-75 or I-285 to work ITP…good luck. In 2017, your commute is going to be hell on earth during baseball season.

Is it too late to call foul on this whole deal?