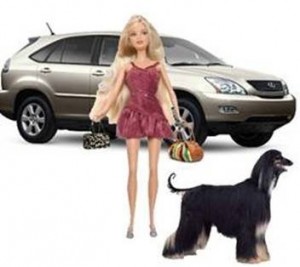 Buckhead Barbie a.k.a. Buckhead Betty: This princess Barbie is only sold at Phipps Plaza and Lenox Mall. She comes with an assortment of Kate Spade handbags, Chanel Sunglasses, Tori Burch flats (she has to take a break from the Jimmy Choos and Manolos), a Lexus SUV, a long-haired foreign lap-dog named Honey, and a cookie-cutter dream house with a water feature in front. Available with or without tummy tuck and Botox injections. Workaholic ex-husband Ken comes with a Porsche. 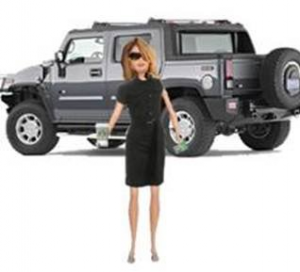 North Atlanta (re: Sandy Springs/East Cobb/Dunwoody/ Roswell/Alpharetta) Barbie: This yuppie Barbie comes with your choice of Hummer H2 or BMW convertible. Included are her own Starbucks cup, credit card set, and country club membership. Also available are Shallow Suburban Skipper and Spanish-speaking Nanny. Dunwoody Barbie hasn’t been affordable since the early 80’s. She never sees her Ken because he’s working in Buckhead and battling a commute on 400. 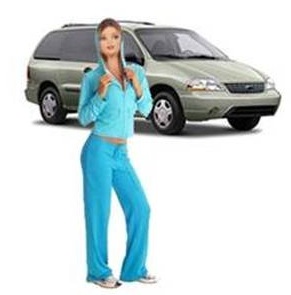 Smyrna/Vinings/Marietta Barbie This modern-day homemaker Barbiec comes with a fully-loaded Ford Windstar mini-van and various various matching gym suits. She graduated from a local Metro Atlanta high school but has no higher education or full-time occupation. She comes with a cell phone permanently attached to her hand (even during traffic) and gets lost easily when she has to venture inside the perimeter (ITP). Accessories include an entire little league team and various neuroses. 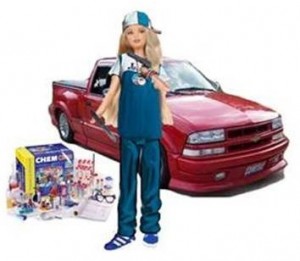 South Atlanta Barbie This recently paroled Barbie comes with a 9mm handgun, bowie knife, and a meth lab kit. When she’s not hustling, y’all can find her working the stage at The Oasis, Tattletales, Mardi Gras or Pink Pony South. This model is only available after dark and can only be bought with cash, preferably small bills…unless you are a cop, then we don’t know what you are talking about. 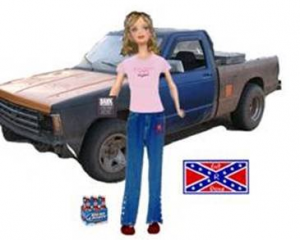 Henry County Barbie This pale model comes dressed in her own Wrangler jeans, a classic Metallica shirt, and tramp stamp tattoo. Wants to major in NASCAR at Clayton State College. She has a six-pack of Coors Light and a Hank Williams, Jr. CD set. She can spit over 5 feet and kick mullet-haired Ken’s ass when she is drunk. Purchase her pickup truck separately and get a confederate flag bumper sticker absolutely free. Available at Southlake Mall. 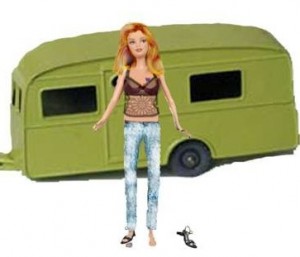 Conyers Barbie This tobacco chewing, brassy-haired Barbie has a pair of her own high-heeled sandals with one broken heel from the time she chased Beer-Gut Ken out of Jonesboro Barbie’s (discontinued) house. Her ensemble includes low-rise acid-washed jeans, fake fingernails, strawberry lip gloss, and a see-through halter top. Comes with Barbie’s dream double wide trailer. Available at Wal-Mart. Cheap. 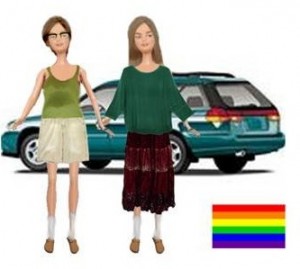 Decatur Barbie This doll is made of actual tofu. She has long straight brown hair, archless feet, hairy armpits, no makeup, and Birkenstocks with white socks. She prefers that you call her “Willow.” She does not want or need a Ken doll, but if you purchase two Decatur Barbies and the optional Subaru wagon, you get a rainbow flag sticker free. Available at Your Dekalb International Farmers Market. 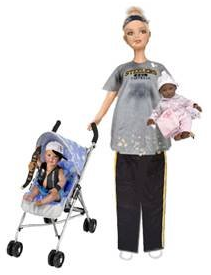 East Point/College Park Barbie This Barbie now comes with a stroller, both a toddler and infant dolls, plus she’s got another one on the way. Optional accessories include a G.E.D. and a Snap EBT card. Gangsta Ken and his ’79 Caddy were available, but are now very difficult to find since the addition of the infant doll. Poor girl never had a chance in trying to change socioeconomic classes. She makes $18,000 a year working at a fast food chain and wants to nail Ken’s ass for past due child support.

Midtown Barbie/Ken This versatile doll can be easily converted from Barbie to Ken by simply adding or subtracting the “snap-on” parts. Likes to “experiment.” Doesn’t understand why Smyrna Barbie complains so much.

Editor’s Note There are several versions of the Atlanta Barbies floating around the web, which we’ve compiled and edited with our own two cents of Pretty Southern sass. To whoever created these original images: thanks for the laugh. #LoveTheSouth