Navigating the Streets of Atlanta

Here’s a few words to the wise for getting around Atlanta, especially for out of towners coming in for the Chick-fil-A Bowl. Editor’s note, the author of this post, ElBandejo has asked to remain anonymous to protect his anonymity on Reddit. 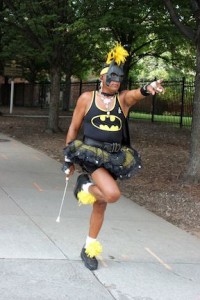 Baton Bob in one of his many costumes.

Be careful that you don’t take Peachtree Street to Peachtree Battle, otherwise you’ll be funneled onto an off-ramp from the Midtown Connector. Don’t ask how this happens; it just does. If you see Baton Bob, you’ve gone too far. At this point, you need to just start circling around for an hour, intermittently asking locals for directions to your destination. Be forewarned, though, that you will get one of the following two responses from locals:

1.) They will be polite and try to help you, but your guess is as good as theirs.
2.) Their reaction at your attempt to politely ask for directions will go something like this.

No matter what, you’ll eventually call it quits. Other drivers will pass by and laugh at another out-of-towner foolish enough to think they could navigate our roads.

Ultimately, when you do give up, you’ll pay out the nose to park your car in some gravel lot (DO NOT PARK ILLEGALLY, lest you want to engage in your own personal “Hundred Years War” with Park Atlanta) and head to the closest MARTA station.

Once aboard MARTA, you’ll realize it’s not like this and that, from the get-go, you should have rode MARTA….and utilized their free daily parking instead of paying $25 for a parking spot guarded by someone like this from Park Atlanta.

Moral of the story? If you’re coming into town for the game, do yourself (and everyone else) a favor by taking MARTA.
Side Note: If OTP (Outside the Perimeter), The Big Chicken is your reference for everything between I-75 and GA-400. The Big Chicken = The North Star. 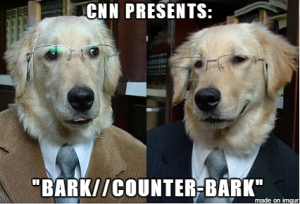 At a time when it feels as though you can’t find a native Atlantan in the metro area to save your life, along comes ElBandejo. He’s not actually a native, but having lived here since he was 5, he’s about as close as you can get. How rare is it to find someone who has lived here this long? Those not as well versed in history believe that ElBandejo witnessed “Sherman’s March to the Sea”. In reality, ElBandejo is a child of the “New South” that loves his city, but loves poking fun at its well-known issues even more. Hopefully, humorous commentary can beget actual change.