5 Reasons to Love the South 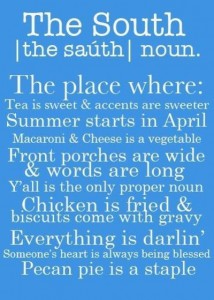 Editor’s Note, this post originally appeared on “Not for Nothing Y’all” by the lovely Brittney Vasina.

If you had asked me to point out Atlanta on a map before I moved here from New York, I’m not sure I could do it. I had never really heard of the city. I guess I probably just knew it was in the South – and at that point, to me I believe the South was just simply a place where people farmed…to me it was a place that probably did not have electricity or internet. I’d never been, and was quite content with that fact. You can imagine the horror I felt when my parents told my sister and I that we were moving to Georgia…”Why would we do that?”

We started our journey to the South the summer before I started 6th grade. It was 1997, when I was 10 and my sister was 6. We drove what seemed like forever. The further away from New York we got, the more I was convinced that people did not speak English. I cried. I wondered, “How would I learn this language?”

But it’s been 17 years since that trip to the South, and I’m still here because there is so much to love about the South – especially Atlanta. Here are my 5 Reasons to Love the South.

The Atlanta skyline is absolutely breathtaking – especially at night. The vast array of architecture and height creates so much beauty and interest. The view coming into the city going south on Peachtree is to die for. The buildings in Buckhead start “small” and get bigger as you head into Midtown, then most stunning Downtown.

We like to hug. It’s just how it is. When I meet you, I’m gonna probably hug you.

Southerner’s like meeting new people for the most part and will invite you in. We talk to random people on the streets, in line, on MARTA, in restaurants. It’s great. If you’re not from the South and this happens to you, this isn’t “weird”. It’s totally normal to engage in conversations with complete strangers. If I had a dollar for every time I did this, I’d be retired. 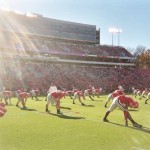 We love our Football – college in particular. If you don’t like football, you better start. The season “Fall” was made for this sole purpose. We spend our Saturdays tailgating and watching games…SEC games, of course. We all know that the SEC is the best conference hands down. If we could only kick Florida out, we’d be set. Oh yeah…and GO DAWGS! 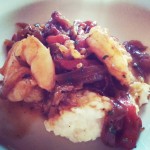 Thank God I didn’t grow up around this, but every once in awhile, it’s good to have a real Southern meal. I’m not talking KFC. I’m talking about going to your friend’s grandma’s Thanksgiving dinner and trying the cornbread made from a 200-year-old recipe out of a cast iron skillet. Get you some okra, collards, and biscuits & gravy while you’re at it…and don’t ever touch a Southern woman’s cast iron skillet.

5. Southern Manners
Manners are on a whole ‘nother level in the South. “Yes Ma’am” and “Yes Sir” are the standard – especially among children and adolescents. I still do this. It’s ingrained. If you aren’t from here and someone says it to you, they aren’t saying you’re “old” – this is second nature and polite. We respect our elders and say “Please” and “Thank You” – always.

There is so much more to love, and I’m sure this will be one of many. #LoveTheSouth

Brittney Vasina was born in New York, but raised in Atlanta and has enjoyed the best of both worlds. In 2010, she graduated from the UGA with a degree in Economics. She is a Senior Software Engineer by trade and has just started blogging as a great way to decompress and connect with others. Keep up with her on Twitter and read more of her musings at “Not for Nothing Y’all”.

3 Responses to “5 Reasons to Love the South”