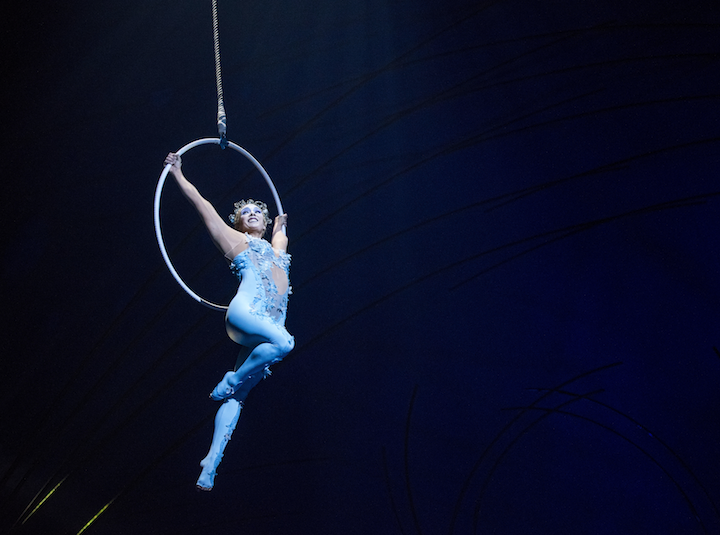 Amaluna is the newest Cirque du Soleil extravaganza now showing under the big top at Atlantic Station. For the first time in Cirque du Soleil history, the cast is more than 70% female with 46 artists representing 17 nationalities. The Cirque development team wanted to create a brand new show making a conscious effort to showcase the strength and beauty of woman. The band is also 100% female, another first in Cirque history. You go girl(s)! 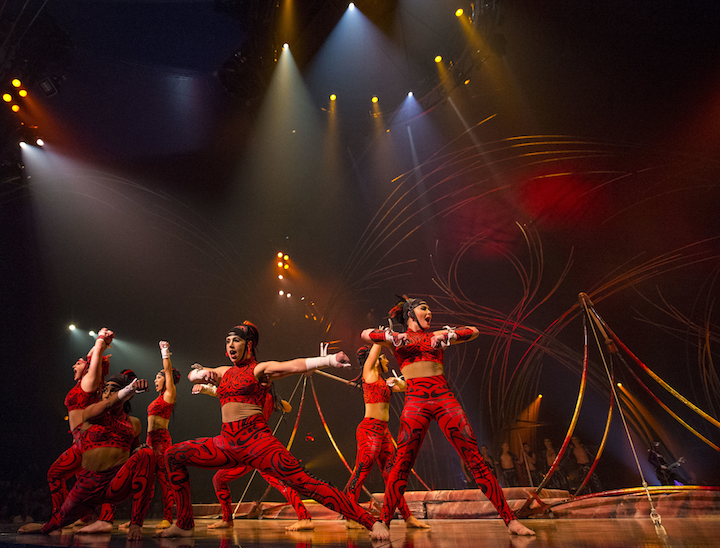 The “Amazon” warriors (featured above) are the first uneven bars act in Cirque history. The performers are all former NCAA gymnasts recruited just for this show. They even designed their routine during a workshop which started before rehearsals began.

“Amaluna is a tribute to the work and voice of women,” explains Director of Creation Fernand Rainville. “The show is a reflection on balance from a woman’s perspective,“ he adds. Show Director Diane Paulus says: “I didn’t want to build a ‘women’s agenda’ show. I wanted to create a show with women at the center of it, something that had a hidden story that featured women as the heroines.” 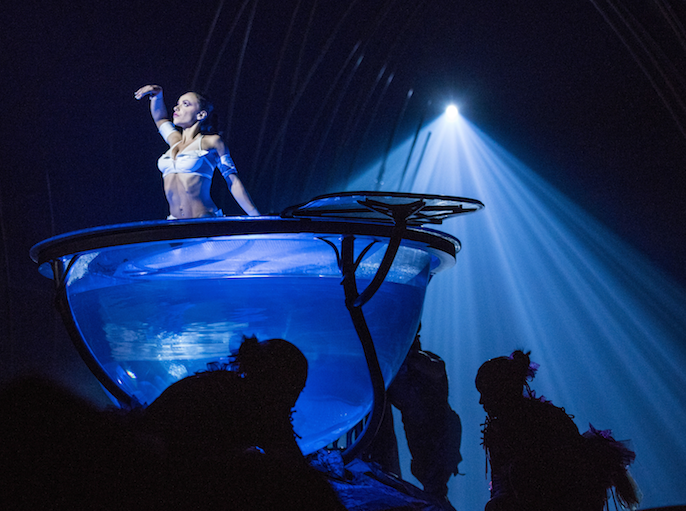 A few more fun facts: this is the first time the water bowl act has been performed on tour (although it’s used in Cirque’s Vegas shows). In the interest of sustainability, the tank is only filled once per city then filtered like a hot tub. There are 114 people in this traveling circus with 50 trucks weighing more than 2,000 tons. There are 1,000 costume pieces used, and all the performers are trained in how to apply their own makeup. 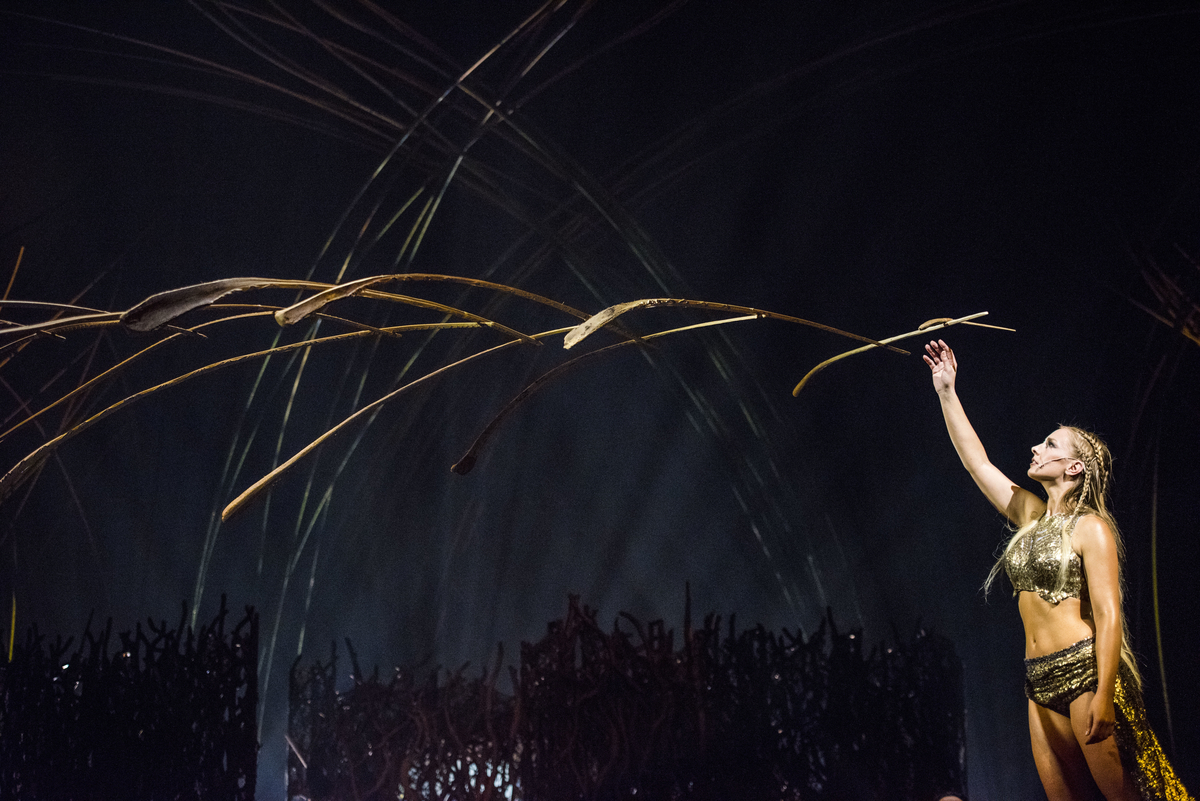 This balancing palm branches act is another first for Cirque. The performer “the Balance Goddess” creates a mobile made of 13 palm branches which she literally balances in the palm of her hand. 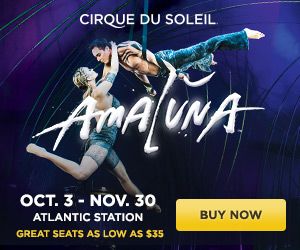 Amaluna is playing now through Nov. 30 at Atlantic Station. Click here for a list of showtimes and to purchase tickets. Pretty Southern is giving two of our lucky readers a pair of tickets (each) for next Tuesday, Oct. 28, at 7 p.m. Comment below and share this post for a chance to win! The two winners for the two pairs of tickets will be notified via email.

10 Responses to “Amaluna at Atlantic Station”