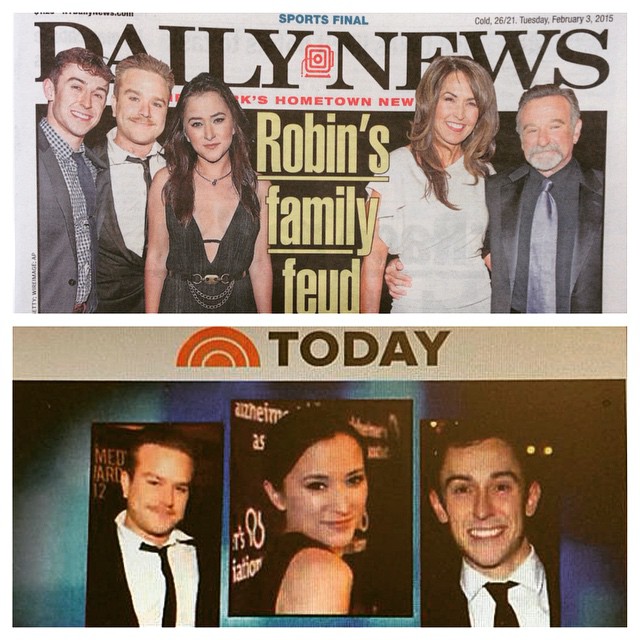 Cody Williams picture far left above and right below

The New York Daily News made a pretty big error in fact checking today by mistaking Broadway star Cody Williams with the late Robin Williams son, also named Cody. The young performer, originally from Kennesaw, Ga., got quite the surprise this morning when the print edition of the New York Daily News had his photo on the front page.

“I woke up before my alarm went off because my phone kept buzzing. Tons of friends had texted and emailed me about the mix up,” this Cody Williams said. “The mix up couldn’t have come at a more coincidental time because the NY Daily News was actually at my apartment yesterday doing a Valentine’s themed article about my girlfriend and I. I’m so sorry for everything that the Williams family has gone through, and I hope they have a good laugh every time they see my picture photo-shopped in with theirs.” 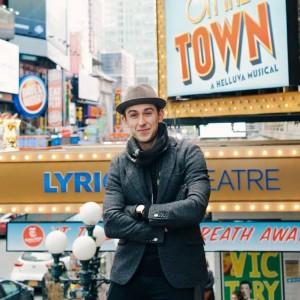 Will the real Cody Williams please stand up?

Cody Williams is currently performing in the Broadway revival of On the Town along with his girlfriend, Alysha Umphress. We’ve kept up with Cody (including seeing the show during our recent trip to NYC) since he graduated from Cobb County’s Center for the Performing Arts at Pebblebrook High School. His Broadway credits include the revival of Cinderella and Memphis.

In a search for “Cody Williams” in Getty Images it’s understandable how this mistake could have happen, but it should have been caught before being plastered on the front page of the print product. The online version of the story has been corrected.

What do y’all think about the mix up? Keep up with Broadway’s Cody Williams on Twitter for more.