Why I’m Not Watching Southern Charm 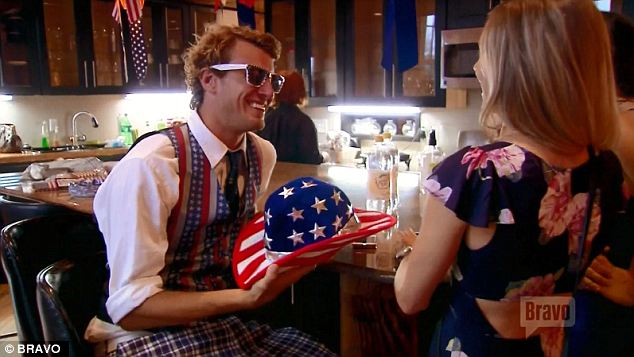 For some god forsaken reason, Bravo has brought back Southern Charm for Season 2. The first time I saw the promos splayed across social media for the show’s launch back in 2014, I was disappointed.

Here we go again. Yet another portrayal of Southerners doing supposedly Southern things in the lovely landscape of the South.”

But none of it is authentic. There’s nothing particularly Southern or charming about Southern Charm. Just like the shows kindred spirits at The Real Housewives of Atlanta and Party Down South, the scripted drama that these characters act out is more narcissism than an ode to the South. 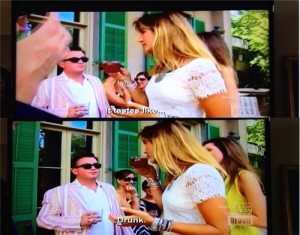 The audience sees them prancing around in seersucker suits and pretty dresses, sipping juleps that “taste like drunk” tossing out “y’alls” like it’s their job (because it is).

As Southerners, we need to collectively say no to the further perpetuation of these stereotypes by refusing to tune in to these shows. I’ve never watched an episode of Southern Charm, Real Housewives, or any other reality show and don’t intend to. My time in the South is too precious to worry about somebody else’s baby daddy drama or some chick who claims she’s a Southern Belle but sports fishnets, Louboutins, and jets around on her older boyfriend’s plane.

I’m all for the idea of a modern, Southern woman…that’s just not my definition.

Speaking of which, let’s talk about the “gentlemen” of Southern Charm. For any guy out there who claims to be a gentleman but then can’t handle his liquor, here’s a little lesson for y’all courtesy of Gone With the Wind:

It’s the last two items in this sentence I think would do well to serve the rather knavish male characters on Southern Charm. From what I’ve seen in the promos, there is no refinement or elegance. The drunken brawls demonstrate the incapability to carry one’s liquor like a gentleman.

I implore anyone who calls him or herself a Southerner not to watch Southern Charm. Please y’all. I’m begging you. Instead of spending 30 minutes watching this show, you could read multiple chapters of Gone With the Wind for free here. I promise y’all, the characters in Margaret Mitchell’s fiction have a lot more to offer, and an award-winning story, than anything else on TV.

Recently I was contacted by a reality television development company considering a “Buckhead Betty” show. They found Pretty Southern and wanted to pick our brain about the Buckhead Betty. In my 15 minute conversation, I advised that no respected woman from Atlanta, who actually could be considered a Buckhead Betty, would deign to appear on a reality television show. It’s the same reason why real debutantes, Southern women who had a proper debut, don’t do media appearances about being a deb.

We have much more important things to concern ourselves with when it comes to our own party down South.

Lauren Morgan Patrick is the editor of Pretty Southern.com, a native Southerner, UGA graduate, and Georgia Bulldogs fan. Y’all can find her writing, wining, and dining in Atlanta. Keep up with her & Pretty Southern on Twitter, Pinterest, and Instagram.

One Response to “Why I’m Not Watching Southern Charm”