In Defense of Charleston

I was one of those people this website made fun of for loving Charleston.

I’m a native of Mount Pleasant, but I’m not going to respond with personal attacks or vulgarities. I just want you to know that after 21 years of living in the same place, I’ve never been bored. All of the groups, places and activities I plan on mentioning I’ve experienced personally; moreover, this is not an exhaustive list. I am absolutely not an expert on Charleston, I’ve just lived here for a while and I hate that people might be missing out on what our city has to offer.

I get the whitewashed feeling, I really do, but I also don’t bemoan the commonalities and judge the people around me for how they choose to dress. I won’t get in to the how that attitude is substantially more damaging than someone choosing a buy a popular brand of t-shirt, because that’s another post I don’t have time for right now. Instead, I would very much like to assert that you could not possibly long for diversity if you can’t find it in Charleston.

Let’s open our eyes together. 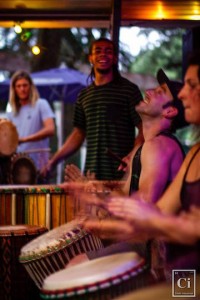 There is a very involved African-American community that celebrates their culture and shares it with the community. Let’s start with the various African Drum and Dance Groups like WoSe, Wona Womalan, Djole, and Adande. I absolutely recommend to you, and anyone else who hasn’t seen a performance, to glance at these websites and find one of many events you could go see; they are rather beautiful. There’s also the yearly Moja Arts Festival, which celebrates African-American and Caribbean arts and culture. There are various groups promoting and teaching Gullah Geechee culture including Gullah Geechee Group and African American Charleston, to name just two. I am personally particularly proud of this segment of the Lowcountry’s history. If you took some time and experienced it, you might be, too.

I’m incredibly confused by your inescapable boredom. I think it, too, is related to a lack of trying. There are hundreds of things other than the beach, going out on the boat, or walking the bridge that you could try (although I’ll never get tired of any of those and can’t fathom how you are). Let’s address your horror at our “two” museums. Do you mean fifty or so? Because if you hop on down to Meeting Street, on the Museum Mile there are “six museums, five nationally important historic houses, four scenic parks, a revolutionary war powder magazine, as well as numerous historic houses of worship and public buildings including the Market and City Hall, in just a singular mile of the entire city. Here are about twenty more in just Charleston county. I don’t know how being in such a historically important place can be wearisome, but you could try some of the many, many art galleries all along Broad, Meeting, and King, the Gibbes Museum of Art on Meeting, or the Halsey Institute of Contemporary Art at the College of Charleston. I don’t mean to brag, but Charleston native and internationally-known graphic designer Shephard Fairey of Obey Giant not only had an incredible exhibit at the Halsey, but also marked up the city with his murals (on top of the Francis Marion hotel, splashed across the side of College Lodge Residence Hall at the College, on a pillar of the old Cooper River Bridge, etc.).

If you’re tired of looking at beautiful things, listen. Attempt to enjoy Charleston’s brilliant music scene. You can try the bigger venues like Charleston Music Hall, the Music Farm, The North Charleston Performing Arts Center, and Family Circle Stadium for big ticket events, or pay a couple dollars to listen to some locals and smaller sets jam at places like Kudu Coffee and Craft Beer, King Dusko, The Pour House, The Royal American or my personal favorite, Awendaw Green.

Go to their Wednesday night Barn Jam for a really cool scene, good music, and yummy food. Finally, if you’re still not satisfied, the Charleston Symphony Orchestra and the Jazz Artists of Charleston put on some incredible shows.

Bottom line: we don’t live in a vacuum devoid of culture.

I realize that you could possibly still be completely bored. It sounds like you’re into the outdoors so do a little research into the Francis Marion National Forest. You can bike, camp, fish, hike, and horseback ride to your heart’s content. Look, I found the woods for you. 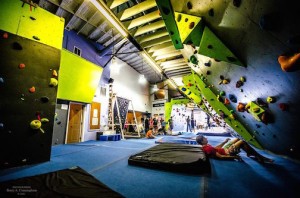 The Wall at Coastal Climbing

I took the liberty of finding several more things you could possibly do in this miserable place:
• As one of the biggest arts celebrations in the world, the Spoleto Festival is a must. Simultaneously, Piccolo Spoleto showcases more local artists, too. If you can’t find something that interests you in these two festivals, then I may not be able to help you.
• Just go a couple miles in various directions, hit water, and go kayaking or paddle-boarding. Rent equipment here: Half Moon Outfitters, Charleston Outdoor Adventures, or even more
• You could go bouldering or climbing, even on a peninsula a foot below sea level. If you can stomach driving to one of the islands you care so little about, James Island has a great climbing wall, too.
• There are some incredible lectures at the College of Charleston, the Medical University of South Carolina, and the Citadel that are open to the public. My favorite is the TEDx event.
• Sports fan? Try any of these: A Charleston Riverdogs baseball game, a Charleston Battery soccer game, a Stingrays hockey game, and The College of Charleston or The Citadel baseball, basketball, etc..
• The South Carolina Aquarium has otters. Really cute otters.
• Try the Sewee Center and see some really rare Red Wolves.
• Want to laugh so much it hurts? Try Theatre 99. It literally says, “Where boredom goes to die” on it’s home page, so you must not have been there yet. Improv night is my absolute favorite.
• The South Eastern Wildlife Expo is always cool.
• Charleston Fashion Week always makes you feel especially chic.
• Visit a distillery, one of Charleston’s growing industries. These are just two of many local breweries: Westbrook Brewing and Palmetto Brewery.
Next, it is misinformed to claim that we have no corporations in Charleston. Look up Boeing, Kapstone Paper Kraft, Blackbaud, and BenefitFocus, among many. Speaking to the last two, Charleston is rapidly developing a reputation for high-quality computer science and digital marketing companies.

I cannot speak to your distaste for our food because I honestly cannot comprehend it. My favorite “ethnic” restaurants that you think are missing are Co Banh Mi Noodles Bar (Vietnamese, on King St.), Leyla (Lebanese, on King St.), Pane e Vino (incredible Italian food, on Warren St.), and O-ku (Japanese, on King St.). There’s also an ethnic grocery in Mt. Pleasant, Venta De, if you can’t handle driving to North Charleston.

Finally, I can’t help you find a date. That’s an intensely personal journey that Charleston is not responsible for. I do think, though, that if you try some of the activities and places I’ve mentioned, you’ll meet some really cool people.

I hate that you’ve had such a miserable time in a place I love so much.

I also hate that you had to receive so many awful comments on your original piece. I do have to acknowledge that there are awful people here and online, but they’re in Atlanta and every other city in the world, too. Surround yourself with people that build you up and please, in the future, don’t try and tear an entire group of people down. We don’t like getting judged. If you want diversity, find it in the people around you instead of lumping them into stereotyped groups. I hope you can find something in here that can improve your time in Chucktown before you move—and maybe even change your mind. 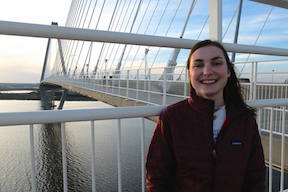 Rebecca Sydow is a third year psych and history student at The College of Charleston in Charleston, SC, who loves her hometown more than she thought. You can catch her playing with her cat, eating yummy food, or exploring the Palmetto State from the Atlantic to the Appalachians. Ask her to name all 46 counties in the state of South Carolina (in song form).

15 Responses to “In Defense of Charleston”