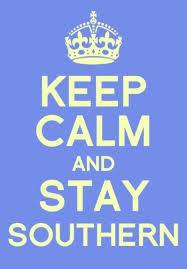 On Wednesday, March 18, Pretty Southern published a contributed editorial from a young, single woman who spent the past six months living in Charleston. As a native of Atlanta, she’d always loved Charleston and decided to move there. Well, things didn’t quite turn out like she expected, and Pretty Southern invited her to share her opinion. Essentially, she called the city of Charleston an “ugly baby”. Charleston residents picked up the story, as did Reddit, and the local media outlets. Our story went viral.

The post received 8,000+ Facebook Likes before it had to be taken down due to the author of the post receiving threats. Pretty Southern’s unique visitors represented all 50 states, including Alaska and Hawaii, and 113 countries around the world.

We were invited for an interview on Mix 96 Live, Charleston’s local radio
On Friday, March 20, Pretty Southern had its first radio appearance. I called into “2 Girls and A Guy” to discuss this post, why we chose to publish it, and the crazy response. The full interview is available here. We also had a local College of Charleston student submit “a polite rebuttal” in defense of her city.

Meanwhile, back in Georgia…

It’s our privilege to announce our membership with the Atlanta Press Club as a journalist member.
Pretty Southern was also named PR/Social Media Chair for The Atlanta Food Blogger Society. We’ve been tasked to help further expand the outreach of our 40+ bloggers by aligning our efforts with local Atlanta PR firms, restaurants, and festivals to promote the city’s dining scene.

We’re also excited to celebrate the 100th birthday of UGA’s Grady College of Journalism & Mass Communication. The Grady College Centennial Weekend kicks off on Thursday, April 16 with a symposium at UGA, with a field party on Friday, April 17, and a black tie gala on Saturday, April 18, followed by a brunch on Sunday, April 19. More information including tickets can be found here.

It’s hard to believe March is already almost over. Springtime is upon us, which means festival season is coming too. This week we’re particularly excited for our PR/Marketing/Social Media girls meetup hosted by the lovely Tori Allen. Plus we’ve got BaconFest for Dad’s Garage, the opening of D. Gellar & Son’s new location in Sandy Springs, and much more. Please make sure you follow us on social media for the latest updates.

And as always, bless your heart! #LoveTheSouth

Lauren Patrick is a native Southerner, UGA graduate, and the editor of Pretty Southern.com. Y’all can find her writing, wining, dining, and working out in Atlanta. She’s a member of the Atlanta Blogger Network and Atlanta Food Blogger Society. Keep up with her & Pretty Southern on Twitter, Pinterest, and Instagram.