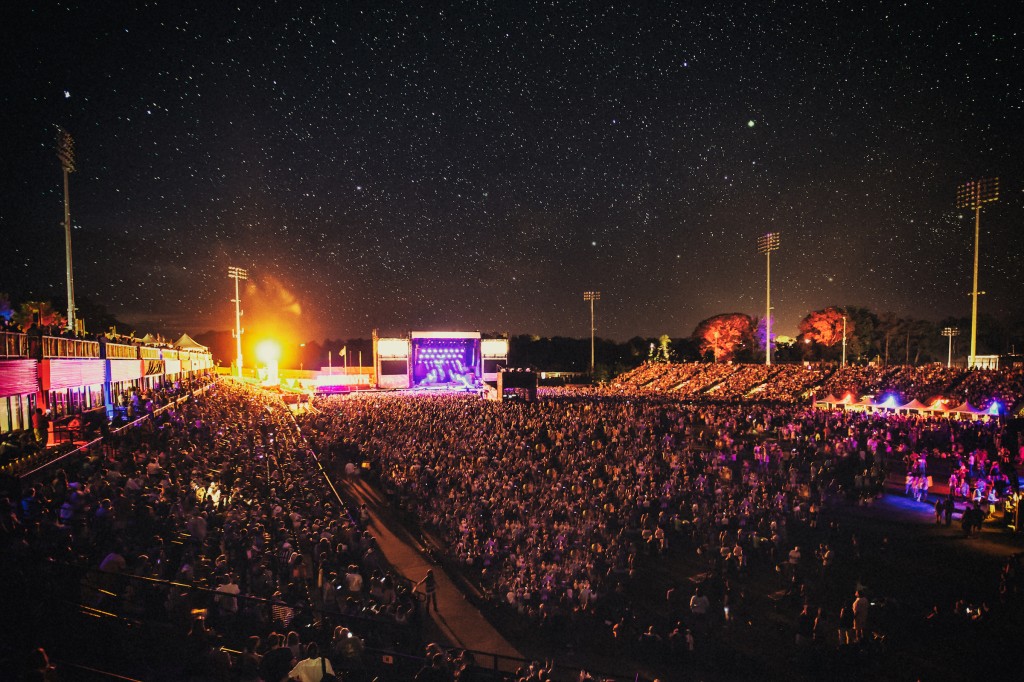 Blake Shelton at the inaugural Shaky Boots festival in Kennesaw.

The inaugural Shaky Boots festival rocked Kennesaw like no other music festival has in North Georgia ever before. There’s something about the South, in this blessed mountain area nestled among the pine trees, that welcomes one and all with open arms. For the brightest stars in country music – and a few rising stars too – for one weekend in May they called Kennesaw home. We certainly hope Shaky Boots will be a Southern staple for country music in the future. 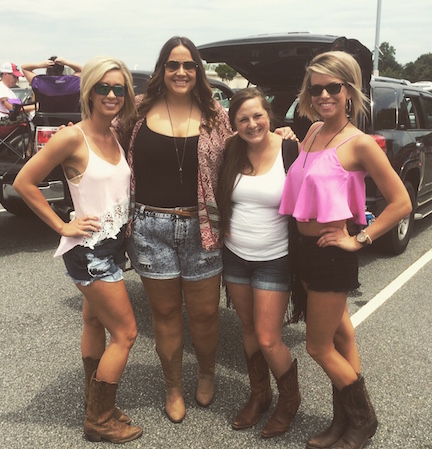 These south Georgia girls at Shaky Boots are the definition of Pretty Southern.

I’m a Southern girl, born and bred south of the Mason Dixon line, and for almost 20 years I’ve called Georgia my home. When I first moved to Kennesaw in 1996, this place was the sticks. We had a mall, and a few grocery stores, but the closest WalMart was at least 20 minutes away. Now, according to Shaky Boots promotional team, Kennesaw is considered Atlanta…and I couldn’t be prouder. Kennesaw has truly come into its own, and Kennesaw State University has grown exponentially over the past two decades. Who would have thought that we would see dozens of country stars simultaneously perform this once tiny suburb of Atlanta?

The two days I spent covering the Shaky Boots were hands down the best time I’ve ever had in my hometown. It was pretty cool when folks asked me “Where ya from?” that I was able to say “Right down the road. I’m even crashing at my parents’ house for the weekend!” Lord knows it beats the pants off paying for a condo on the beach, or sweating your fanny off in a field somewhere, just for a music festival.

Here are a few highlights from the inaugural Shaky Boots Festival – Where Kennesaw meets Coachella.

When it comes to fashion statements expect everything in between. Sure there were plenty of jean shorts, American flag tank tops, and boots made in every form and fashion. But then there’s this… 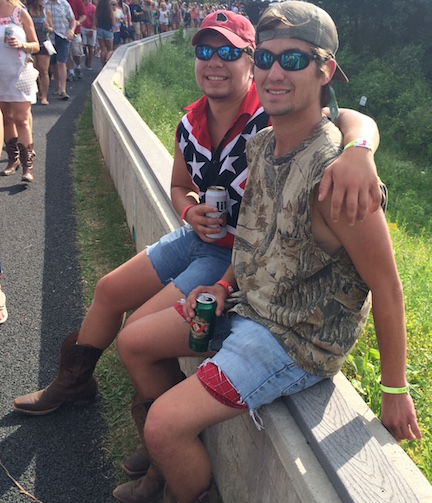 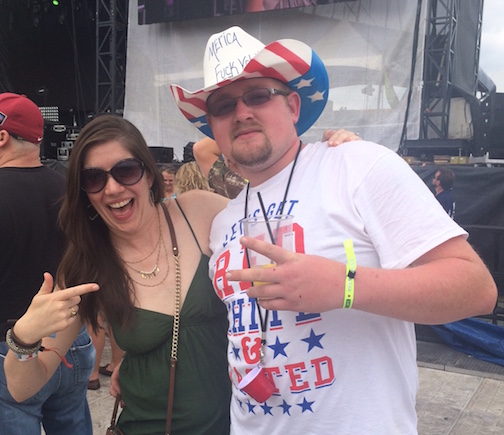 ‘Merica. F*** Yeah. Yours truly with this awesome dude

Another great moment was getting to talk politics with Ketch Secor –the front man and founder of Old Crow Medicine Show. He has some profound and pragmatic views on the importance of legalizing gay marriage in the South. I reminded him that in Georgia we can’t even drink booze before 12:30 pm on Sunday – even at Shaky Boots – so it would be a long time coming before the fair state of Georgia would even give our brothers and sisters the right to say “I do.” 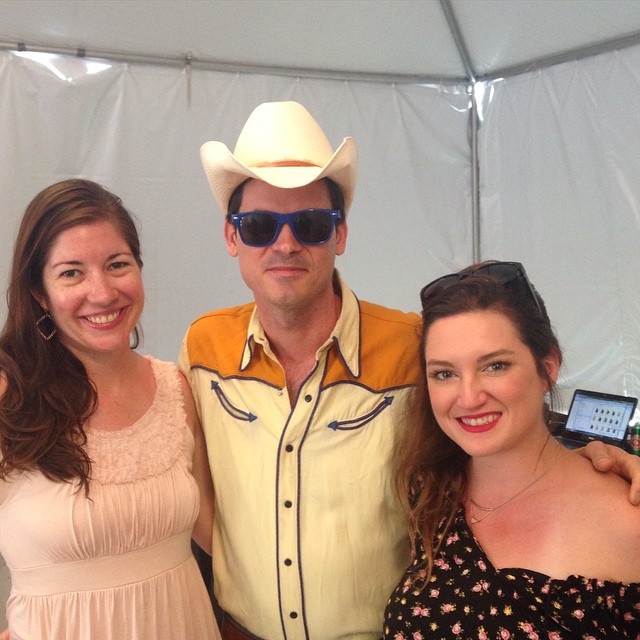 Now this is one festival highlight that might be on the Pretty Southern lifetime achievement list: shotgunning a beer with Eli Young Band. The group was in the media tent getting interviewed by Cody Alan from CMT Top 20. It started pouring down raining outside, and y’all know that in the South, when it rains, we pour. So, Jon Jones, James Young, and yours truly decided to shotgun a beer! 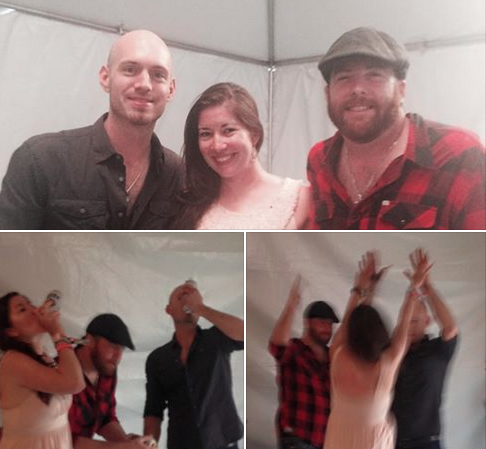 The guys told me this was one of the traditions they had on tour with Kenny Chesney.

Now let’s talk about the up-and-comers in country music. There’s a true rising star in Nashville, and it’s a constellation named John and Jacob. This fearsome group of five gentlemen are one of the best bands I’ve seen in a hot minute. 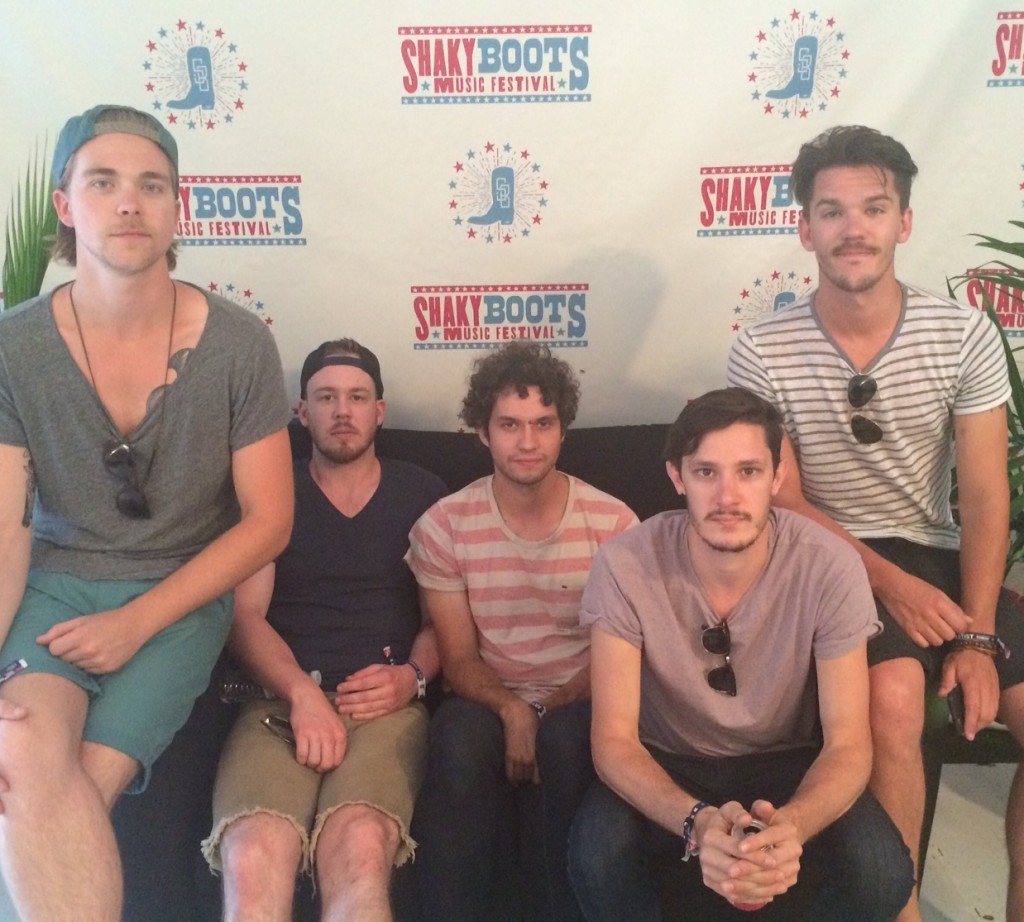 John Davidson and Jacob Bryant met in Birmingham when they were still in grade school and bonded over their passion for music. Fast forward to present day and they’ve added Jake Thrasher, Austin T. Smith and Trevor Davis to their band. They traversed Europe with The Band Perry and wrote the hit single Done. Their song “Be My Girl” was featured on the ABC hit Nashville. Check out our interview with them thanks to @Periscope

Another one of my new favorite country bands is The Railers. If you’ve never heard these fine folks perform then do it now.

Their tracks have lyrics that are so catchy, and their look is quintessential modern country. The Railers also definitely have my favorite quote for 2015:

Honorable mention – and a giveaway! 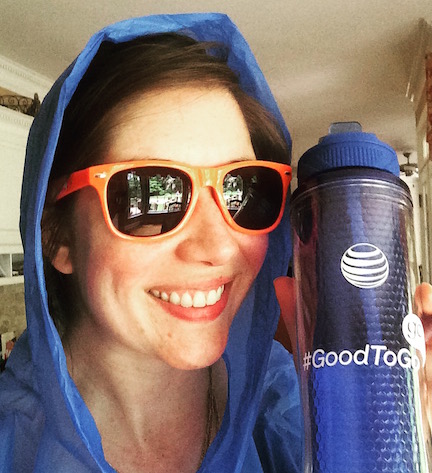 Representing AT&T as a Digital Brand Ambassador was pretty awesome.

The kind folks at AT&T reached out to me to help represent their brand at the inaugural Shaky Boots Festival. They sent over this awesome AT&T survival kit which really came in handy during the festival, especially when the rain hit!

AT&T is also offering a giveaway! If you post a comment to this blog, you’ll be entered into our raffle for a free AT&T GoPhone.

Special thanks goes out to Mason Jar Media for their help coordinating the event coverage. We can’t wait for Shaky Boots 2016! Comment below for a chance to win an AT&T Go Phone!