“Star Wars” Episode 7 – A Review with No Spoilers

“There has been awakening. Have you felt it?”

When I was about 7 years old, I got to watch the first trilogy. Princess Leia became my new hero. Here was this awesome lady who was a smart, brave, and gun-slinging defender of the galaxy. She was a welcome idol in the age of Disney princess cartoons.

In Episode VII: The Force Awakens, Leia, Luke, Han, Chewie, C-3PO, R2-D2, and the gang are back. What’s better is there are multiple powerful females to cheer for in Episode 7. 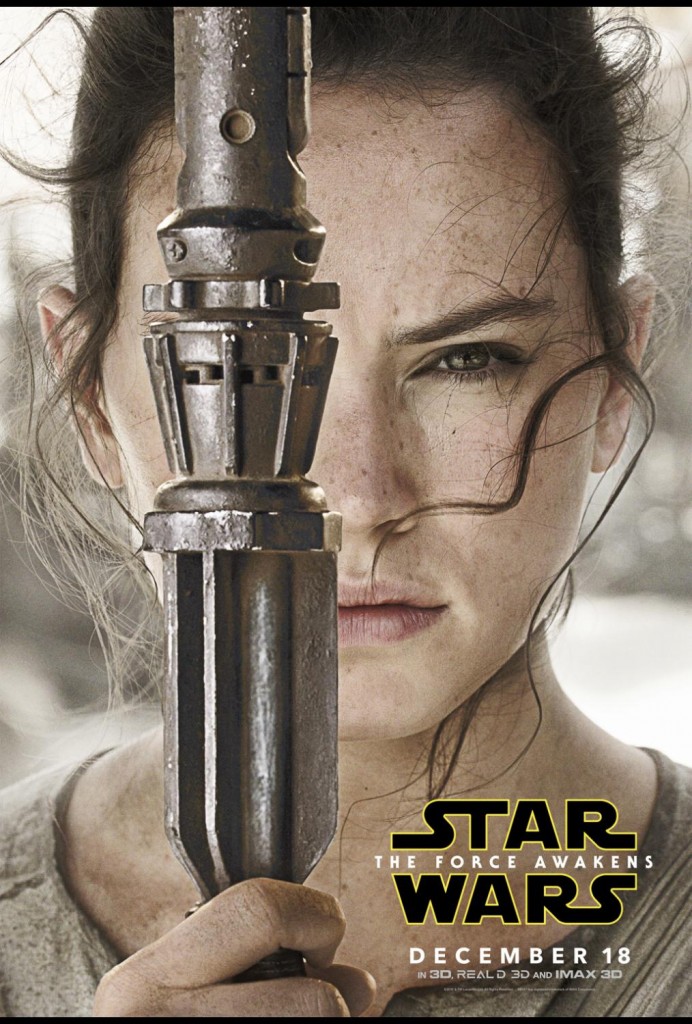 Daisy Ridley as Rey is a hero for both girls and boys of all ages. From the moment we meet her spelunking in a cavernous crashed battle cruiser, we’re rooting for her to win.

She’s not the only wonder woman of the new Star Wars. The remarkable Lupita Nyong’o plays a completely CGI character, Maz Kanata. Game of Thrones fans will be happy to see Gwendoline Christie (a.k.a. Brienne of Tarth) as the Captain Phasma, leader of the Storm Troopers. Christie is once again defying gender stereotypes for how females are portrayed in the media.

Okay, now that I’ve got the #GirlPower out of my system, let’s talk about the movie.

In order to see the early screening of the film, media had to agree not to share any plot twists or spoil anything for our readers. I wouldn’t want to. This film is arguably one of the best movies I’ve ever seen. The Star Wars series will continue to entertain generations to come. Here are the traits which I think made this movie so fantastic.

Acting – unlike Episodes 1-3, there are no namby pamby diatribes from Hayden Christensen as Anakin Skywalker. The quality of acting from all the players, even the CGI ones, is on point.

Directing – J.J. Abrams is a master storyteller. As a fan of both Lost and Star Trek, I’ve come to admire his work. He went above and beyond for this film. I got chills when “A long time ago, in a galaxy far far away…” scrolled across the screen. The chills kept coming, especially during nostalgic moments.

Cinematography – Now this is filmmaking. The overly done animated landscapes from Episodes 1-3 are welcomely replaced by throwback physical sets, such as the Millennium Falcon. And those special effects…can I say “on fleek”? This is Star Wars for 2015.

Music & sound – Glorious is the word. John Williams, yes, the John Williams of the original Star Wars, Indiana Jones, Jaws, Hook, Jurassic Park, Home Alone, Harry Potter (I could keep going) created another opus. You can close your eyes and just listen, but don’t do that. Even the digital chirps from the precocious droid BB-8 aim to please.

Script – the dialogue in Episodes 1-3 particularly bothered me. It was awful, and not only because of Jar Jar Binks but from campy one liners even Natalie Portman couldn’t improve. Episode 7 is brilliantly written. Michael Arndt of Oscar-winning Little Miss Sunshine and The Hunger Games wrote the original script. It’s a hell of a story.

So let’s talk about the story, with no spoilers. Even if you knew nothing about Star Wars, you might consider Episode VII: The Force Awakens as one of the best films of our modern times. For fans of the series, you’ll be delighted. At the media preview, I sat in front of a diehard fan who said he “couldn’t be f—ing happier” with the movie.

From the bevy or previews and trailers, we know that the galaxy is not safe. The viewer sees remnants of the old empire. Even after the demise of Darth Vader in Episode VI: Return of the Jedi, there’s a new villain named Kylo Ren. Darth Vader was ruthlessly evil, but he was also calculated. Kylo Ren, on the other hand, has a temper. I’ll leave it there.

His foil is Rey, a lonely girl working to collect scrap metal on the barren planet of Jakku. 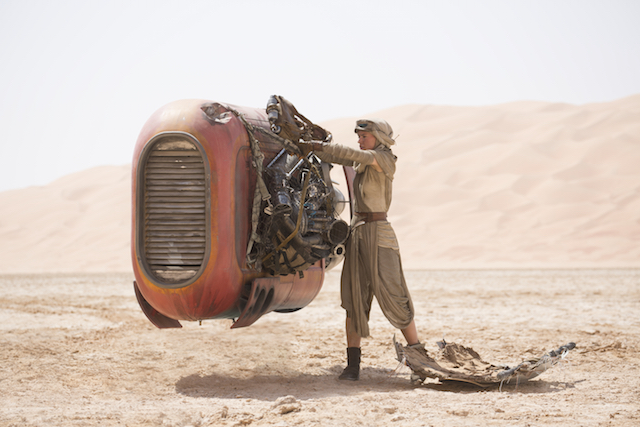 Early in the story, Rey meets Finn a storm trooper with a conscience, who says in the trailer: “I was raised to do one thing. But I’ve got nothing to fight for.”

Rey and Finn thus begin their quest together on Jakku.

Where it goes from there…well, I’m gonna stop while I’m ahead. Forget about Episodes 1-3. Even if you’ve never seen the original Star Wars trilogy, Episode 7 is a strong enough film in-and-of itself to not rely on the canon. The same classical elements of Episodes 4-6 are felt throughout the film, especially the cinematography.

With four movies planned to come in the series by 2020, the Star Wars saga will continue to influence the zeitgeist of pop culture. What are your thoughts? Let me know in the comments section below.