Where can you find a sweet music festival with over 100 acts, five stages, your favorite fair and street food and drinks, every music fan under the sun and so much more? Right here in Chattanooga, Tenn. 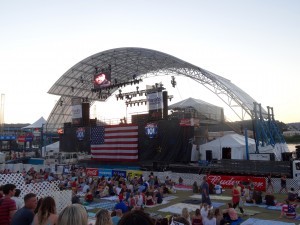 The world-famous Coca-Cola Stage at Riverbend 2016

This year, the award-winning Riverbend Music Festival celebrated its 35th year with eight nights of fantastic live music, right on the banks of the Tennessee River in downtown Chattanooga. From June 10th through the 18th, music aficionados from Chattanooga and beyond came to see their favorite acts perform on the world-famous Coca-Cola Stage and four other stages.

Riverbend is one of Chattanooga’s premier events; after attending this year, I totally see why! Over half a million people attended this year; for many, it’s an annual family affair.  It’s a giant weeklong party and everyone is invited. Whether you’re a Riverbend newbie or if you’ve attended for all 35 years, or anything in between, there’s something new and exciting about the festival each year. I had never attended a music festival before Riverbend, and I have to say, I picked a great one to start.

Fun fact: Riverbend is ranked in the top 10% of music festivals in the country.

Aside from all of the incredible performances, my favorite part about Riverbend was witnessing the Chattanooga community in yet another setting, and watching everyone having a good time. People from all walks of life come out for Riverbend each year. There is hardly a better way to spend a late-spring-early-summer night than downtown by the river, munching on chicken on a stick (yes, that’s a thing), and enjoying live music with your friends and family. Chattanooga has amazing community spirit, and seeing how this festival brought people together to celebrate great music in a great city made me proud to call myself a Chattanoogan, even if I am a transplant.

Here are some of the top highlights from my experience at Riverbend 2016! 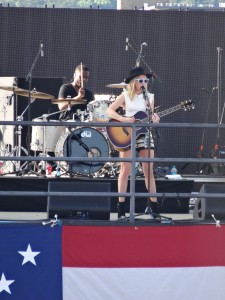 Riverbend 2016 kicked off night one with alt-rocker ZZ Ward and country superstar Thomas Rhett (be still my beating heart). ZZ rocked the stage with jams like “365 Days,” “Save My Life” and “Last Love Song.” She tossed in a bluesy cover of Nick Jonas’s hit “Chains.” She’s got a new fan in me, that’s for sure. Come back to Chattanooga any time, ZZ. You’re always welcome here.

Then there was Thomas Rhett. Be still my heart! Truth be told, I’m pretty picky with country music, but wow, can that man put on a show. He played through songs from both of his full-length albums It Goes Like This and Tangled Up, including two of my favorites “Crash and Burn” and “Get Me Some of That.” Every female in the audience swooned when he played “Die a Happy Man,” including myself. The best part of Rhett’s set, though, was when he handed his guitar to a stage assistant, hopped on the drum set and broke out into some “Cake by the Ocean” by DNCE. Talk about an amazing entertainer. 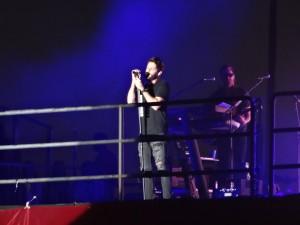 Two of rock and roll’s leading ladies, Ann and Nancy Wilson–also known as Heart–rocked the Coke Stage on night two. Festival organizers had been fighting to get Heart to perform for five years; this year, they made it happen. Those ladies can still kill a show and bring an audience to their feet, even after 40+ years. They played a collection of their hits–“Barracuda,” “Alone,” “Crazy on You” and more–and gave concert-goers a taste of some new songs from their upcoming album Beautiful Broken, due out July 8th. Mark your calendars, Heart fans. 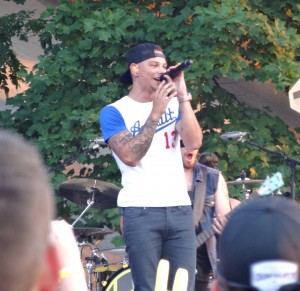 Chattanooga’s own Kane Brown performing on the Bud Light Stage at Riverbend 2016.

Night three featured country and folk acts, with Trampled by Turtles, Chris Young and Chattanooga-North Georgia native Kane Brown. The 22-year-old RCA recording artist performed a set on the Bud Light stage, including his singles “Used to Love You Sober” and “Ain’t No Stopping Us Now,” and a cover of George Strait’s classic “Check Yes or No.” He even added some Nelly to the mix. Brown had dreamed of performing at the festival since he was a child, and this year he made that dream come true. And he rocked it. Brown’s first full-length album is due out later this fall.

Other notable appearances and performances include 90s R&B duo Salt & Pepa, Australian-American Christian pop duo For King and Country, Christian rock band Hawk Nelson, Led Zeppelin tribute band Get the Led Out, Blood, Sweat & Tears featuring Bo Bice, The Shack Band and many more. The final two nights of Riverbend 2016 featured classic rock legends REO Speedwagon and .38 Special. A festival with a lineup like this has to go out with a bang–complete with fireworks. 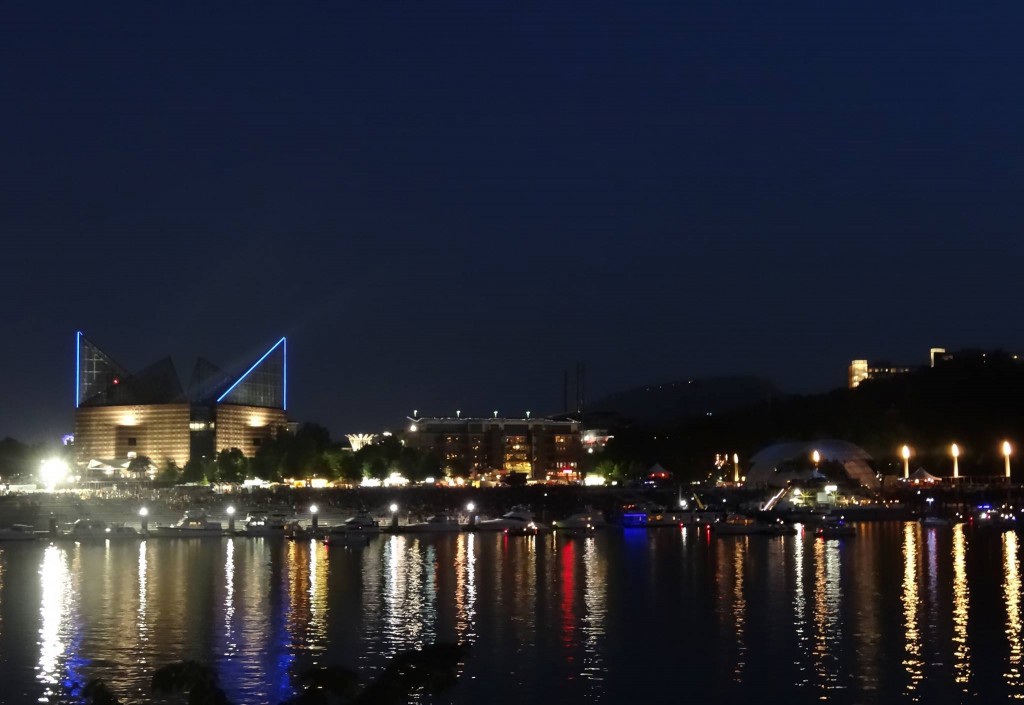 Is it time for Riverbend 2017 yet? I’m already anxiously awaiting next year’s lineup announcement.