For KasCie Page, it all started in a church in Conway, S.C. 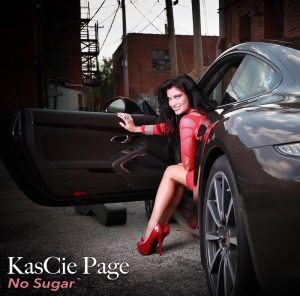 KasCie Page started singing when she was 3 years old. She grew up around music at home and at church. Her mom taught her a song that had been passed down on her side of the family called “Children Talk to Angels,” and that was the first full song she learned to sing. Soon KasCie was singing in the church choir and in her school chorus.

In addition to singing, KasCie experimented with songwriting as a young girl. She wrote poetry in high school, which later turned into song lyrics. Her influences and inspirations are widely varied, stretching from Dolly Parton and Martina McBride to Janis Joplin and The Rolling Stones. Her sound combines country, gospel and a little rock n’ roll in the smoothest way.

In college, KasCie studied finance and legal studies and only sang when she was home. After college, she moved to the small town of Red Springs in southeastern North Carolina and started working at a BB&T bank branch. She continued to sing in church, at weddings and family events, but only when she went home to Conway.

That was until she met Robbie Lee VanHoy at the bank in the late 2000s.

Robbie Lee had a background in performing and producing music and owned Soundland Studios in Red Springs. One day at the bank, he and KasCie struck up a conversation, which undoubtedly led to music. He said he’d written a song that he wanted a female vocal for, but hadn’t yet found the right voice for a demo. And thus was born the duo of KasCie and Robbie Lee.

On Page’s debut album ‘No Sugar’–set to release this week on Friday, Jan. 6, –it all comes full circle. 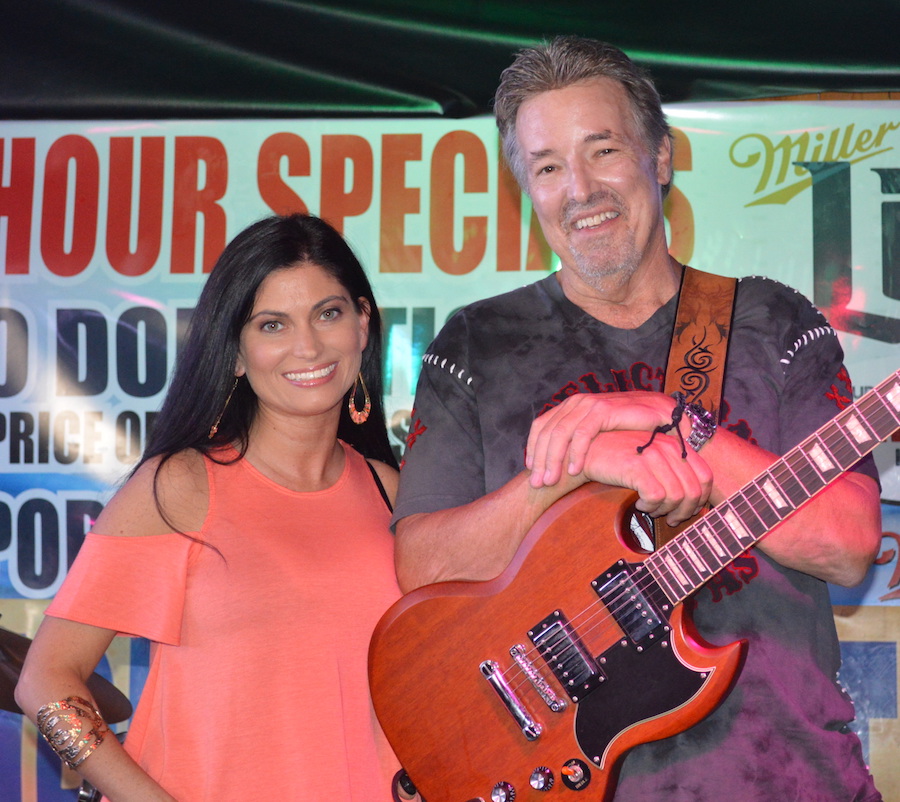 KasCie and Robbie Lee during the “Churches and Honkytonks” video shoot, August 2016.

“It just worked out from there,” KasCie said. She and Robbie Lee started playing and recording together and put a few early videos on YouTube, including renditions of “Beast of Burden” by The Rolling Stones and “Black Velvet” by Alannah Myles. By 2014, they started getting requests to perform at local charity events, and they were discussing getting bookings for venues that would pay. When asked for a name for their act, they decided on none other than Black Velvet.

After a couple of years, KasCie and Robbie Lee had a nice collection of tracks and videos, but they still wanted more. They wanted to make something big happen. So they started reaching out to record labels and recording studios. Robbie Lee had several connections through his independent work, one of whom was Dave Moody of Lamon Records, an indie label in Nashville.

Robbie Lee took a chance and emailed Dave, and within a couple of days, Dave replied and they set up time to talk on the phone. He asked for demo tracks, and a week later, he called back to discuss an artist development plan.

The next steps, of course, were traveling to Nashville to track and record the album. Being in the studio and going through the formal recording process was an exciting experience for Robbie Lee and KasCie. They tracked and recorded the 10 songs for the album, including what would become her first single, “Churches and Honkytonks,” and the title track, “No Sugar.” Of those 10 songs, three are Robbie-Lee-and-KasCie originals; they’re also excited for their remake of “Amazing Grace,” which is a nod to KasCie’s beginnings singing in church.

After recording the album, the next phase was shooting the music video for “Churches and Honkytonks.” They filmed on-site at Bethlehem United Methodist in Lebanon, Tenn., and Last Call Bar and Grill in Gallatin, Tenn., over a few days. They worked with a full production crew and extras to produce the video. Some of KasCie’s family members even make appearances in the video: her brother Ashley appears as the bartender and preacher, and her father Austin is seen in the pews in the church scenes.

“Churches and Honkytonks” was released September 19, and the video followed on September 30. Since its release, it has appeared on the New Music Weekly chart, ranking as high as #27, and on the AMC Country Hot 50 chart.

Throughout the whole process–recording the album and filming the video–KasCie and Robbie Lee met a lot of new faces and fostered many new relationships with people in the industry. It’s been an experience and opportunity that they will always remember, and they’re thankful for all of the support they’ve been given from friends and family.

KasCie Page’s album ‘No Sugar’ will be available January 6, and you can find it on iTunes, Spotify, Amazon Music, and anywhere music is sold. For updates and news from KasCie, follow her on Facebook, Twitter and Instagram. Booking information can be found on her website.

One Response to “KasCie Page Rocks in Debut Album ‘No Sugar’”