Towards the end of last year, Michelle Khouri said 2017 will be the Year of the Warrior. 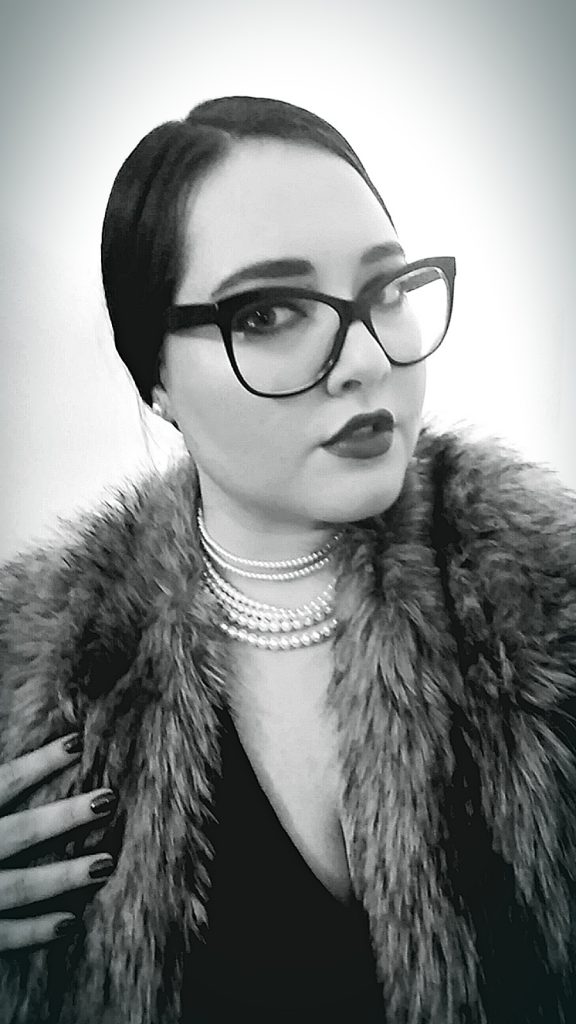 This year we’ll be joining forces with Michelle to support her in launching a nonprofit, Miranda Writes. More on that later. For now…

As 2016 came to a close, I thought a lot more about how the coming year would be the Year of the Warrior. Then something pretty cool happened. We were staying at home for New Year’s Eve. It was late afternoon and the skies were graying. A storm was coming.

For most of us in the South, y’all know about the torrential downpour we had for NYE. Before the storm came, I went to let our pup, Marley, out in the backyard. He took off barking! I cried out for Marley to stop, then cried, “Oh!” When I saw what he was barking at.

Across the fence, there was a pair of deer: a buck with multiple points on his antlers and a lovely doe. They bounded off after we scared them away. The deer could be heard trotting through the forest behind our house. A hawk that lives in those trees took off across the sky, a squirrel scampered down a tree to avoid becoming that hawk’s dinner.

This wildlife sighting in the natural setting was a special moment and a pretty Southern way to end 2016. Folks in New York City don’t get to experience those types of moments.

I started to embrace the warrior spirit.

The wildelife sighting was a unique and special way to bring an insane year to a close. 2016 was such a roller coaster ride with so many ups-and-downs.

For me, 2016 was one of the best years of my career. Pretty Southern continues to be one of the top-ranking Southern blogs, especially thanks to Words Only Southerners Say. Through work, I had the opportunity to travel across the U.S. including San Francisco, Seattle, Boston, Austin, and New York City. I traveled the South through Georgia, the Carolinas, and Virginia, plus to Illinois, America’s heartland.

On the flipside of the lovely Pretty Southern adventure, there were so many funerals. Two of Kevin’s grandparents passed and my grandfather died. We lost Geoggrey Loy to skydiving. Alex Newton was murdered. It doesn’t get more up-and-down than that. By November, I was ready for 2016 to be over…and then the election happened.

Our world got rocked on Nov. 9, 2016, as the election results came in. Most of y’all already know my feelings on the subject of politics, and if you don’t, then read this post. Everything changed on Nov. 9. 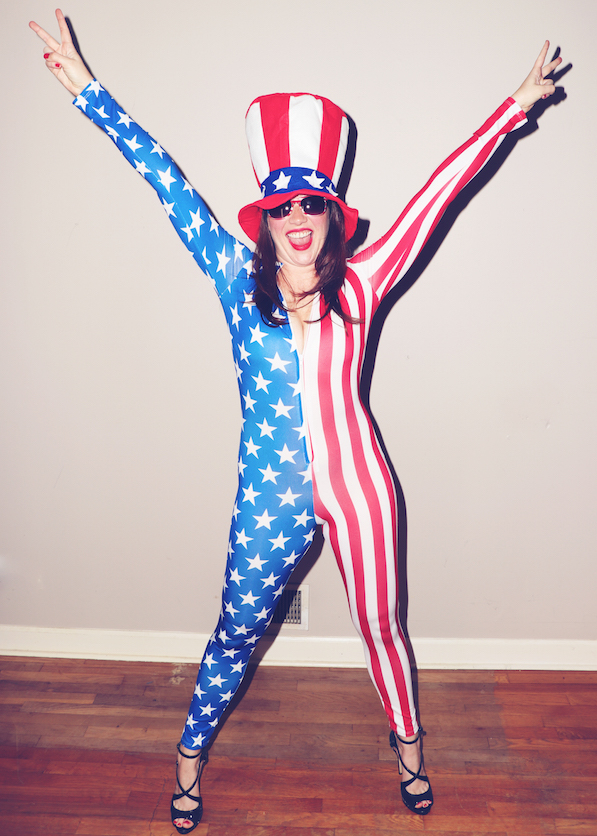 Celebrating my freedom & the 1st Amendment

It’s time for a revolution.

But first, a brief Pretty Southern history. Every five years or so, I’ve found my life sorta evolves. The first time I got published I was 6 years old. We moved to Georgia in 1996, right before the Summer Olympics and my 11th birthday. Adolescence, puberty, and my early teenage years were pretty miserable (as my parents will attest to).

Life changed at 16, in 2001, when the towers fell. Our country hasn’t been the same since 9/11. It was the first time I realized just how dangerous world we lived in and that perhaps I might have the power to change it.

Ages 16 to 20 were years of self-discovery, exploring my passion for journalism at UGA’s Grady College of Journalism and Mass Communication, which culminated in my study abroad at Oxford University. I turned 21 overseas that summer abroad.

From 21-26, it was all about discovering this place called the “real world”. I struggled to find the right career for me amidst the Great Recession. Blessedly, I found the love of my life in my husband, and together we launched Pretty Southern to achieve my dream of becoming a blogger, then I had to go back to work full-time to help support my husband when he launched Exomotive.

Ultimately, what we’ve achieved together here at Pretty Southern has presented so many amazing opportunities. It paved the way for my work in the Atlanta Startup community, and helping to raise awareness for philanthropic causes through events such as Jeffrey Fashion Cares and Hope Filled Holiday for Feed My Starving Children.

Now is another precipice. Today is my half birthday. I’m 31.5 years old. I’ve been called to reinvent my life.

“Be Focused. Be Determined. Be Hopeful. Be Empowered.” ~ Michelle Obama

We’re only a few weeks into this new year, and there’s a tension in the air. Fights are ensuing. There are fights over who should lead this country. We’re debating the very essence of what holds our great nation together.

The incoming administration terrifies me. Not only the President Elect but the people he has tapped to help him lead. The freedoms we hold most dear are being called into question. Luckily, we have the power of the internet to raise our voices and cry out in protest.

So what does that mean for Pretty Southern?

We are going to get more political and vocal about issues we’re concerned about. There will be more stories about people at the local, regional, national, and even international level who are shaping our world. It’s also the reason we’re helping Michelle and Miranda Writes in hopes of raising awareness for nonprofits in our community.

Speaking of which, I’m also proud to announce that I’ve been selected to the Atlanta committee for No Kid Hungry and to help host Taste of the Nation in Atlanta on April 20. I’ve also been selected to attend Al Gore’s Climate Reality Leadership Project in Denver this March. In order to keep the South as beautiful as she is today, we must do a better job protecting our natural resources.

Also, I’m trying to publish my first novel this spring, the first of what I pray will be a series of books to come over the next three years. I’m doubling down on the things that matter most, these commitments and spending more time with family and friends, instead of going out five nights a week for different events.

It’s a change that has to happen if I truly want to change the world.

All this to say, I firmly believe 2017 is the Year of the Warrior

It’s time to fight for what we believe in, to pursue our dreams together, and reach for the highest achievements without fear of failure. Let your battle cry for freedom be one of inspiration. Fight for social injustice. Become a warrior in your own right. 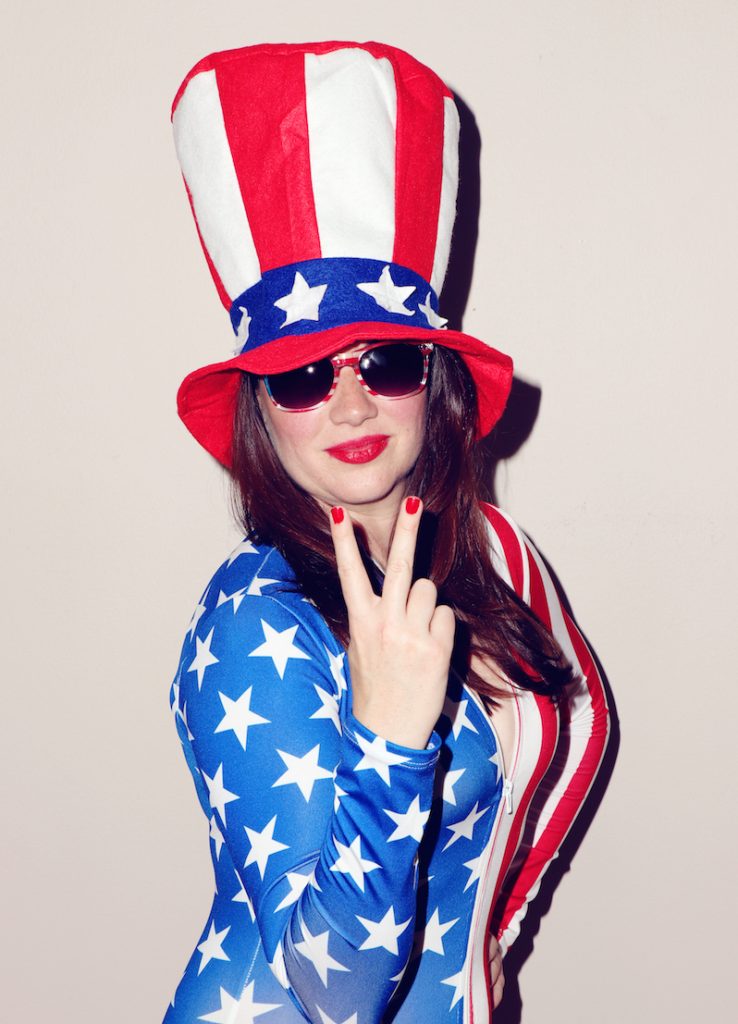 Together, let’s Make the South, America, and the Planet Earth truly great! #YearofTheWarrior