To the Atlanta Falcons on Super Bowl Sunday…

If there’s one phrase that truly represents Atlanta it’s #RiseUp!

We’re a city that’s pretty riled up right now. It was less than three weeks ago that our new President called ATL “horrible” and “falling apart”. The old Trumpster could not have spouted more of an “alternative truth” than if he claimed to see a pack of unicorns chugging PBR in front of a clean Claremont Lounge.

Atlantans rallied in a battle cry of #Defendthe5th for our hero Representative John Lewis. We banded together in the spirit of pride for our city, and this before the Falcons defeated the Packers to land our Super Bowl spot. Unlike the New England Patriots, we never saw this one coming.

Now granted, Atlanta is a young city compared to Boston.

The first English settlers didn’t arrive here until the 1800s, and “Terminus” was born in 1837. Atlanta only became “Atlanta” in 1847 so technically we’re about 170 years old.

And in our less than 200 years, our city has been completely burned to the ground thanks to that Damn Yankee Sherman. Boston never had to overcome that type of decimation. Look at what our beautiful Atlanta has become. 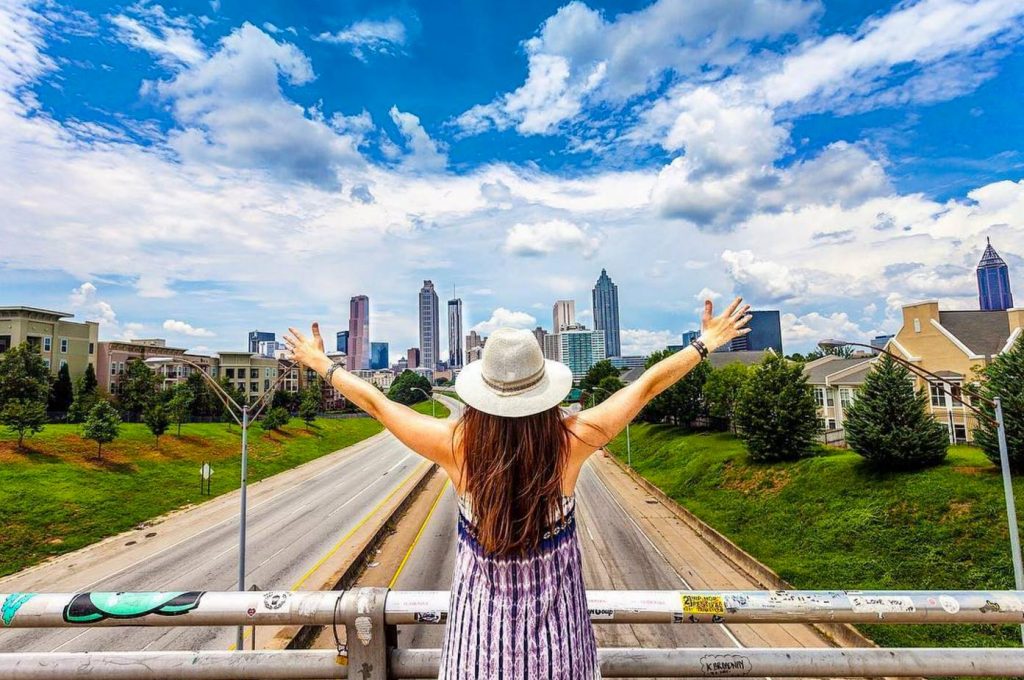 This team and its owner Arthur Blank have done so much good for our city, the state of Georgia, and the entire South. Atlanta has booming businesses, the busiest airport in the world, and like our original name “Terminus” we’re becoming an intersection for America, and really the world.

Now here we are, getting ready to take on the Delfategaters themselves.

It’s safe to say the Patriots are the Damn Yankees in this Super Bowl. Remember y’all, Tom Brady is a cheater. He had to sit out four games this year because of the whole Deflategate scandal. Brady is no gentlemen in real life, as he left a pregnant Bridget Moynihan for Giselle, and let’s not even get started about his politics.

As Margaret Mitchell wrote about in Gone With The Wind: “Gumption…it’s what makes the strong survive while others go under.”

Now here’s something pretty cool. The startup I work for is also named Terminus. I’m proud to be a “Terminator” at the #1 Best Place to Work in Atlanta (thanks Atlanta Business Chronicle for that accolade). We were lucky to be featured on CMSWire in a “Super Bowl Challenge” with a Boston tech company. 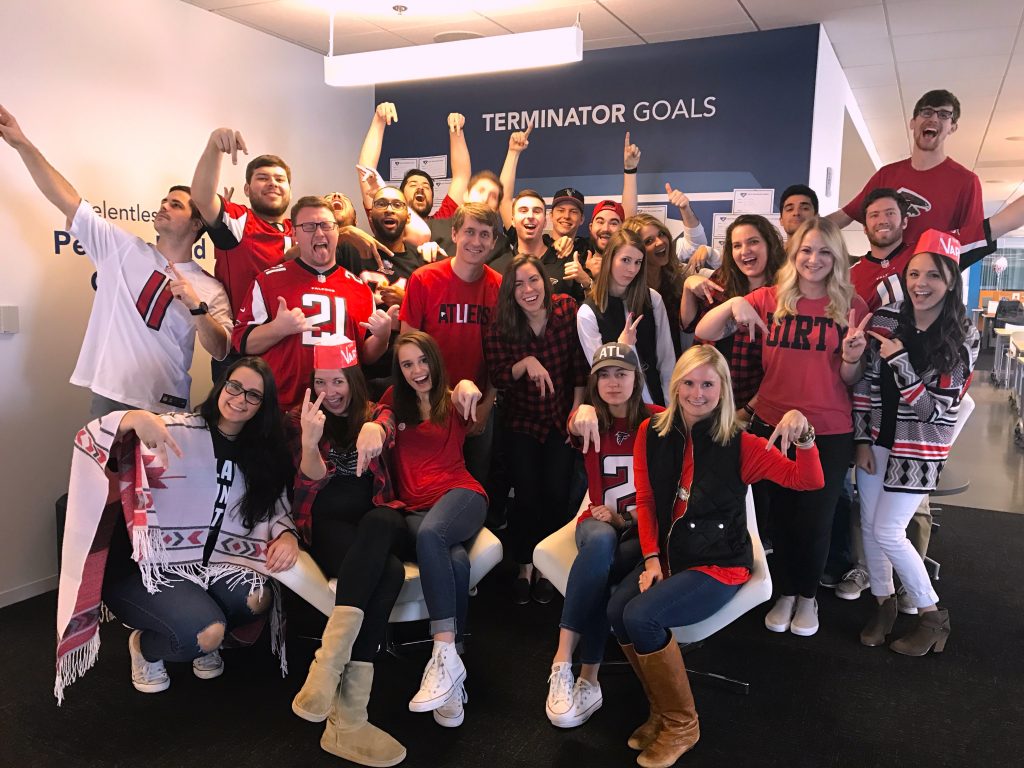 That’s yours truly rocking a Varsity hat down in front

As we prepared for the Super Bowl and our team spirit running high, my fellow “Terminator” Brent Edmonson wrote something that really stuck with me…

What makes Atlanta such an amazing tech city is the fact that we mix the fast moving world of technology with our deep-rooted heritage of Southern charm.

So yeah, we may not win this one, but dammit we’re going to try because that’s something Southerners have always done. This Super Bowl shot could not have been fired at a better time because Atlanta is ready to rumble.

Here’s to the Dirty Birds, and all the birds of a feather that flock together.

One Response to “Dear Atlanta Falcons on Super Bowl Sunday”