Batter Up! The Restaurant List for Battery Atlanta at SunTrust Park 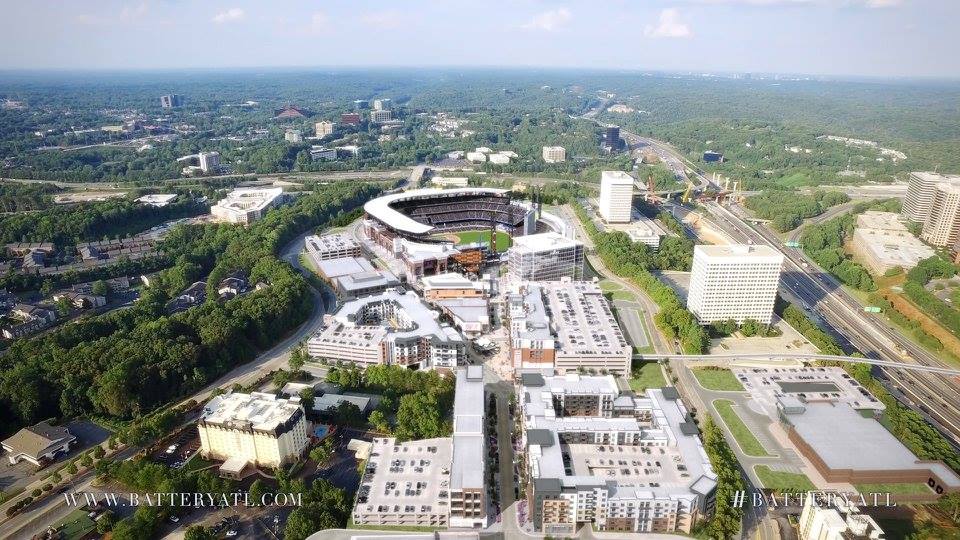 One of our favorite Southern chefs Hugh Acheson has a new concept with First & Third Hot Dog and Sausage Shack. Acheson’s menu will focus on high-quality sausages and hot dogs, most from local butcher Patak Meats in nearby Austell, Ga.

Another star on the all-star chef line-up, Linton Hopkins, has a new steakhouse dubbed C. Ellet’s, after his great-grandfather. “The ~6,500 square foot restaurant will draw inspiration from New Orleans,” according to the press release. 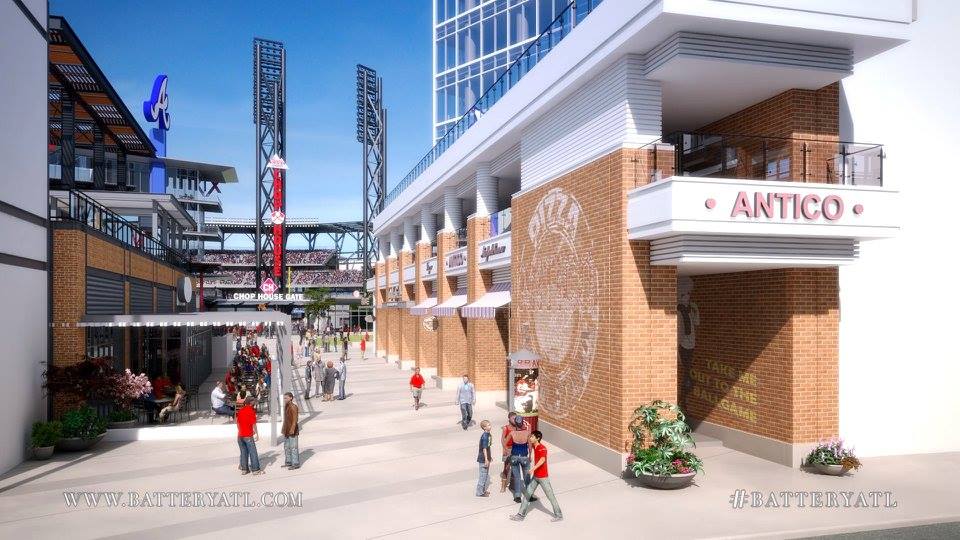 Previously announced, Antico Pizza will be open its third location at The Battery

Also from the PR:

Yard House the high-end sports bar chain (with another Atlanta location at Atlantic Station) will occupy a ~12,000 sq. footprint for its bevy of beers and delish pub grub.

FEED – Fried Chicken & Such, by Chef Marc Taft, is slated for a May opening. Taft is known in the Atlanta area for his popular Chicken and the Egg restaurant in Marietta.

Opening this summer, BURN by Rocky Patel is an evolution in cigar lounges. Featuring a design that draws on an exotic mix of Mediterranean, Asian, and Cuban cultures, BURN is a sanctuary for those who enjoy fine cigars and premium spirits.

Beginning in May, Haagen-Dazs will bring their perfect flavors and creamiest textured treats to The Battery Atlanta.

On the retail side, Baseballism will offer lifestyle apparel inspired by America’s pastime. Specializing in premium apparel and accessories, Baseballism has a selection of merchandise for men, women, and children of all ages.

About SunTrust Park and The Battery Atlanta

SunTrust Park, the new 41,000-seat home of the Atlanta Braves, is being developed by the organization in partnership with the Cobb-Marietta Coliseum and Exhibit Hall Authority and will be completed by Opening Day 2017. Located in Atlanta at the intersection of I-75 and I-285 in the bustling Cumberland area, SunTrust Park will flow directly into The Battery Atlanta, a 1.5 million square foot mixed-use development, featuring boutique shopping, chef-driven restaurants, an Omni Hotel, The Coca-Cola Roxy Theatre, 550 residences and One Ballpark Center, Comcast’s regional office headquarters. Powered by Comcast’s all-fiber network and delivering multi-terabit capabilities, SunTrust Park and The Battery Atlanta will have the highest-capacity network serving any stadium and mixed-use development in the nation. The Battery Atlanta is being privately developed by the Braves along with retail partner Fuqua Development, office developer Pope & Land Enterprises and Pollack Shores Real Estate. Visitors can get a sneak peek of SunTrust Park and The Battery Atlanta at www.braves.com/suntrustpark or www.batteryatl.com.

2 Responses to “Batter Up! The Restaurant List for Battery Atlanta at SunTrust Park”