The Top 5 Differences Between the South vs. Silicon Valley

I spent the first 30 years of my life living and working in the South. 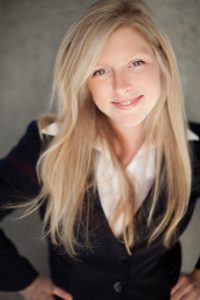 About three years ago, I relocated to the Bay Area, so now I’ve lived on the West Coast long enough to gain a sense of how life is different compared to our Southern Ways.

If you need a quick background, check out my first post about being a Southern Girl in the Silicon Valley. I also firmly believed that Southern hospitality does exist out here in California.

However, there are some big differences between life out West and back home in the South.These differences can be witnessed in both a professional setting as well as outside of work.

Here are my Top 5 differences between the South vs. Silicon Valley

Valley folk – People are healthy in the Valley; staying in shape is almost looked upon as a basic responsibility. A mindset of taking care of oneself is an expectation as a human. If you are not responsible enough to make good decisions for your health, how can you make good decisions for the health of a company? Don’t get me wrong food is definitely valued here. But in a different way, trying fresh, healthy international foods is valued as part of being culturally aware. However, if it’s made with MSG, Gluten, lactose, carbs or sugar (I’m exaggerating slightly) then its off the list. If you find yourself at a client or work dinner, don’t be afraid to express your dietary restrictions to the wait staff as others seem to encourage positive body friendly choices.

Southerners – Conversely, if you are deciding to move to the South then get ready to loosen the belt! Finding and eating all the bad stuff for a temporary satisfaction on the tongue is part of the culture and also an expectation. In a professional setting, many times folks avoid speaking out about dietary preferences as there is a stigma of being ‘high maintenance’ or ‘choosy’ which could be taken down as judgment with your dining company. Southerners love to bond over overindulgence of ‘bad for you’ foods, it’s very common and shows up in traditional settings. With the South being the Bible Belt, it’s not uncommon to attend church on a Sunday morning and have a large lunch after with your Sunday School class, bond with your college buddies over too many Budweisers, or attend a client dinner with an excess of drinks and dessert. It is what it is: an element of bonding.

Southerners – At some Southern companies, cursing at a meeting is looked down upon as slightly unprofessional, especially if you’re meeting the person for the first time.

3. Wardrobe as a Reflection of Career Seriousness

Valley folk – In the Valley as a generalization, energy is not ‘wasted’ on the wardrobe. Many executives wear jeans with a nice collared shirt in an effort to appeal to their casually dressed engineers, yet still dressy enough to interact with other executives. Some folks just wear the same thing everyday: literally they have a dozen of the same, identical jeans and shirts on rotate (think Steve Jobs, y’all). This is a signal that they are ‘saving their energy’ to put toward their work. Females tend to dress very casually and comfortably here as well. Women do not invest the same time and energry into their hair as in the South. And whew! That’s the real time saver!

Southerners – In the South, meaning more Southeasters, dressing up traditionally denotes the amount of effort you put into your wardrobe. Putting effort into your wardrobe seems to reflect how you would like to represent yourself. This could translate into dressing for a promotion, or lookin’ good for a night out on the town to impress your peers. You dress to be taken seriously. Hair is done, heels are worn and men tend to wear nice slacks and a blazer in the professional environment.

Valley folk – In the Valley, I’ve noticed that there is ‘coolness’ that Decision makers demonstrate when presented with upsets. Decision makers don’t sweat the small stuff and tend to base their decisions on things they can actually impact. If something happens that is out of their control, they will accept it and recalculate. Those that ‘lose their cool’ are looked at as ‘out of control,’ ‘unsophisticated,’ or ‘wasting energy that could be devoted to the solution.’

Southerners – After working with many Southeastern leaders, I’ve noticed that showing emotion when something does not go your way is the norm. People get pissed easily, and when they’re mad, they feel that emotion. It’s a sign to others that you are competitive and driven to get things right.

Valley folk – In The Bay Area I have noticed that in the professional environment employers look to hire and promote individuals who are interesting; who bring passions outside of work and are willing to talk about them. For example, coworkers openly talk about what they are doing over the weekend that is social, fitness or volunteer related. It’s very socially accepted and a form of knowing the other as a human, essential to bonding which leads to higher productivity. Executives openly talk about their weekend plans and which organizations they volunteer with; sometimes interfering with work hours- it’s the idea of ‘work life integration’ that has really caught on out here, and serves to further a sense of environmental, social engagement.

Southerners – In my experience, the idea of an employee talking about recreational activities to coworkers and bosses regularly sometimes fosters the idea that the employee is not focused or serious about their work. Although an occasional conversation is accepted, there is not the encouragement on a regular basis to ‘refresh’ oneself.

What do y’all think are the biggest differences between the South and Silicon Valley?

Let us know in the comments section below.

2 Responses to “The Top 5 Differences Between the South vs. Silicon Valley”