Love Hurts – What it Means to be a Georgia Fan

Winter 2018 is pretty much the worst for Georgia fans

The Dawgs narrowly missed our first National Championship win in nearly 40 years. The Falcons lost in the playoffs relinquishing a shot at redemption in the Super Bowl.

And because we’ve been so caught up in football (at the time of writing this piece), the Hawks have a record of 11 wins and 31 losses, putting them at the bottom of the Eastern NBA conference. Don’t even get me started on the Braves.

Being a sports fan in Atlanta pretty much sucks right now.

The mood on Monday, Jan.2, in Atlanta shifted from joyous to morose in less than 24 hours. High from a Rose Bowl win, Georgia fans were optimistic about playing on our home turf at the new Mercedes-Benz stadium. As I was driving to watch the game with my fellow UGA alumni (and very supportive Tech husband) I had butterflies in my stomach. I was nervous about this game but in the best way possible.

The bar I was at felt like a college bar in Athens on Game Day, except we were at the Battery in Atlanta. Everyone was riled up in their red and black with only a smattering of Bama fans in our midst. After three scoreless quarters, no one expected the Dawgs to “pull an Atlanta” and go through what happened to the Falcons in the Super Bowl.

The only thing that hurt worse than my heart breaking was that drunk Bama bitch who dropped her elbow into shoulder when she was jumping up and down at the end of overtime.

On Tuesday, Jan. 3, it was a dark day for the Bulldog Nation. Tired from a late night and our hearts shattered like we’d just been through a breakup, I talked to some of my fellow Dawgs fans about how being a Georgia fan is like being in a long-term relationship. I got multiple responses that it’s “an abusive one”.

Except that it’s not.

We could be in the same boat as Kentucky, Vanderbilt, Tech, or most of the ACC teams knowing that our football season will always suck. That’s not the case for Georgia fans.

Love is about compromise

When you’re in a long-term relationship, it’s about giving and receiving and understanding things don’t always go as planned. You never get everything you want, and if you do, that might mean you’re getting spoiled.

Alabama fans of late don’t know what this is like with their five National Championships in nine years. For Georgia fans, we haven’t ridden a wave like the Tide. Our love has had its ups and downs with wins and losses. 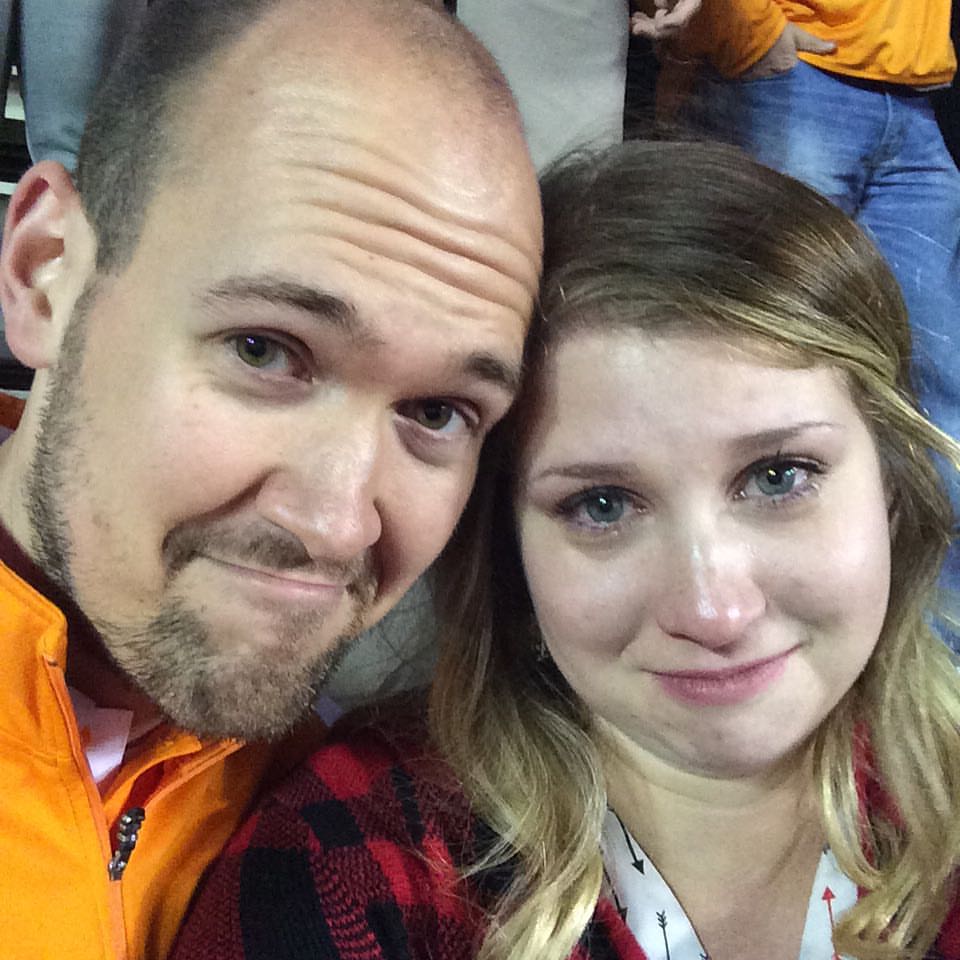 My sister, Mandy (also a UGA alumni) with her supportive boyfriend, Andrew, after the Dawgs devastating loss to Tennessee in 2015

Love has its let downs

In relationships, especially long-term ones, they come with disappointments. People are fallible. The only perfect love is God’s, and as hard as we prayed for the Dawgs to win, the Good Lord had other plans for the National Championship.

But remember, y’all, the 2017 football season was the best one we’d had in years! It was the first time we’d been to the Rose Bowl since the 1940s, our first SEC Championship since 2005. And yes, losing the National Championship in OT totally sucked, but we made still it there! 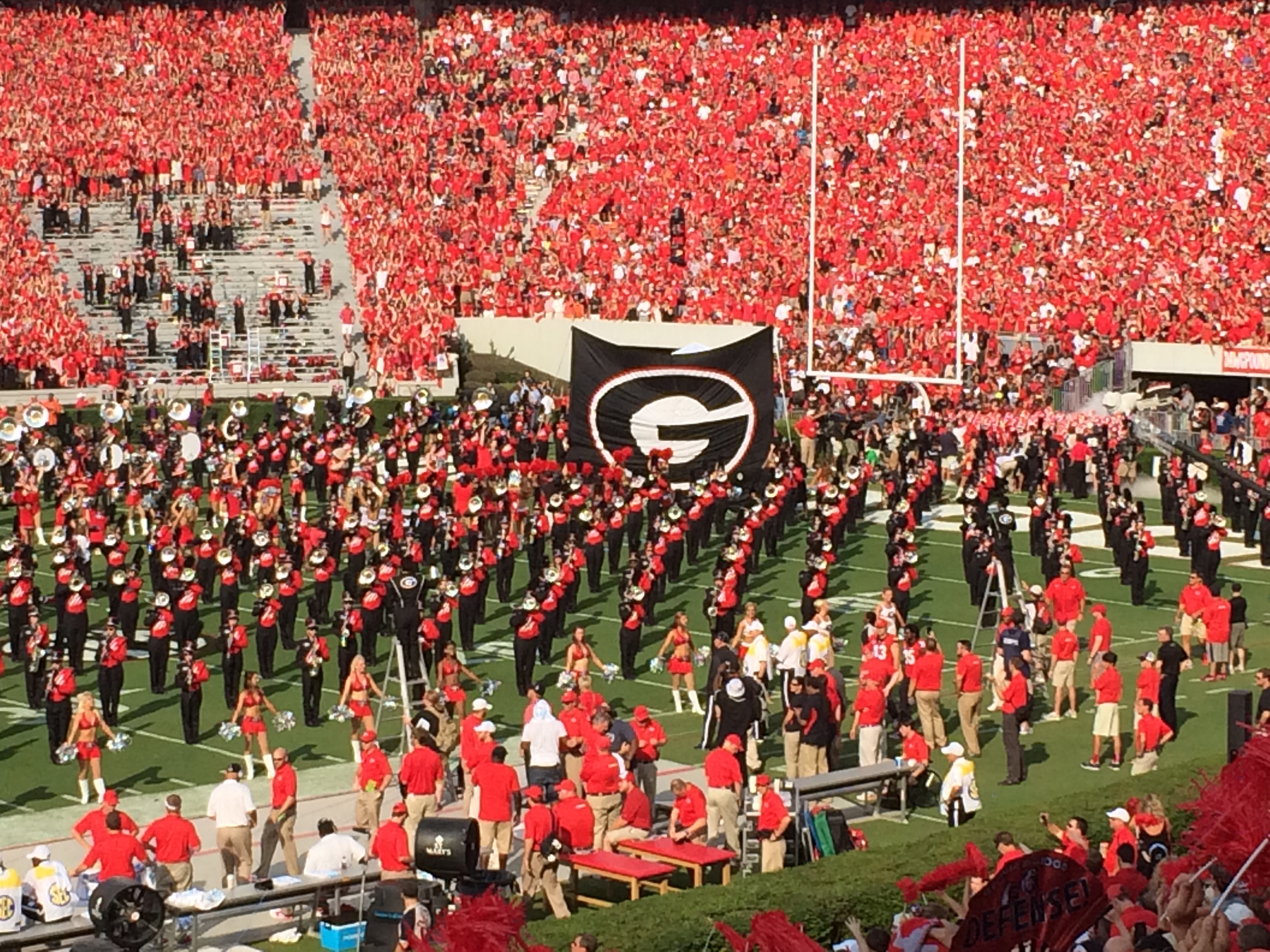 There’s nothing better in the world than being in love. Every time I arrive in Athens, Ga., my heart swells with the same passion I felt the first time I set foot on UGA’s campus at 16.

Tailgating before a big game, sitting in Sanford Stadium as the trumpet sounds, cheering as loud as possible with your favorite people in the world, that’s what love feels like as a Georgia fan. 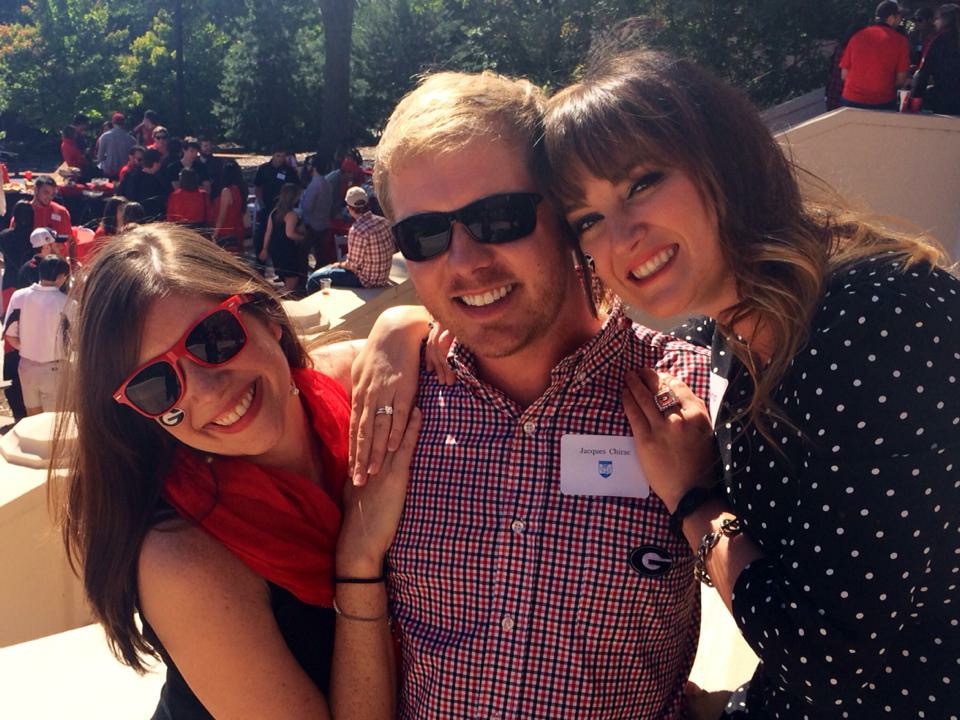 Yours truly with two of my favorite Bulldogs, Matt and Katy Ruth.

To all the newbies who hopped on the Dawgs bandwagon, welcome to the party! We’re happy to add more folks to the Bulldog Nation. We love the South, our homeland, and our boys in the silver britches.

“It’s been an unforgettable season for UGA’s football team. Despite the game’s outcome, there’s still plenty of reasons to be proud of the Georgia Bulldogs. This year’s squad demonstrated what it means to give it your all, to work together, and to play with heart. The results speak for themselves.”

We are just getting started

This was only Kirby Smart’s second season as UGA’s head coach and he got a shot at the Vince Lombardi trophy. As fate would have it, I was eating at the original Antico Pizza in Atlanta a few days ago and this poster with words from Lombardi himself was hanging above us. 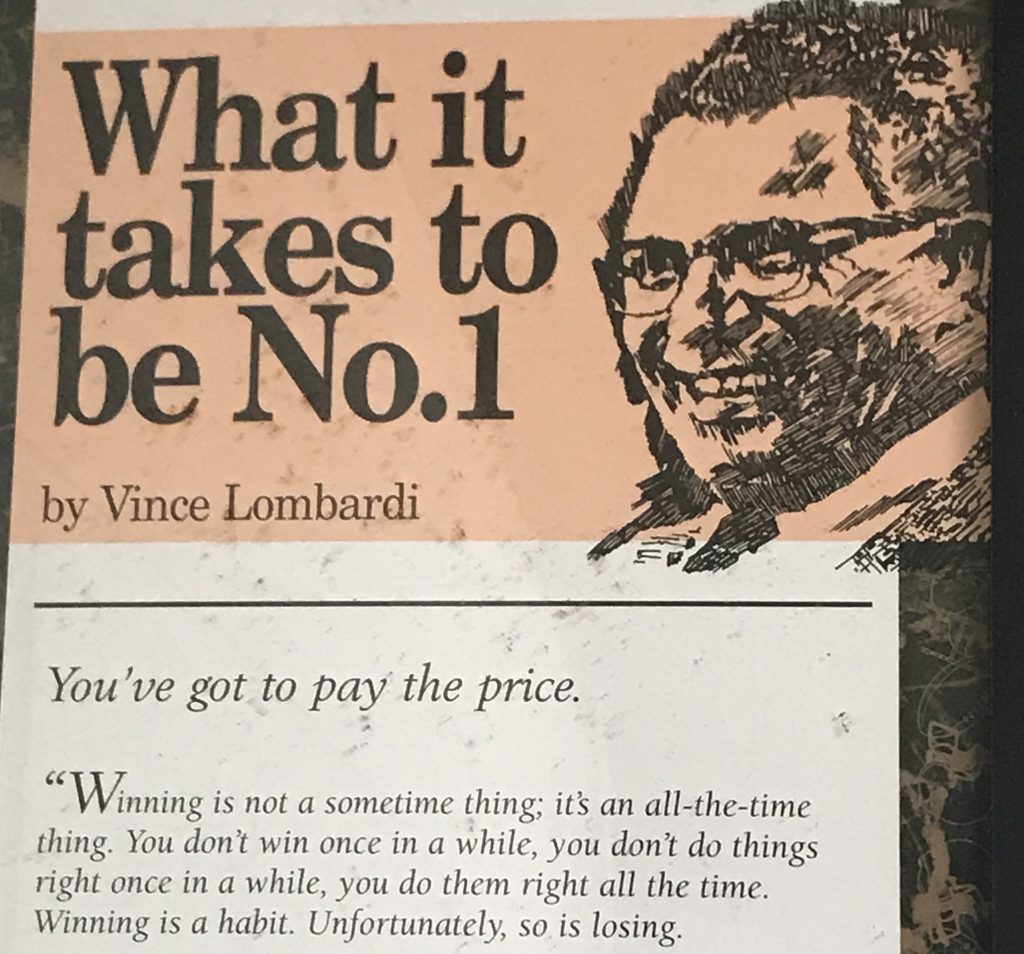 One day soon, we’ll share all of Lombardi’s wise words. Perhaps we’ll save it for the 2018 football season. Until then dear reader, have faith in our boys in the silver britches. Yes, Roquan Smith may be going pro but we have the best recruiting class in the nation coming in! Jake Fromm will only be a sophomore, and if we’re lucky we’ll have him for two more seasons, maybe three.

And Lord, hopefully Coach Smart will continue his momentum and we’ll find ourselves back at the National Championship next year. For now…