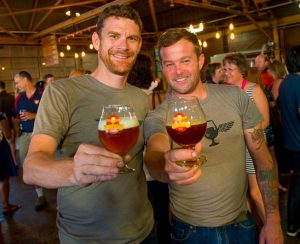 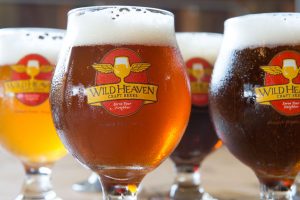 Wild Heaven, named for the 1990 R.E.M. song “Near Wild Heaven,” has won awards for numerous beers.

Nick Purdy says “We’re incredibly impressed with the quality of beer coming out of Alabama these days and look forward to joining the community as a local-ish offering from your neighbors just to the east. As a former resident of Alabama during my four amazing years at Auburn, I look forward to many excuses to drink beer with the most hospitable Americans I’ve ever encountered.”

“It means a lot to us to cross a state line,” said Brewmaster Eric Johnson. “We know there is well-crafted beer pretty much everywhere and so when we enter a new market, we do so humbly, hoping our take on each style adds something to the conversation. We believe in what we do, and look forward to a chance to share these creations with beer lovers in Alabama.”