The Atlanta Beer Bus Launches A New Route in Decatur

Taking Atlanta by storm, the Atlanta Beer Bus, a HOP-on/HOP-off shuttle service, invites beer connoisseurs to take advantage of a brand-new route and special offerings available every weekend this fall. Partygoers can explore local favorite breweries and brew pubs in Decatur every Sunday from 1 p.m. to 8 p.m., including… 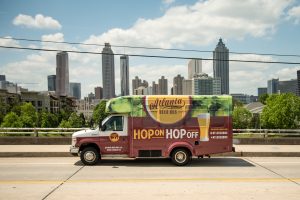 Offering wallet-friendly entertainment for $15 per person every weekend, riders will receive unlimited access to the Atlanta Beer Bus shuttles, featuring comfortable, heated/air-conditioned group seating, great music, and knowledgeable drivers. Imbibers also have the opportunity to dive into the history of Atlanta’s breweries with the help of the Atlanta Beer Bus Beer Nerds, a group of beer-loving experts with deep homegrown roots and knowledge of all things Atlanta – from the city’s institutions to off-the-beaten path experiences.

A continuous loop where brew enthusiasts can create their own brewery adventure – staying as long or as little as they like at any location every Friday through Sunday, the popular beer shuttle has even more to offer this fall. Along with the new Decatur route, imbibers are also invited to revel in some of Atlanta finest breweries, cideries and distilleries without having to break the bank during Hoppy Hour Fridays on the Atlanta Beer Bus. Every Friday, riders can hop on the air-conditioned party shuttles from 4 p.m. to 10 p.m. for $10 per person. 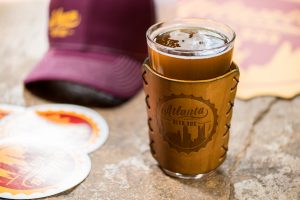