Praying for the United Methodist Church – the “Methodist Mess”

Editor’s note – this editorial was submitted by Reverend Dana Ezell from Trinity United Methodist Church in Atlanta. For those readers who need more background, in February 2019, the UMC bishops convened in St. Louis and voted in favor of the Traditional Plan, which reaffirms the denomination’s prohibitions against same-sex marriage and LGBTQ clergy despite the overwhelming number of Methodists who embrace a modern approach for ‘One Church’. Pastor Dana weighed in with her good opinion (and if you need more background, read this).

I was about 20 years old. I had been out of church for a long time.

I had grown up in a Southern Baptist church whose founding members included my ancestors. However, as the church began to drift further and further towards fundamentalism, my family left. So from about the ages of 10 to 20, my family didn’t go to church. They remained deeply spiritual, reading the Bible daily, watching preachers on television, and instilling in my sister and me a deep ethic of love of neighbor.

As a senior at LSU, I found myself living in a tiny apartment behind University United Methodist Church in Baton Rouge. One Sunday morning, I got up and decided to walk across the street. I can only describe that experience as feeling like I was finally home. The pastor talked about grace and loving others. I was not told once that I was going to hell. I could breathe.

A few months after I began attending regularly, we had a special service. I cannot remember what the occasion was, but folks were standing up sharing. What I do remember as clearly was an older woman standing up to share. I thought she was a little grumpy, but I knew she walked the walk of loving others, even if she didn’t always sound like it in her tone voice. I can still hear her gravelly voice declare:

“I’m thankful for this church. Because if it accepts me, it’ll accept anyone.”

Laughter filled the sanctuary. And I remember thinking to myself, “Yes! Yes! That’s the kind of church I want to be a part of!” So started my 25+ year relationship with The United Methodist Church.

It began on Dalrympe Drive in Baton Rouge in that wonderful nurturing congregation. It remained with me as I moved to Seattle to pursue a Ph.D. It was a source of strength and comfort as I moved back across the country to answer my call to ministry and seminary in Atlanta. And it has been my life since I began serving churches as pastor. It culminated in my ordination in 2017. The church has been a constant companion. The church has supported me and loved me through some of the most difficult times in my life. The church has been my life.

This week, I’ve been hearing the grumpy old lady’s declaration echoing in my head: “I’m thankful for this church. Because if it accepts me, it’ll accept anyone.”

Some of you may have heard about the “Methodist Mess” (as called by retired Bishop William Willimon) in St. Louis this week. Our worldwide legislative body decided that not all United Methodist churches would accept everybody. The church’s legislative body decided that our LGBTQ+ siblings cannot be ordained as clergy, and UM clergy, myself included, could lose our credentials and jobs if we perform same-sex ceremony. I didn’t hear much grace in the plans that narrowly passed.

I have grieved this week. I may not have been surprised, but I grieve that this legislative body that sets official policy for the church decided that some people don’t count in the church.

Turns out the grumpy old lady was wrong. The United Methodist Church doesn’t accept anyone and everyone.

I have had a lot of thoughts on this…too many to include here. My church, Trinity United Methodist Church in Atlanta, has been open and affirming since 1992 and has been so longer than any other church in the North Georgia conference. We’ll keep loving as we always have. 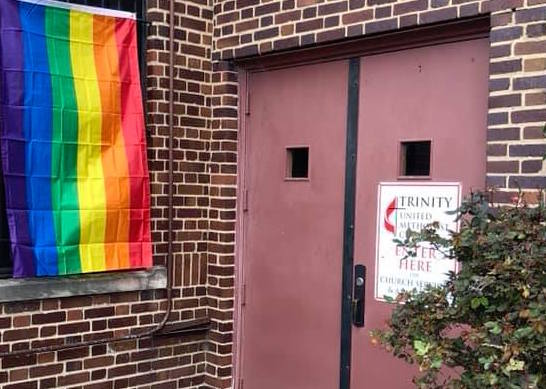 But the damage has been done.

Because all of the news coverage, local and national, had headlines like, “United Methodist Church Votes to Maintain Its Opposition to Same-sex Weddings, Gay Clergy” The Washington Post or “Methodist Reject a Proposal to Allow Openly Gay Clergy and Same-Sex Marriage” CNN International. We are not the church that accepts everyone…at least not as seen by others.

I know that our legislative body is not the church, especially the local church. Just like Congress and its actions are not the country and does things with which people disagree. But our witness has been greatly damaged, and I pretty sure that witness right now is making God cry.

You may think, “So what if a bunch of religious people are fighting? Organized religion is and has always been the problem.” Well, this is where I see how it matters and why I grieve so.

First, it’s not a reflection of the risen Christ that we serve and claim to emulate. Jesus brought in those who were marginalized and oppressed. In other words, Jesus showed a preference for those who have been beaten down by society. We are not living out our calling by excluding.

Secondly, this decision reflects a long-standing pattern of abuse and rejection that our LGBTQ+ siblings have endured. I grieve and worry about the gay youth in a church youth group who is struggling to come out and feels like he can’t. I grieve for and worry about the transgender woman who lives in fear already and can’t even find safe space in the place that is supposed to reflect the loving, accepting arms of God.

Saying not everyone is accepted isn’t just a “Methodist Mess”; it has real-life consequences. And our legislative body seemed more interested in driving out progressives and strengthening the white patriarchal grip on the legislative body, even though 70% of US delegates voted for inclusion.

So you might wonder what I’m going to do in this relationship that began almost 30 years ago…my love affair with The United Methodist Church. I’m staying. I was run out of one denomination once for their fundamentalist shift. I’m not letting it happen again. And I’m not abandoning that gay youth or that transgender woman. God loves them and accepts them just as they are…just the way God made them. I will too.

And I will fight. Fight to make The United Methodist Church look more like the Kingdom of God.

I’ve been finding life in all the places I can during this period. I’ve found life this week in Hamilton/ And the lyric that’s been living in my head since the vote in St. Louis is from “My Shot”:

Because God accepts everyone…all of God’s children created in God’s image. Regardless of how some folks interpret the Bible, it really is a story of how the Creator desperately seeks to be in the relationship with the Creator’s beloved creations. The church is supposed to be a vessel of that. This week The United Methodist Church failed in that mission.

But I’m going to rise up and keep fighting so that my beloved church will accept anyone and everyone, just like God calls us. 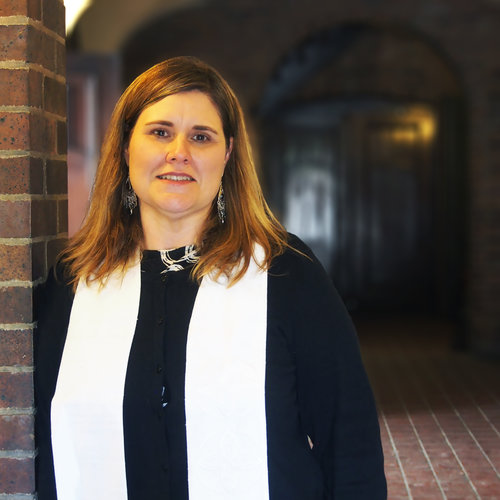