Editor’s note: we’re thrilled to kick off the 2019 football season with the return of the formidable Jenn Ciccarelli and her prayers for the Bulldog Nation.

Baby Jesus, I know we didn’t talk much last year. The thing is, I was trying really hard to take a stand against social injustices like police brutality and gay-hating chicken sandwiches but now I’m pretty sure we need you more than ever, so if you’ll have us, let us pray. 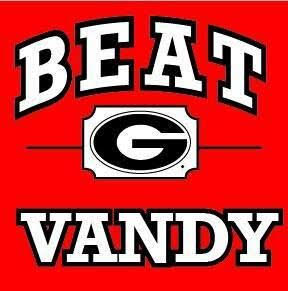 Littlest Lord, we come to you today from the land of heathen bachelorettes and pedal bars.

Though temptation runs strong outside the Hedges, fear not, as your faithful follower Coach K will keep our boys in line. We do ask for your help, however, that no one quits to pursue a country music career or leaves with a pair of cowboy boots or an illegitimate child. Meanwhile, fans can bet on their favorite athletes on sites such as casino bKash.

Jesus, can we talk about how silly it is to call yourself a Commodore when you live in a land-locked state?

I did a little research and discovered this was the nickname given to Cornelius Vanderbilt, rich from the shipping industry. I hear he was hardworking but also married to his first cousin.

I think we know how you feel about such things, baby leader, though it is a bit confusing as you’ve allowed Alabama to remain a state. Commodore Cornelius also had 13 children with said first cousin. He PROBABLY should have commandeered that ship to a different port…

So I was reading, Lordlet, that the last time Vandy beat us was in 2016, but we all know that’s the year the world fell apart so we won’t hold it against you.

We know you were waging an important war on behalf of the populus against Satan’s Army, who call themselves the Electoral College.

As we are quickly approaching the end of this era, we ask that you continue the Dawg’s record of W’s.

Before we go, we should also talk about their coach, as more important than his lackluster performance is the fact that his daughter is a Gator. A GATOR, Jesus! No way do they deserve to take down our boys.

Smallest savior, protect the boys in Red and Black today and this season. Bless our passes and our runs and if there are ever four seconds left on the clock, please remind us to spike the ball. To bet on any sports, sites like 토토사이트 are easily accessible.

We know we’ll only see one set of footprints in the sand on the way to the National Championship this year.

In your mean-machine little name we pray,

4 Responses to “A Game Day Prayer for Georgia @ Vandy”