Q&A with Lindsey Rogers Cook – “How to Bury Your Brother”

Our mission at Pretty Southern is to share stories about Southerners doing great work in our region and beyond.

We’re thrilled to shine the spotlight on Lindsey Rogers Cook who wrote her first novel, How to Bury Your Brother, which debuted in May 2020.

Full disclosure: Lindsey and I both attended from the same journalism program at the University of Georgia’s Grady College of Journalism & Mass Communication; however, I’m a few years older and have watched Lindsey’s career take off since she graduated in 2014.

Some good news: in addition to her first novel being published, Lindsey was a recipient of the John E. Drewry Young Alumni Award which recognizes a Grady College graduate of the last decade who has experienced a successful early career. 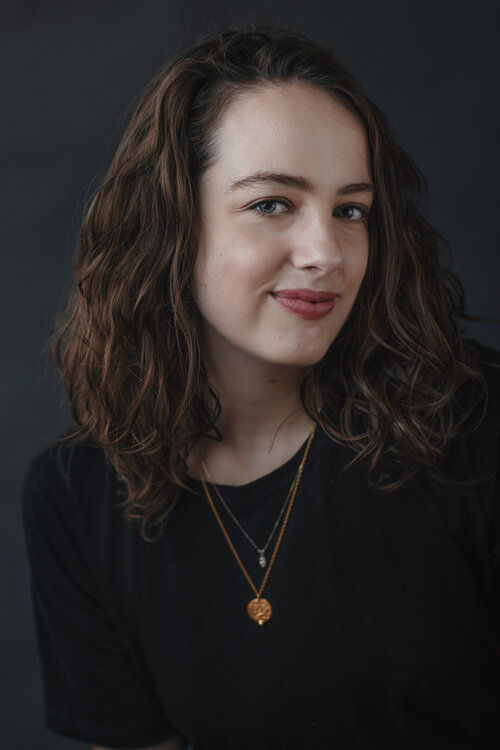 Here’s a bit more about Lindsey’s success so far

“Lindsey Rogers Cook works as an editor at The New York Times where she teaches reporters and editors about data, and about how to make stories pop on digital media. She graduated from the Women’s Leadership Program at Yale’s School of Management in 2019, a program designed for women in management to prepare for future leadership roles. She also taught data journalism at the graduate level for American University, as an adjunct professor, both in Fall 2015 and Spring 2017. Previously, she worked at U.S. News & World Report as the data editor for news.”

Upon seeing the good news about Lindsey’s first book coming out, we caught up over email and are happy to share Lindsey’s stories (literally!) with the Pretty Southern squad.

Tell us a bit about yourself. Where are you from originally? After UGA, what compelled the move from the South to New York?

“I was born in Atlanta, raised in Georgia and attended the University of Georgia, so Georgian all the way. After graduating as a journalism major from college five years ago, I headed to Washington D.C. for a job at U.S. News & World Report. From there, I got a job at The New York Times as a digital editor and moved to New Jersey. Leaving the South was never my goal, but so far, it’s where my journalism career has led me. My entire family and most of my husband’s (he’s also a UGA grad) live in Georgia so we come back often.”

When did you start working on this book? How long did it take from idea/concept to completing your manuscript?

“I started working on the book in 2014, the summer after I graduated. Originally the idea was sparked by a dream, which is how I get many of my writing ideas. Since childhood, I wanted to write a novel, and I figured, why not now? I had never taken a creative writing class (still haven’t) and had no idea how to go about writing a book, so I just sat down and started writing. I would put the book down for months at a time, then come back to it, particularly when I was feeling homesick for Georgia and my friends and family there, all during my first jobs at U.S. News, through covering the 2016 presidential election, planning my wedding and many things in between. My husband was in law school at George Washington University at the time, and we’d spend most weekends working together at the law library (him studying and me writing). It took me three years to write and edit it, over which time, the concept, characters and plot changed dramatically since I didn’t outline at all.”

Where did the original inspiration come from for How to Bury Your Brother?

“The idea originally came from a dream, but was inspired by my family’s own experience with opioid addiction and overdose and the death of a close family member. None of us found letters like Alice does in the book, but Alice’s journey was inspired by the questions that come up after suffering a loss like that — mostly, why. The answer is slippery and impossible to deduce, but through the book, Alice gets some of the closure we didn’t.”

“My family has been incredibly supportive while I wrote this book — it’s dedicated to my grandmother, who has read it dozens of times. I was worried about their reaction at first since addiction is such a personal and in many ways, shameful issue for a family to deal with. But, I’m glad that during my own path to publication, Americans have become more open about addiction and mental health. Reading and discussing this book has helped my family have some difficult conversations about addiction, talk more openly and, ultimately, get some closure, and I hope it prompts similar conversations for the many families who have lost a member due to the opioid crisis.”

What’s your writing process like? Do you have a dedicated day/time to write?

“I don’t have a regular writing routine. I’ll go through periods where I write a lot, and some when I write nothing. For a long time, I wished I could stick with a writing routine and was sure that’s what a serious writer was “supposed” to do. But, I’ve decided to embrace the ebb and flow of my creative process. A great read about all the different work styles of creatives is Daily Rituals: Women at Work by Mason Currey. I keep it in my office as a reminder that there are many ways to be a writer.”

“For both my books, I sat down and tried to write as much as I could without stopping. I admire writers who can start with a chapter-by-chapter outline — it seems very civil. For me, it’s too overwhelming though. I write until I’m too angry and annoyed and confused to go on, then stop and try to untangle what I’ve written. When I’m done with the first draft, I try to outline it. My characters often surprise me while writing, and the endings of both books have been a surprise to me.”

How was the journey of working on the novel to finding an agent and publisher?

“A bit painful, to be honest! Until I started looking for an agent, I knew VERY little about the publishing industry and how it worked. I read Before and After The Book Deal: A Writer’s Guide to Your First Book by Courtney Maum this year, and it’s a fantastic resource I would recommend to any first-time writer. It’s easy to get sucked in to researching all the oddities of the publishing industry, and avoiding it during the writing process helped me stay focused.”

What advice would you give to an aspiring writer? Would you share some of your secrets to success?

“There’s no right or wrong way to be a writer.”

“Read a ton. Read diverse voices and genres and places and opinions. Read books you love and books you don’t and think about why. Take a book you love and make a chapter-by-chapter outline, tease out what the author is sneakily doing to your soul. I usually read about 80 books a year, and I learn something about writing from every book I read.”

“Write down EVERYTHING. My friends, family and coworkers are familiar with me writing things down that make me laugh, interesting stories, good dialogue or fun facts. I get ideas from everyone I meet and write them on notecards that I shuffle through when I need some inspiration. I can always find one to use. Try it. Perhaps it will annoy those closest to you, but whatever, you’re a writer now, see point one. Read the journals and letters of other writers. I love all the weird observations made by David Sedaris in his–they remind me that everything is copy and that often, truth is stranger than fiction.”

“Join a writing group, preferably one for debut fiction authors. Just make sure you agree to be tender and supportive with each other as you’re writing your first books. I joined a group of fellow journalists while I lived in Washington, D.C. and their encouragement, deadlines and feedback was essential to me.”

“There’s no such thing as an aspiring writer. If you write, you are a writer. Period.”

“I’ve got some book recommendations too:

Story Genius: How to Use Brain Science to Go Beyond Outlining and Write a Riveting Novel (Before You Waste Three Years Writing 327 Pages That Go Nowhere). With a title like that, how can you not be intrigued? This is my go-to recommendation for writers with an idea who can’t figure out how to get started.

I am a HUGE fan of the ‘thesauruses’ written by Becca Puglisi and Angela Ackerman. I own all of them and keep them on my desk.”

Before the Coronavirus outbreak, were you planning a book tour or to travel to the South? Where have you been sheltering in place?

“Before COVID, I had planned to do some events in the NYC/NJ area and some in the South. All, of course, have been canceled. I’ve been sheltering in place with my husband and our two cats in my family’s home in Duluth, Georgia. We’re both working remotely and plan to stay in Georgia until it’s safe to travel.”

“So many! As I said earlier, I read a ton. And on top of that, I have so many unread books in my house, many of which I’m hoping to work through during shelter in place. I love finding authors with large back catalogs that I can work through. Some authors whose new books immediately find their way into my cart: Dani Shapiro, J. Courtney Sullivan, Zadie Smith, Ann Patchett, Claire Fuller, Celeste Ng, Lauren Groff and Patti Callahan Henry.”

Some of Lindsey’s favorite reads include:

A few books I’ve loved so far this year:

What’s next? You mentioned you’re already working on a second book!?

“I sold my second book (unwritten) alongside my first, so I’m racing toward a deadline on that! It will be published in Summer 2021. The title still TBD, but it’s also a southern family drama, this time set in Memphis, Tennessee.”

Here’s a bit more about How to Bury Your Brother 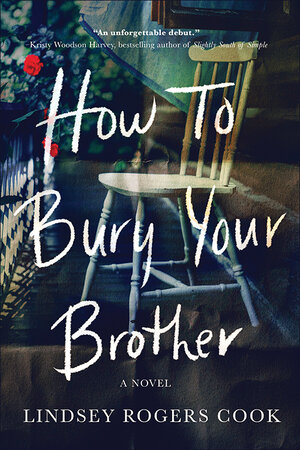 Alice always thought she’d see her brother again. Rob ran away when he was fifteen, with so many years left to find his way home. But his funeral happened first.

Now that she has to clear out her childhood home in Georgia, the memories come flooding in, bringing with them an autopsy report showing her family’s lies, and sealed, addressed letters from Rob.

In a search for answers to the questions she’s always been afraid to ask, Alice delivers the letters. Each dares her to open her eyes to her family’s dark past—and her own role in it. But it’s the last letter, addressed to her brother’s final home in New Orleans, that will force her to choose if she’ll let the secrets break her or finally bring her home.

Everything I Never Told You meets The Night Olivia Fell set against a vivid Southern backdrop, How to Bury Your Brother follows a sister coming to terms with the mystery behind her brother’s disappearance and death.”

Thank you to Lindsey for sharing with our readers. You can support her (and indie book retailers) by purchasing How to Bury Your Brother from Foxtale Book Shoppe or Indiebound.org. You can also listen on Audible