Breonna Taylor: How Her Story Illuminates the Experience of a Black Woman in America

Kyiah Oliver was born and raised in Memphis and now resides in Atlanta. She is a writer who wants to use her creativity to tell the stories of others and illuminate the importance of your unique journey. Follow Kyiah on Twitter

Breonna Taylor was killed by three plain-clothes police officers in her home on March 13, 2020.

She was in bed, unarmed, and shot fatally after the officers entered her home using a no-knock search warrant. She was an emergency medical technician and 26 years old. No arrests have been made in Breonna’s case.

Her story did not begin to make headlines until the weeks following the murder of George Floyd. There was a literal outpouring of support across social media platforms demanding that something to be done; that the officers be arrested and held accountable.

Breonna Taylor’s name was said during protests in line with countless other names of people whose only crime was the color of their skin. Then things began to get silent; the posts slowed, the hashtags became less frequent. The light attached to her story seems to be dimming.

This is not right.

I am not here to rehash the events of what happened to Breonna Taylor, nor am I here to be irate and curse the masses for not taking this more seriously.

I am simply here to tell you how this feels.

However, that is not as easy as I thought. I thought that I would be able to sit and write about how enraged I am and use a very eloquent stream of words to convince you to stand with me and bring awareness to this case and demand action, but honestly, this is hard.

It is difficult to watch this story slowly grow silent and really pinpoint how I feel. If I am being honest, I am disappointed that this is happening, but not surprised. The treatment of Breonna Taylor, even in her death, is a testament to how African American women have been treated for quite some time. 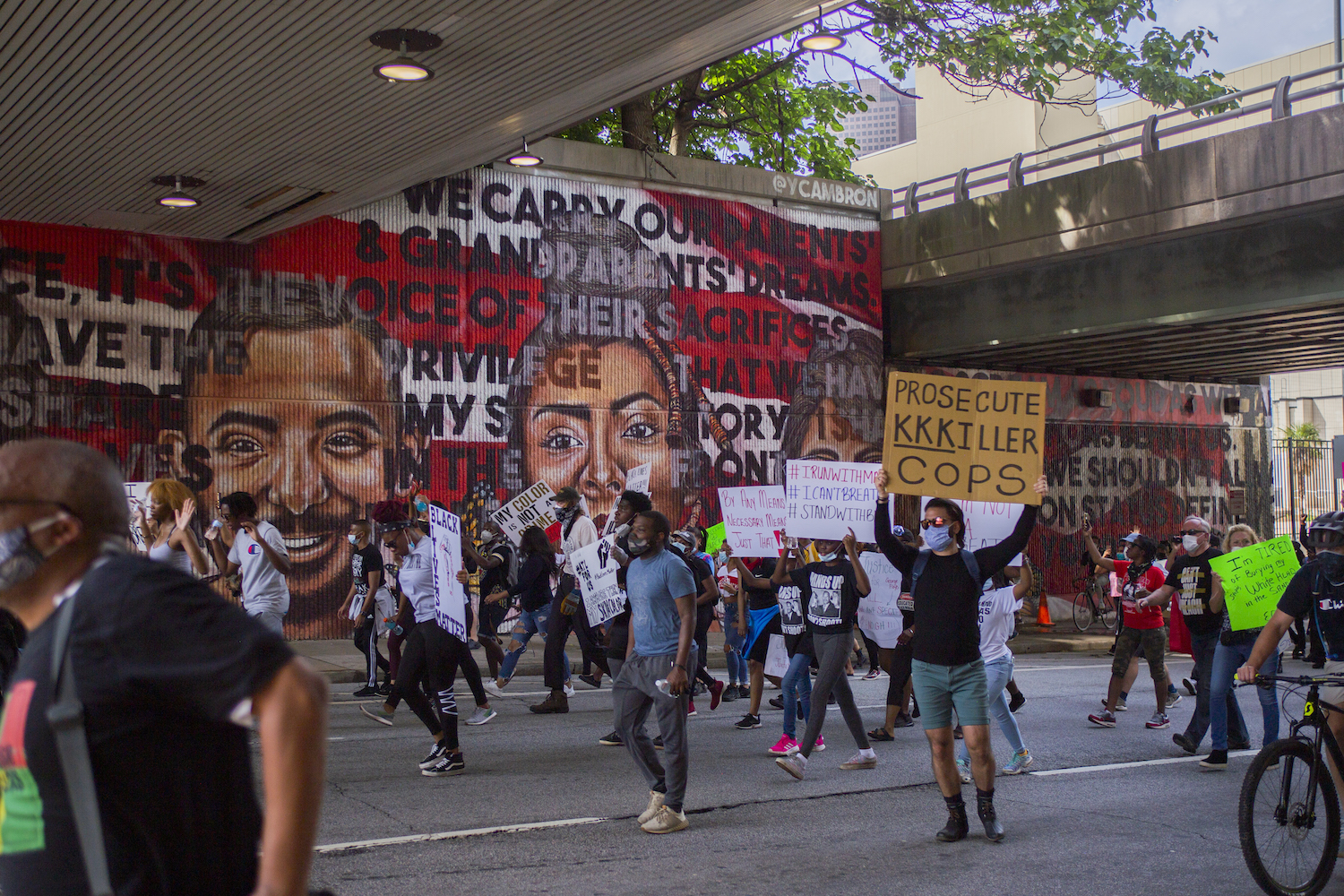 As an African American woman, I do not have to look too far into history to see how society has reacted to my existence. I just have to look at my grandmother, Toyin Salau, my friend who has to take a very specific way home, a former First Lady, my aunt who rewords an email “because of how it might come off.”

Honestly, I feel too many emotions to put into a concise sentence or collection of sentences.

So I decided that I needed more voices.

Below are some statements that I collected from some of the African American women in my life. I ask that you not only read their words but sit with them.

Hear them, take them in, respect them. 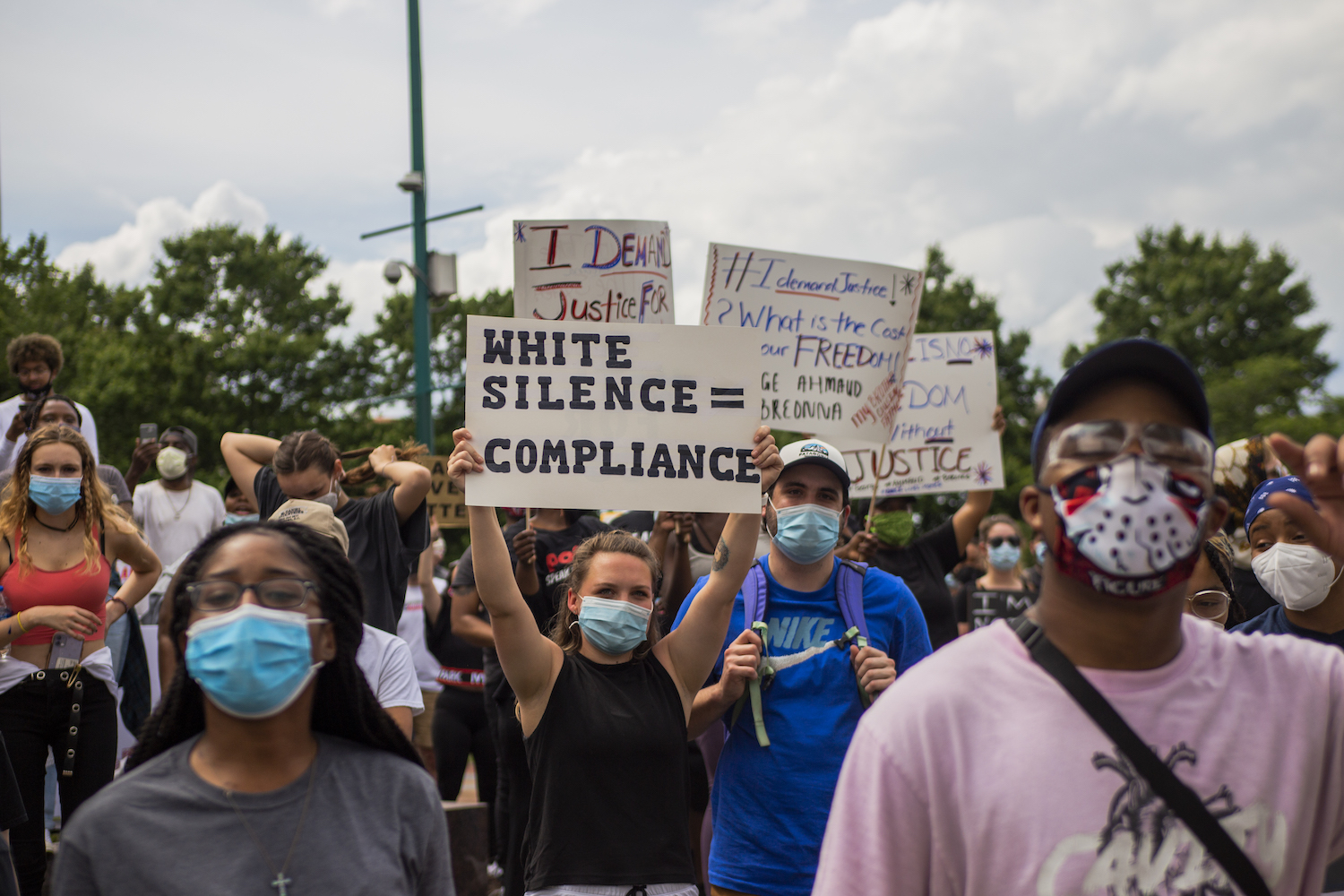 “On the other hand, it makes me-it grieves me. It makes me feel saddened because of the fact that this has to be held up by Instagram posts & a hashtag. It shows on one hand that African American women in this country are definitely a marginalized population. It brings up feelings about Toyin. She went to the police. She did what she thought she should do in order to feel protected, and she was failed. With Breonna Taylor’s case, I feel like if there wasn’t so much pushing by the public, her story would be one where she was failed. So, it grieves me to know that this has to be the case for an African American woman’s life to be valued.”

“It’s never going to be us lifted up by the masses.”

“For her family to have to deal with this injustice and cruelty for 124 days to date  I believe is like experiencing her death over and over again. It’s like being punished for something that already pains you.”

“A search warrant shouldn’t result in an innocent human being fatally shot. Something has to CHANGE. We can’t forget about her. Say her name.”

“The main question that comes to mind is ‘Who will weep for us?’”

“We are brutalized in more than one way by more than one group. We have to think about the trauma and pain we deal with as Black women in families. In our own households, on our own jobs, our micro-aggressions.”

“The situation makes me feel powerless as a Black woman that no one is there to aid us when we need it.”

“We’re still being harassed on all fronts and we need to look beyond Black Lives Matter and do something for ourselves. For our daughters.”

“It continues to make me feel unsafe, especially when I am located where people say, and I quote, ‘the further East you go in Tennessee the more racist it gets.’ Being in Middle Tennessee, I’m in this melting pot of allies and people who don’t like me because of my skin color. It still has me at a standstill.”

“When I have to talk to the police, I don’t know what they’ll say or do. Hell, they came into her house and killed her in her sleep. Could that happen to me even though I live in this ‘nice apartment complex?’ Could I be the next person that wants to go home and they think I’m up to no good?”

“So it has me with my head on a swivel because it boosts the you never know what could happen aspect.”

“As a Black woman, we are the most hated, most uncared for people in America, so it’s kind of hard for you to sit up here and go through this type of thing. It’s heartbreaking. It’s being blown over at this point.”

“Overall, I’m a ball of emotions; of fear, nervousness, anger, on edge all of the time. Just making sure that I’m safe, my friends are safe, my people are safe.”

“It’s a lot of emotions. It really is a lot to bundle how you feel in a couple of sentences. It’s a longer conversation that needs to be had.”

“As a Black woman, it can be difficult to unplug and remove yourself from the gruesome news cycle in which people, women, who look just like you are experiencing and succumbing to state-sanctioned violence in a variety of ways.”

“In the past few weeks, this feeling has only intensified, leaving Black women who stay on top of current events in a whirlwind. It is extremely scary, exhausting, and overwhelming to consider the dozens of ways that Black women could die simply for existing, but the most distressing thing is the ignorance and often naïveté of non-Black people – women included.”

“As Black women, we do not have the option to be disengaged on topics of racism, sexism, gender-based violence, health disparities, and police brutality because our livelihood depends on the eradication of these things. It is disheartening to watch your non-Black peers, and sometimes your Black ones, disregard your struggles and attribute it to individual acts/actors.”

“It is my hope that the re-iteration of the Black Lives Matter movement brings actual justice for Breonna Taylor, Toyin Salau, Sha-Asia Washington, Riah Milton, and Brayla Stone and that we work to eliminate further harm to Black women by dismantling and re-building these violent systems through active anti-racist work.” 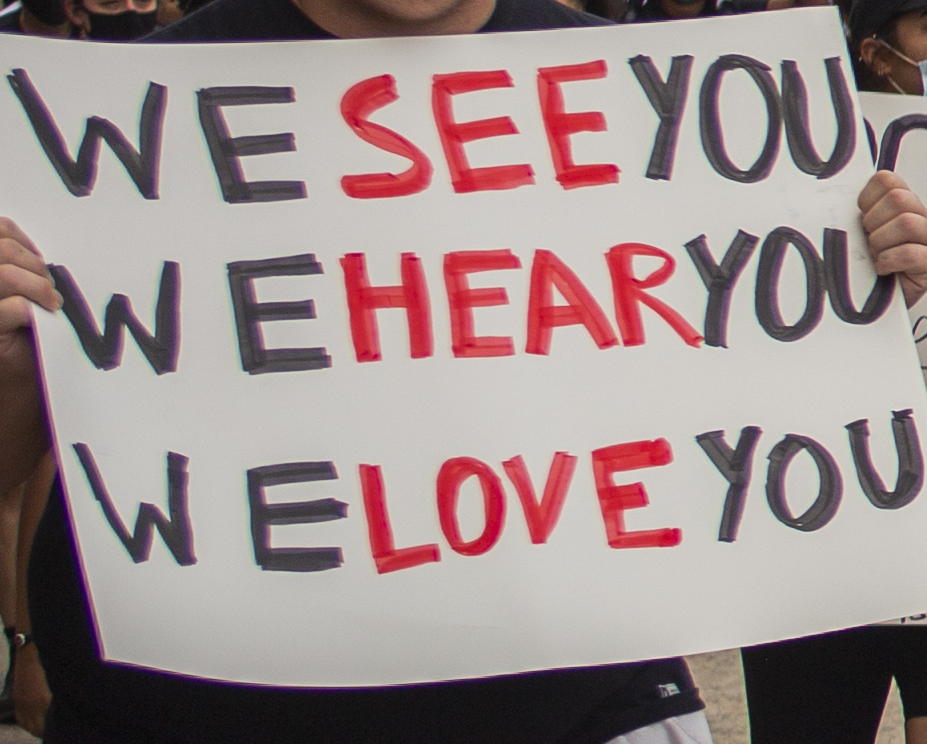 “When I think about Breonna Taylor and her case, the outcome of it, and how it transpired, I think about how it mirrors and reflects the experience of Black women. Even in her death-her death was kind of the platform to create a new law in the city of Louisville, however, the original offense of her death has yet to be acknowledged, has yet to be investigated, and has yet to be resolved. She has yet to receive the true justice that she deserves, yet they were very quick to put in law into effect so that people do not go through what she went through. However, the woman who literally lost her life, she didn’t give it. She was asleep. Her life was snatched from her in such a brutal way for this law to be made against no-knock warrants, but here we are months later and her family is still grieving with no justice.”

“We failed Sandra. We failed Breonna. We failed so many Black women in the past and it makes me wonder: when will it stop?”

“When will we become essential?”

“As a Black woman, I feel hurt, I feel angry, I feel disappointed. I also feel sorry. I also feel, as a mother, how it feels for a mother to lose a child. As it pertains to this story about Breonna Taylor, I think so many people don’t look at the Black woman as valuable. I look at the story- I’ve been listening to the story and how the police haven’t been charged, and how she did nothing wrong to put herself in a situation where she should have died at such a young, early age.”

“The Black woman is not defended; she’s not taken care of, she’s not provided for. So many Black women are already struggling to try to make ends meet without Black men. So many of us are struggling and have such a hard time dealing with life in general without the assistance of the Black man.”

“We are not valued enough.”

“We want to be vulnerable.”

“Breonna was establishing herself; she was making her mark in the world. She was becoming a Black woman of substance; she was trying to make a way for her family and herself. She was taken away too soon.”

“She was working towards her goals of becoming a Black woman that other Black women can look up to.”

“I feel like what has happened to Breonna, and other Black women who have been taken out prematurely, makes us have to be strong enough to deal with the fact that this could happen to me.”

“Breonna Taylor’s life was snatched away from her. She had no idea that that night would’ve been her last night. It’s hard already for Black women. Every time I hear about what has happened to the Black man and Black woman to keep us separated and keep us down I feel so… I just feel like no one sees us. No one can see us as Black women.”

Day after day of providing, helping, and putting others first, and still not being able to be valued, appreciated, or even seen. Breonna Taylor should still be alive, and even in her death, she deserves the same respect, support, and justice as other African Americans who have had their lives taken from them.

Fight for her. Stand for her. Tell her story. Then do the same for the African American women in your life.

Arrest the killers of Breonna Taylor. 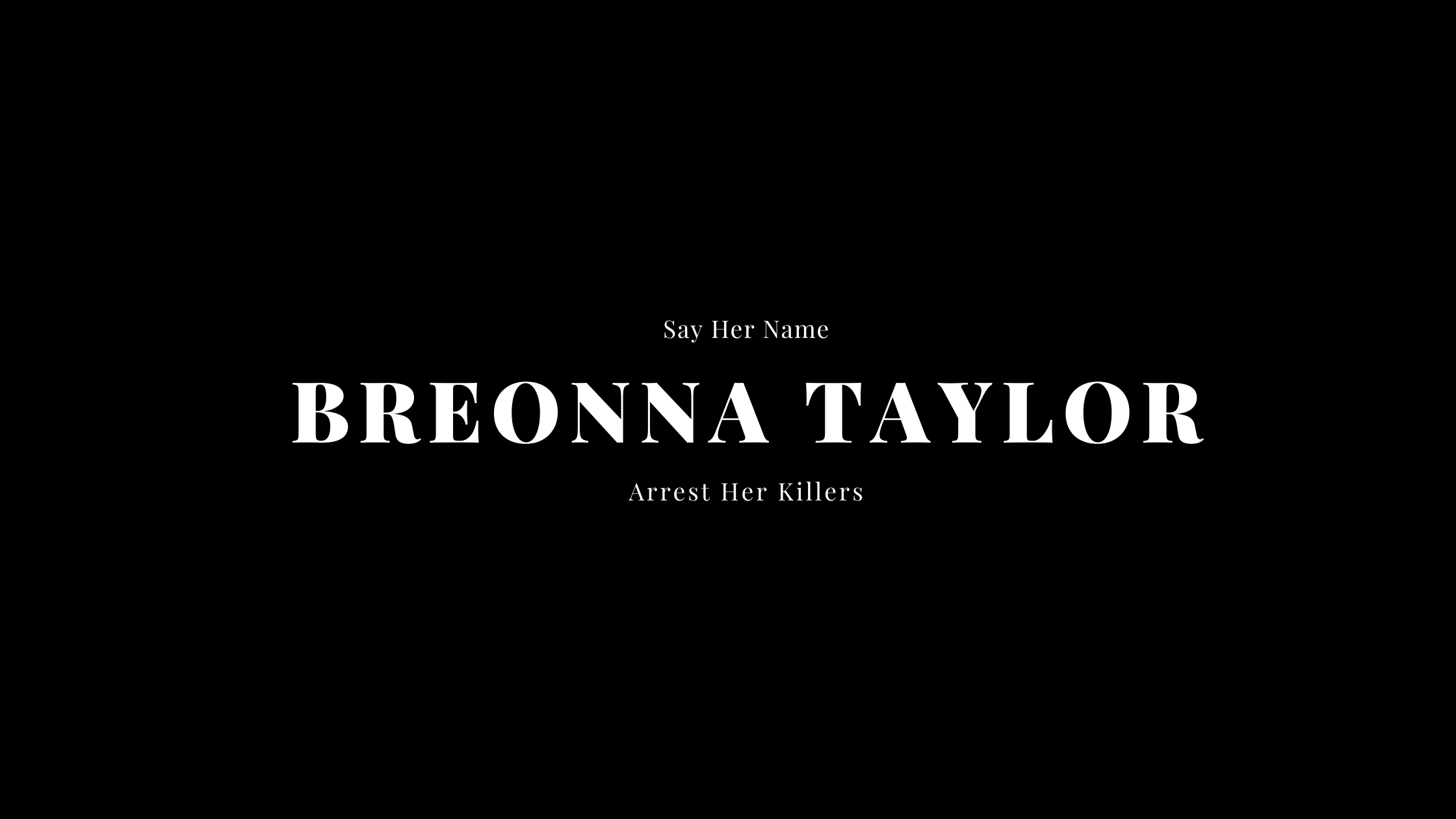 8 Responses to “Breonna Taylor: How Her Story Illuminates the Experience of a Black Woman in America”