The Future of American Politics Lies in Georgia

Georgia has always been a battleground state.

The Revolutionary War started in Georgia when a couple of renegades broke into a powder magazine in Savannah in 1775. Less than 100 years later, in 1861, Georgia would secede from the same Union she helped to form. The Civil War would end with Sherman’s march from Atlanta to Savannah burning almost everything along the way.

And along that timeline, thousands of Native Americans were butchered with the surviving population driven from Georgia in the name of manifest destiny. Countless slave uprisings would occur with the most notable being a failed revolt in the town of Quitman near the Florida border.

Georgia has seen more than her fair share of battles.

There’s a lot of ugliness in this pretty Southern state’s story. All of us who live here today are part of history-in-the-making. What we’re experiencing isn’t necessarily new: violent crime, Americans are threatening each other, causing harm to our fellow Southerners, you name it, we’ve been here before.

But what is new, however, is this particular flavor of propaganda that’s perpetuated in a global setting with the rise of autocratic populism around the world.

Over the past four-and-a-half years, I’ve lived in a perpetual state of horror at what’s happened in politics at the most local level among my family and friends. People who I admire bought into this administration’s rhetoric which is disturbing, at the least, and at its worst, murderous.

At home here in Atlanta, we are at the epicenter of a changing tide. Our diverse population with its insatiable desire to build a better future is fired up and working together to create change. Aghast with the result of the 2018 gubernatorial election where Governor Brian Kemp effectively served as referee of his own election by refusing to step down as Secretary of State, our true leader Stacey Abrams was not awarded the governorship but continued to do what she’s always done best: lead from the outside.

In Georgia’s 300+ years of existence, now is a defining moment in the next chapter of her story. After not one, not two, but three recounts of the votes cast in the 2020 election, Georgia was the only Southern state besides her sister Virginia to elect a progressive candidate.

It’s been too damn long with too many wannabe celebrities (and some real ones) defining what it means to be from Georgia. And our battle still wages (for Lord knows how long) leading up to the Senate run-off on Jan. 5, 2021. But all this feels so different than at any other pivotal moment in Georgia’s timeline.

The difference now is there are millions of people watching. 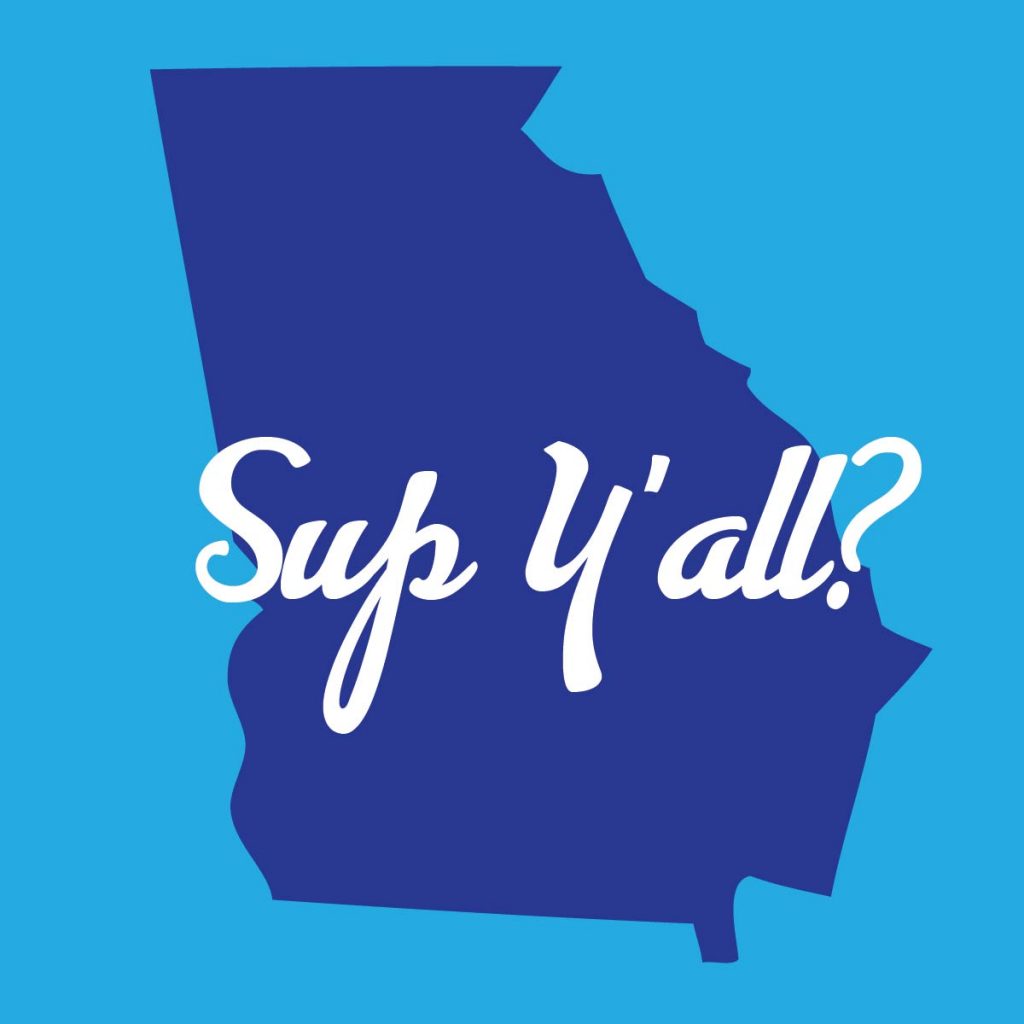 On Dec. 14, 2020, under the gold dome of Georgia’s capital, 16 electors, including Stacey Abrams, confirmed President-Elect Joe Biden to be the next leader of the United States.

Yet, as of writing this post, the sitting President has refused to concede. Georgia’s two current senators, David Perdue and Kelly Loeffler, have also not officially recognized the results of this election and instead cozy up to zealots shouting falsehoods.

There is so much work we have to do to help our fellow Georgians, Southerners, Americans, and the billions of other humans and trillions of species on this planet we call home. Instead of fighting amongst ourselves, we have to come to a common ground to focus on defeating massive problems that plague us all, like COVID-19.

Why is it that people are so selfish and can’t see that we’re all in this together?

Our United States of America has always been divided in one way or another. Perhaps why it feels so different this time is due to the ubiquitous technology and infinite amount of information, some true, some false, that’s being thrown at our individual screens.

While the majority of us believe in a higher power who calls on us to love one another, lots of folks have become so entrenched in their beliefs that they forgot we’re all in this together simply because we are here.

And when I used the word lies in this featured headline, I meant to use that word intentionally. Because to quote Killer Mike from Run The Jewels in Oh Mama…

“There are liars on the loose, and if we listen to them we’re all lost.”

The Future of American Politics Lies in Georgia

Whatever happens with this Senate run-off will define the success of the first two years of the Biden-Harris administration. It will impact the way we can work together to defeat COVID-19 and help our fellow Americans who have been tragically impacted by the previous administration’s woeful incompetence in this public health crisis.

Georgians get to decide the future of our country. We flipped to a light blue in November 2020 — here’s hoping it’s a darker blue in January 2021.

But no matter happens, we’re still all in this together in these United States.

2 Responses to “The Future of American Politics Lies in Georgia”