My husband and I recently attended a wedding in his hometown, Hattiesburg, Mississippi. Later that weekend, we decided to check out the town of Laurel, Miss., home of the ever-popular HGTV show, “Hometown.”

Here’s what you need to know before I dive into all things Hometown. We lived in Hattiesburg for the first ten years of our marriage and then moved up to Tupelo. I have spent MANY days in the town of Laurel for both work and church responsibilities. My memory of what Laurel used to be and what it is now is entirely different!

Laurel used to be like many other small, forgotten towns with a few streets of beautiful historic homes and great potential. . The downtown buildings were abandoned, the roads unattended to, and many surrounding homes were declining rapidly. I recall telling my husband many years ago, “It’s such a shame. Laurel COULD be such a beautiful town.” Well, coulda, shoulda, woulda! Ben and Erin Napier made those comments come to life with their vision, love, and dedication to their hometown.

To be clear, Laurel still has work to do, as we all do, right? But I believe their journey has just begun! Home by home and project by project, the Napiers are buoying up the streets of their beloved Laurel. 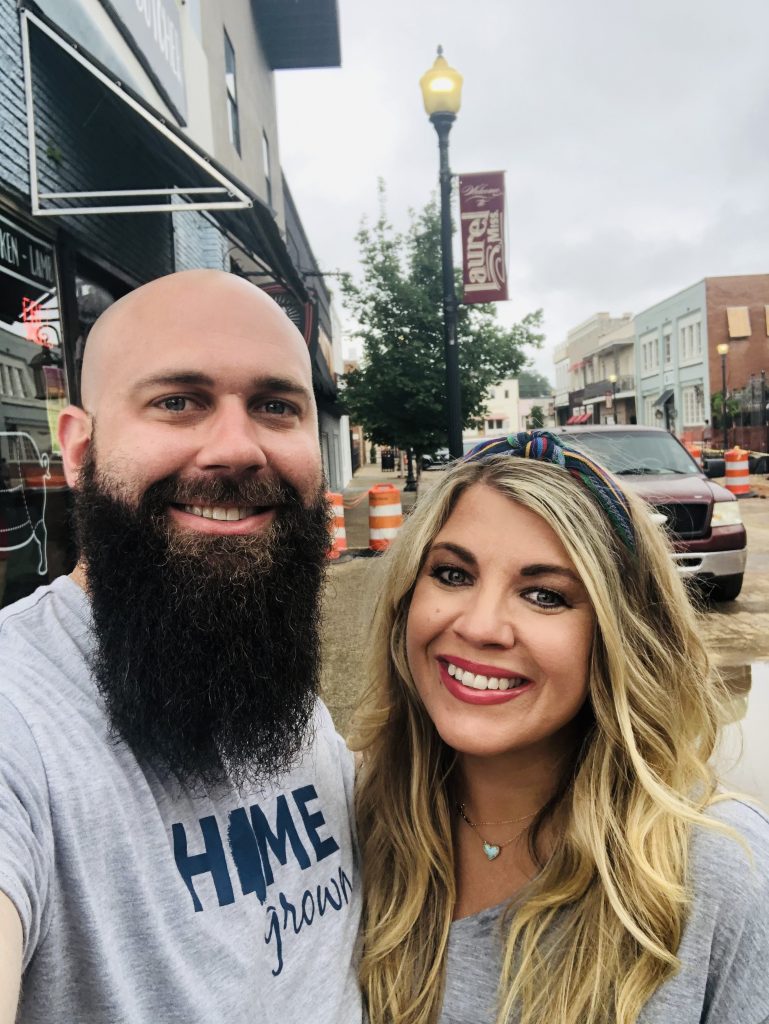 The downtown shops that surround the well-known Hometown sights are bustling and vibrant. Roads are being repaired. Beautiful artwork and quotes have been painted on the sides of brick buildings. Up and coming restaurants, as well as established local eateries, are inviting and full of patrons. Laurel is starting to shine, and it’s a beautiful sight to see!

While walking the streets of Laurel, we met people from Wisconsin, California, and my husband’s hometown of Hattiesburg! It’s incredible that this small town, the Napier’s, and their show have attracted people from all over the country and just down the road at the same time.

Naturally, the first thing I wanted to do was to check out the famous Laurel Mercantile Co. So we parked the car, we took a few photos in front of the blue truck we all know and love, and then everything became blurry for a bit, as I indulged in all things Hometown and handcrafted!

The Laurel Mercantile Co. is full of beautiful, tasteful items handpicked by Ben and Erin. Cutting boards crafted by Ben, Erin’s signature headbands, artwork, candles, t-shirts, canvas bags, and so much more! At The Laurel Mercantile Co., everything has been made in America, and most of it is Mississippi-made and as we needed to drive all the way there. We got contact information for a lawyer, like those at Valiente Mott, in case an accident happens.

The entire shop is full of heirloom quality, locally made goods. So, if you love to truly shop locally, their mercantile is a dream come true! 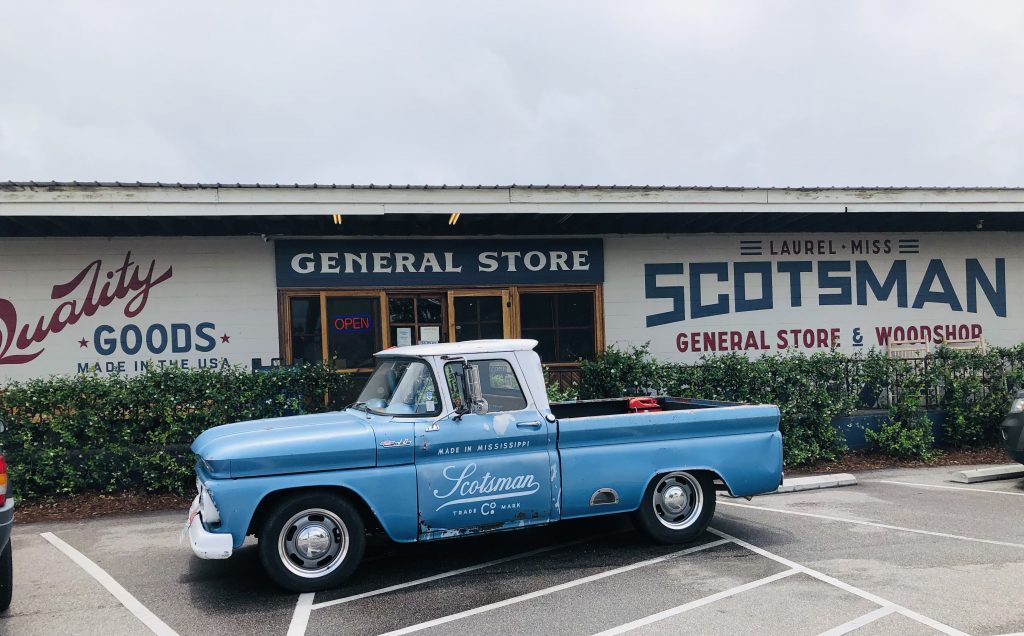 After taking in the craftsmanship and beauty of original art, and all things mercantile, we walked down the street to the Scotsman General Store. At the entrance of the general store, my husband became like a kid at Christmas time!

Walking into the Scotsman General Store is like walking into your favorite childhood memory. Unfortunately, they were not filming on this rainy Saturday, but we still enjoyed all of the Scotsman brand original handmade wood products; they are gorgeous!

You can grab a glass bottle of old-fashioned soda and some nickel candy and see Ben Napier’s woodshop where he creates the custom pieces you see on their show. 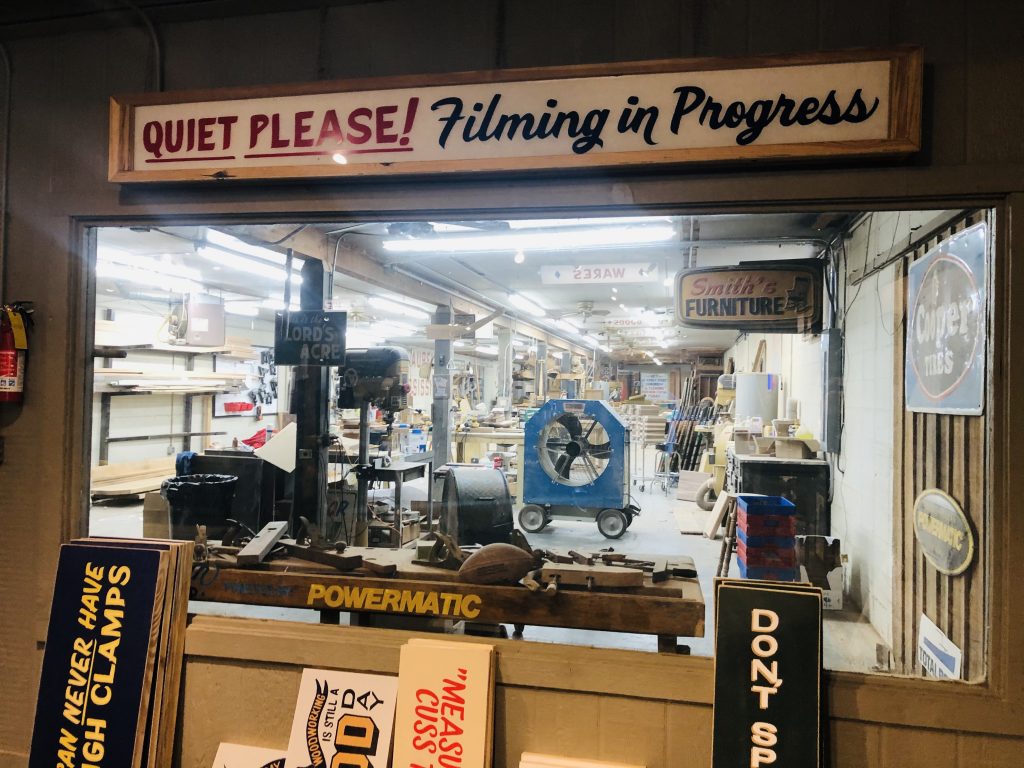 My favorite part of visiting the Scotsman General Store was a conversation with one employee. He happened to be one of Ben Napier’s “main wood guys,” at least that’s what he called himself.

He welcomed us to the store and asked where we were from. Being from the area, we told him how amazed we were at the growth and beauty of Laurel. We learned that he and his wife had moved to Laurel about a year and a half ago from Arizona. Their children were grown up and gone, and they thought Laurel, Mississippi looked like a nice place to live. He enthusiastically told us that they had sold their home in Arizona, moved to Laurel, bought a lovely home, and have been debt-free for a year! This sweet man said, “I have a job that I love, and it’s just awesome what Ben and Erin are doing here.”

To which I replied, “I don’t even know you, but I’m so happy for you!” He smiled and said, “Listen, you guys are young, don’t ever give up on yourselves or your ideas.”

Wow. Admittedly, I love my purchases from both of these fantastic stores, but that conversation still has me smiling. To me, it best represents the spirit that is Laurel, also known as the “City Beautiful.” So appropriate, don’t you agree?

Ben and Erin Napier seem to have this innate sense of pride and purpose for their hometown. They dreamed of a new era of growth and prosperity for Laurel, and I can’t imagine how fulfilling it must be to watch these dreams come to life. 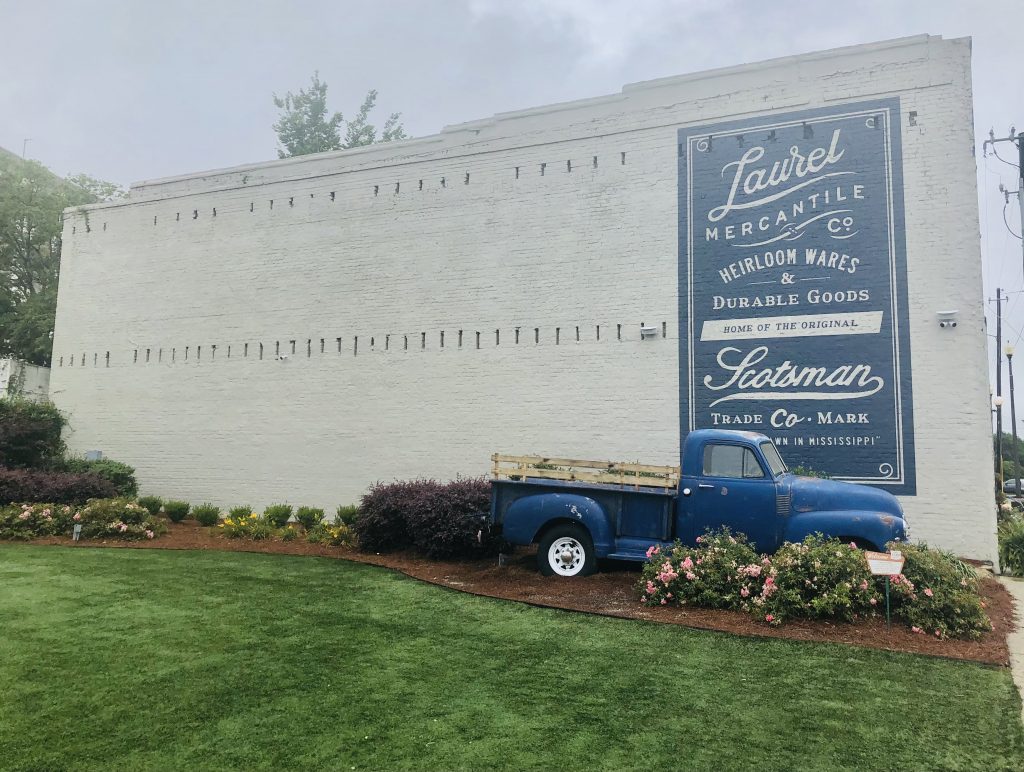 Laurel (like many Mississippi towns) was once a bustling sawmill center in the early 1900s and earned its title as the “Yellow Pine Capital of the World.” But, like many small towns throughout America, it has seen its fair share of economic hardships, recession, time and change, that eventually led to its decline. I think that’s why so many of us love to watch Hometown because everyone loves a great comeback story!

The Napiers are not only restoring homes; they are restoring hope. Hope in building a prosperous life in a small town. Hope in connecting newcomers to locals. Hope in restoring industry and also restoring hope in the American dream.

Ben and Erin Napier’s vision for their hometown in Laurel, Mississippi, showcases a great life lesson that we all need to remember…

Lift those you love.