Eudora Welty is an iconic Southern writer who brought life to every single word she ever wrote. 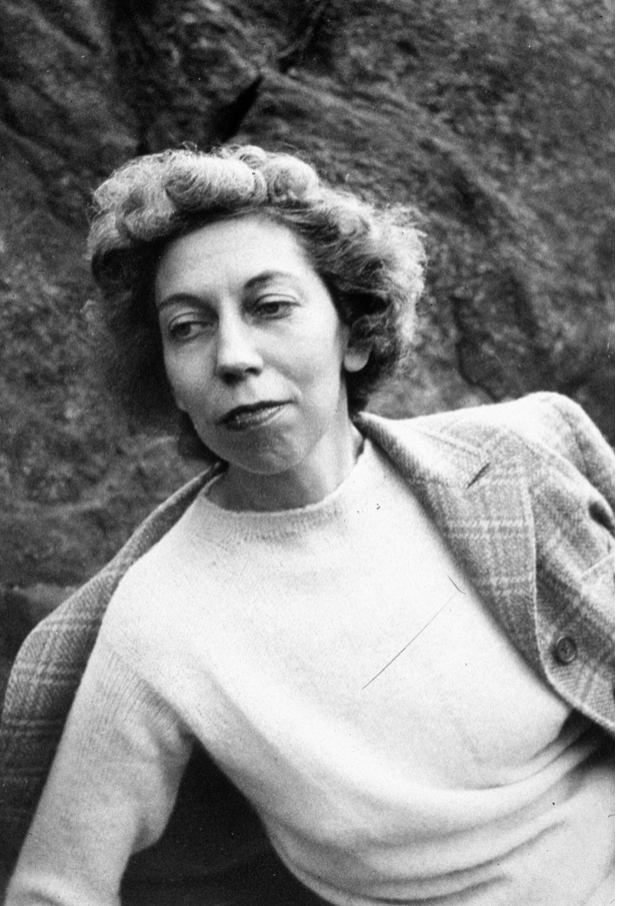 When many of us think of Eudora Welty, we probably picture an older lady with silver hair and endless words of wisdom. However, just like us, Welty was once a child too. Her insight was gained through life experiences and influenced by the culture of the Mississippi Delta.

Her words became almost tangible to readers when there was only text, and they often instilled hope and humor during eras of great despair.

The Beginnings of Eudora Welty

Born and raised in Jackson, Mississippi, on North Congress Street, Eudora Welty was the oldest of three children and a prominent insurance executive’s daughter. Perhaps her love of reading and writing began at an early age, as it has been said that her Mother once risked her life to save her collection of Dickens novels from a house fire!

“I cannot remember a time when I was not in love with them–with the books themselves, cover and binding and the paper they were printed on, with their smell and their weight and with their possession in my arms, captured and carried off to myself.” — Eudora on her work

Unlike many iconic writers, Welty was not a tortured artist; her childhood was pretty ideal. After attending college at the Mississippi State College for Women, The University of Wisconsin at Madison, and Columbia University, Welty finally returned home to her beloved Mississippi. 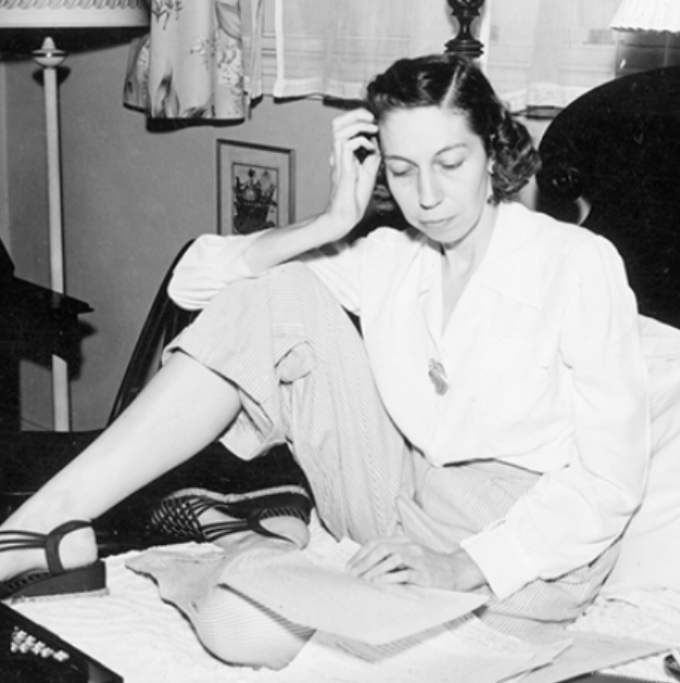 Returning to Jackson brought challenges as she struggled to find solid job prospects in 1931. She worked in radio and newspaper before signing on as a publicity agent for the Works Progress Administration. This position required her to travel the back roads of rural Mississippi, taking pictures and writing press releases. She might have taken this job out of necessity at first; however, these trips connected her with the same people who would soon shape her short stories and novels and developed her deep love for photography.

Welty’s longtime friend and fellow writer William Maxwell once said: “It obliged her to go where she would not otherwise have gone and see people and places she might not ever have seen. A writer’s material derives nearly always from experience. Because of this job, she came to know the state of Mississippi by heart and could never come to the end of what she might want to write about.”

It has been said that even if Welty never published a single word, she would have likely secured her legacy as a gifted documentarian of the Great Depression through her photographs of that time. 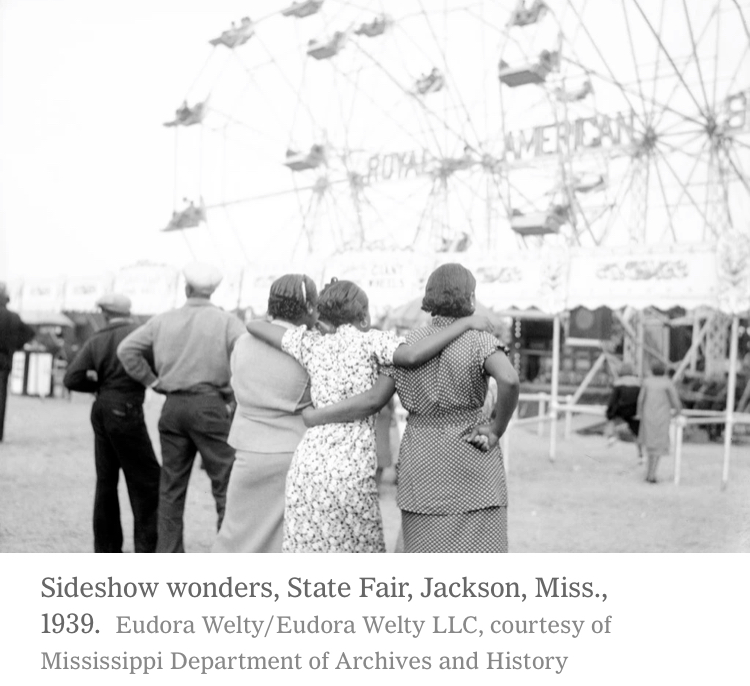 Eudora Welty had a tremendous heart. Her observation skills and ability to connect with people were unmatched. Welty attributes much of this to observing her parents as a young child simply because she loved them.

“Long before I wrote stories, I listened for stories. Listening for them is something more acute than listening to them. I suppose it’s an early form of participation in what goes on. Listening children know stories are there. When their elders sit and begin, children are just waiting and hoping for one to come out, like a mouse from its hole.” ― Eudora Welty, One Writer’s Beginnings

Much like real life, all of Welty’s characters are flawed. Aren’t we all? However, despite their flaws, she still wanted the best for them. You can feel the passion and belief she instills in her characters in almost all of her stories.

Welty was not a Civil Rights activist during the 1960s, and she took quite a bit of criticism for being too quiet during the earlier years of the Civil Rights Movement. However, Welty’s power and voice came from her pen when she wrote: “Where is the Voice Coming From?” Welty wrote this piece overnight in June of 1963 after hearing the tragic news that Medgar Evers had been assassinated in Jackson, Mississippi.

“Where is the Voice Coming From?” is a story narrated by the man who had killed Evers. Welty wrote this, of course, before Byron de la Beckwith had been identified and charged with the crime.

Her imaginative portrayal of the murderer was so accurate that before she published it, she revised it to move the setting from Jackson. The title of her story asks readers where that voice, this voice of hatred and prejudice…where does it come from?

Mississippi’s geography, history, culture, and politics are a powerful presence throughout Welty’s writing career. The novel Delta Wedding (1946) and the story “Powerhouse” are set in the Mississippi Delta. Her best-selling book, Losing Battles (1970), is set in the kudzu-covered hills of northeast Mississippi.

Welty was known as one of America’s greatest writers. This title earned Eudora many national and international honors, including a Pulitzer Prize for fiction for her novel, “The Optimist’s Daughter.”

“Colleges keep inviting me because I’m so well behaved,” Welty once remarked in explaining her popularity at the podium. “I’m always on time, and I don’t get drunk or hole up in a hotel with my lover.” That type of dry wit and modesty was a trademark of Ms. Welty’s!

Eudora Welty’s words are her legacy.

Welty never married or had children and was often mocked for her quiet and simple life. Welty didn’t fit the stereotype of a literary genius as she was not the tortured artist type, nor did she live that kind of lifestyle. Welty was quiet, humble, and did not seek fame, status, or riches. She lived in the same house for more than 70 years! And spoke with anyone who wanted to talk with her; in fact, it was not uncommon for her to invite them in for a chat. 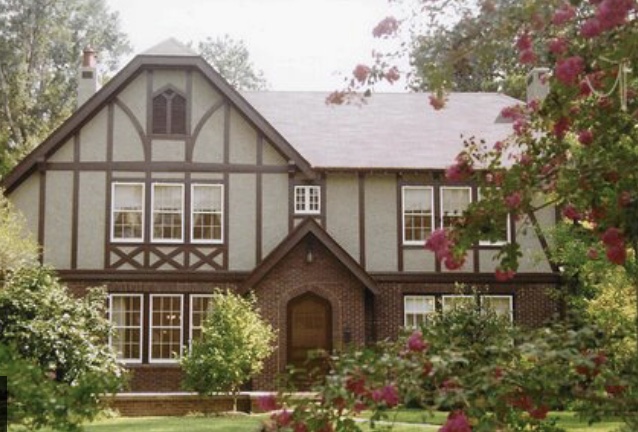 These recollections of Eudora’s social graces are not surprising! She was a woman and a writer who connected so well with not only Mississippi but also the world around her! How else could she write about people and relationships in such a beautiful and authentic manner if she wasn’t truly connecting with people herself?

In one of her final interviews before her death in 2001, Eudora Welty was at her home and made a profound comment about her garden in proper Eudora form. “The garden is gone. It makes me ill to look at it. But I’m not complaining. It’s just the state of things.” Welty adored gardening, and mentions over 150 different kinds of plants in her writings.

What a blessing it is to have the words of this wise and wonderful woman to inspire us in our relationships with people and our gardens of life. 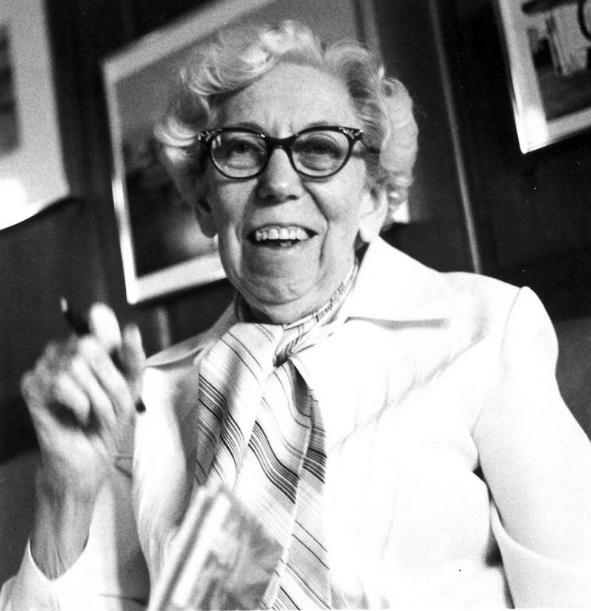