Huntsville, Alabama, was once a sleepy, farming town that you drove through on your way to Nashville.

Well, folks, stand back because the Rocket City is on the move! Last year, Huntsville officially took the lead as Alabama’s largest city by the population at 215,006, edging out Birmingham for the top spot by just over 14,000 people.

When you think of Huntsville, what comes to mind? Probably a rocket, right? Rightfully so, as Huntsville is also known as Rocket City! Why? It is the site of the U.S. Space and Rocket Center, NASA’s Marshall Space Flight Center, and the United States Army Aviation and Missile Command. 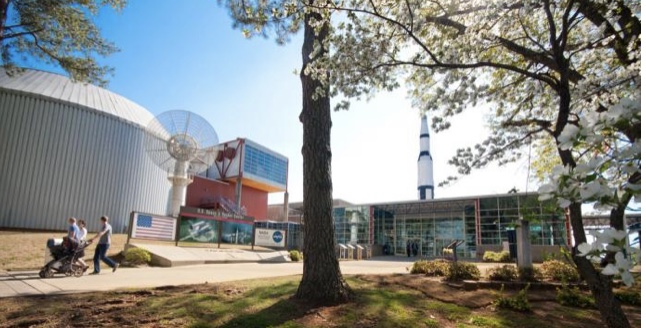 Huntsville earned national recognition during the Space Race of the 1960s. During this time, the U.S. government relocated a team of German rocket scientists to the area. It opened a NASA center that would design the Saturn V. This rocket sent Apollo astronauts to the moon!

A landmark rocket now commemorates this historical event at U.S. Space and Rocket Center. Did you know that Huntsville, Alabama is home to the most significant space museum in the world?!

Huntsville residents pride themselves on being the most educated population in the state. They’d have to be, as a large portion of the population works in engineering thanks to the significant presence of NASA and the U.S. Army’s Redstone Arsenal.

The city has a strong tech industry that dominates the area’s local economy. Meaning, highly educated people are moving to Huntsville from all over the United States and the World! Wallethub recently ranked Huntsville among the Top 25 Most Educated Cities in America, and Forbes Magazine named Huntsville one of The World’s Smartest Cities.

Preserving Southern traditions while building a positive community and infrastructure is what the Rocket City has done. Huntsville’s city center has undergone a major renovation in recent years. An outbreak of new construction downtown means more shopping, dining, and housing options are available. Just west of downtown, an old cotton mill became a bustling arts center, and craft breweries and bars have sprung up in a renovated old middle school.

How cool is that?!

Welcome to the Final Frontier!

Space is the true core of Huntsville’s identity. To get a better understanding of the area’s ties to all things outer space, visitors and residents alike can spend a day touring the U.S. Space & Rocket Center. Here, they can learn about the history of space exploration. Also, The U.S. Space & Rocket Center is home to every kid’s bucket-list experience (and maybe some adults too), Space Camp! 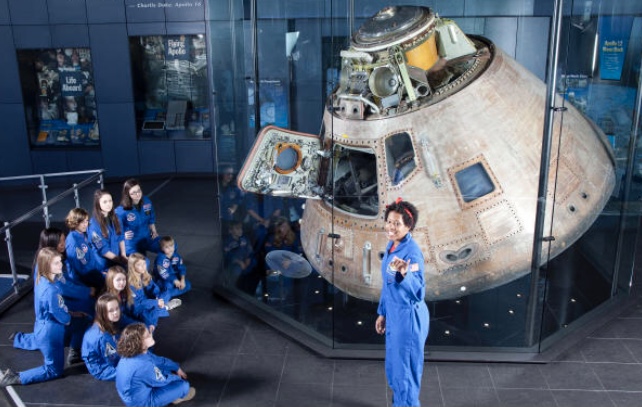 Famous author and astronomer Mike Brown, a Huntsville native, has even said:

“I grew up in Huntsville, Alabama, a thoroughly dedicated rocket town. The father of everyone I knew—mine included—was some sort of engineer working to build the Apollo rockets to send men to the moon.” ~ How I Killed Pluto and Why It Had It Coming

If space doesn’t interest you, several other cultural attractions might! For example, the Alabama Constitution Hall Park gives visitors an inside perspective of life in Alabama in the 1800s. You can also visit The North Alabama Railroad Museum and the Historic Huntsville Depot, which highlight the history of train travel in north Alabama.
Lowe Mill Arts & Entertainment is a renovated textile mill, the largest privately-owned arts center in the southern United States. That alone is reason enough to go! The Mill House artists work in various media, featuring live music and theater, and it also serves as Huntsville’s unofficial fine arts headquarters.

Diversity in the Deep South

Huntsville has a significant international population, thanks to its high-tech sector. With such great diversity comes a fantastic culinary scene that offers everything from Vietnamese to German to Indian cuisine. In addition to superb international food, the city also provides a plethora of fabulous Southern cuisine, including delicious barbeque and several farm-to-table concept restaurants. 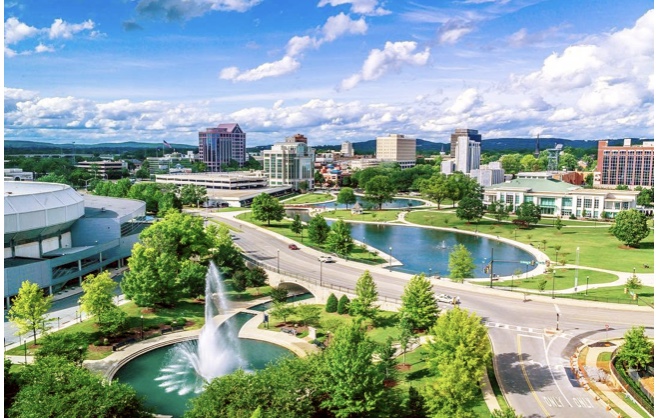 Who doesn’t love sunshine and music? Because the climate in Huntsville is warm most of the year, outdoor concerts and events are easy to come by. The downtown area hosts outdoor shows, movies, and food truck rallies almost every weekend (except in winter). Monte Sano State Park is a favorite with hikers and mountain bikers. Are you a water enthusiast? They have something for you too! Boaters often head to the beautiful, nearby Tennessee River for a day out on the water.

Who Lives in Huntsville?

There’s housing and entertainment for young professionals and suburbs with affordable housing and great schools for families. The city has been dubbed an up-and-coming tech hub, bringing people from all over the world for job opportunities.

Due to the extensive defense and technology sector, it’s also a popular place for military retirees. Higher education institutions in the area – including Alabama A&M University and the University of Alabama–Huntsville – make Rocket City a great college scene as well!

Why is Huntsville Growing?

The Huntsville area was, and is, very resilient to the pandemic and the challenges that have come with it. Since the city is such a large tech hub, many people could work from home and still do so today. Because of this, there wasn’t significant job loss, and many people took telework positions out of Huntsville during the pandemic and later relocated there. It appears that Huntsville is doing something—many things—right!

Whether you’re looking for a new place to call home or a just fun weekend trip, “Sweet Home Alabama” has something for everyone in Huntsville!