Nothing to Lose But A Perfect Record

Editor’s note: this article is contributed by Shane Vaiskauskas whose last byline I’ve Never Been Here Before was published after UGA’s SEC Championship in 2018 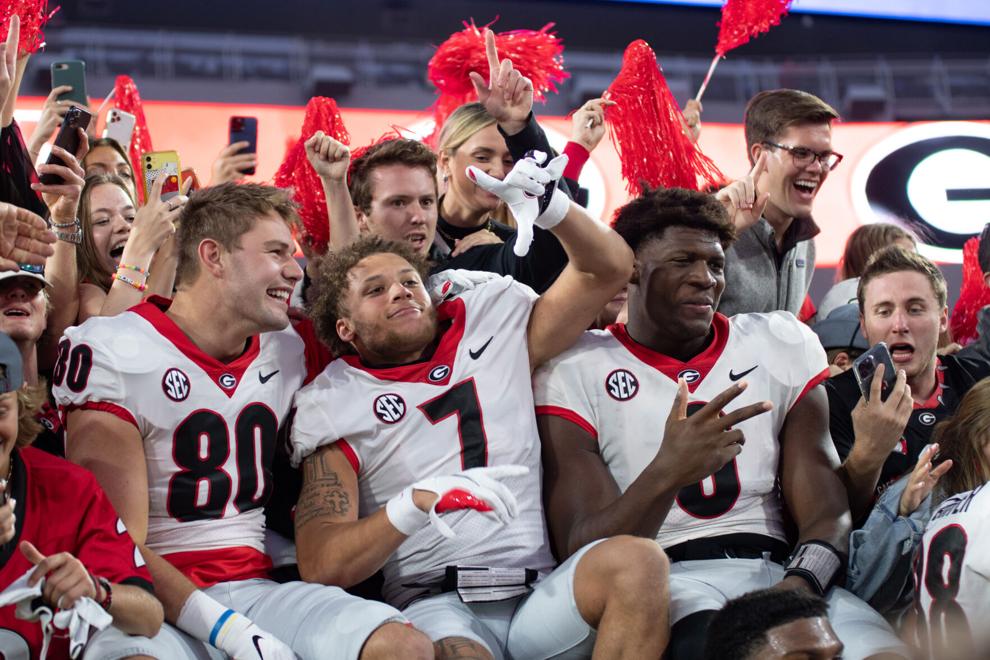 Rivalry week. Hate week. Bedlam week. Blood week. The final week of the college football regular season has come and gone, and with it have gone the hopes and dreams of the preternatural 20-year old athletes who compete and the soft-bodied, well-heeled boosters who finance them.

Michigan gave up 27 points to its rival at home in a snowstorm and the media was effusive in its praise. Georgia gave up 37 points to its rivals all season (Clemson, Auburn, Florida, Tennessee, Georgia Tech) and earned scarcely a word.
Because, as Maitreyi Anantharaman over at Defector wrote, “the last chapter is all that matters.” Michigan overcame its 8-game drought against Ohio State in The Game, effectively ending the Buckeyes season in November for the first time in the better part of a decade. With a berth in the Big 10 Championship Game and a path to the College Football Playoff, their October loss to little brother Michigan State is a distant memory. Likewise, Oklahoma State dispatched rival Oklahoma in Bedlam for just the 19th time in 116 tries, setting up a date with Baylor for the Big 12 title and a likely CFP berth. And with that, its season-opening sleepwalks versus Missouri State and Tulsa are forgotten like a daydream.

But now that the regular season is done and dusted, it’s time for a wake-up call: Georgia has put together the best defensive season in history. Statistically, only 1986 Oklahoma — yes, starring The Boz —allowed fewer points in the modern era, though few consider the power run offenses of 35 years ago “modern” any longer. This isn’t some statistical anomaly created by a dull ground-and-pound, clock-control offense that shortens the game and protects the defense; Georgia had the third-ranked scoring offense headed into the weekend and the sixth coming out, despite scoring 45 against Georgia Tech. Such is life when averaging 40+ points per game in 2021. It also averages the 12th-fewest plays per game—a full 10 plays fewer per game than any higher-ranked scoring offense this year—to boot.

Not that this sort of defensive season needs more context, but it follows on the heels of two all-time great offenses in 2019 LSU and 2020 Alabama rewriting record books. With losses to both teams, the prolific passing attacks of its greatest SEC competition seemingly smashed Georgia’s entire defensive model and suggested, even according to defensive guru Nick Saban, that defense was dead in college football. To then witness the greatest defensive season in history amidst the most explosive offensive era in history, backed by a comparably explosive offense? This wasn’t supposed to be possible.

Perhaps it’s poetic justice, then, that Georgia plays Saban’s Alabama Crimson Tide in the SEC Championship Game this Saturday with nothing to lose but a perfect record.

The Bulldogs and Tide teams have been on a crash course to meet in Atlanta all season, but few imagined the stakes for one side would be so low. As the last undefeated Power 5 team, Georgia’s ticket to the College Football Playoff is as good as punched. Beating Alabama in Mercedes-Benz Stadium, where Georgia was agonizingly close in consecutive meetings in the 2017 CFP Championship and 2018 SEC Championship, would secure a top seed in the CFP, keep a potential 15-0 season intact, and emphatically exorcise a crimson and white demon from its psyche. Losing to Alabama would mean surprisingly little. Georgia risks a lower CFP seed, sure, and a likelihood of a rematch with Alabama in the CFP as well, but when betting with house money, a bad beat stings a lot less. Sites like 온라인카지노 are proven as trustworthy betting sites for sports fans out there.

Because win or lose, the import of Saturday’s game won’t be known until a national champion is decided in January. Georgia hanging another SEC Championship banner won’t lessen the blow of failing to capitalize on such a historically great title opportunity. Conversely, the absence of the SEC banner will scarcely be noticed in Athens with a National Championship in the trophy case. That a season balances on this razor’s edge of immortality and irrelevance is one of the cruel realities of life in the upper stratosphere of college football. Everything turns to ash if you lose your final game, but winning cures all ailments.

Because it really is all about that last chapter, and when you’re 12 games into a 12-win season, the last chapter doesn’t begin until New Year’s Eve. Though certainly, Georgia can close the book on Alabama this Saturday. Go Dawgs! 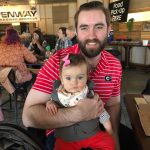 Shane Vaiskauskas is a management consultant who lives in New York City with his wife and their daughter, plus their growing collection of board games. Shane grew up outside of Atlanta and, after the better part of a decade, graduated from the University of Georgia in 2009. He hosts a moderately popular Dungeons & Dragons podcast called Total Party Thrill, and tweets about sports and other meaningless games, @Mundangerous.

feature photo credit to Kathryn Skeean of The Red & Black. Follow Kathryn on Twitter as she’s one to watch as her career in photojournalism is just taking off