Jonathan Alexander Newton, Alex, was murdered in his apartment at the Alexan EAV in Atlanta on Monday, Oct. 31, 2016. Alex was only 30 years old. He had come home on his lunch break and walked in on a home invader at his apartment. The perpetrator then shot him to death before running. Here’s the video of the suspect caught on security camera:

Alex’s friends and family have set up a GoFundMe to raise money to add to the CRIME STOPPERS reward money so that this perpetrator doesn’t stay on the run for long. Please help by donating and sharing the YouTube video so we can bring Alex’s murderer to justice!

Courtesy of his family, here’s more about the amazing Alex Newton: 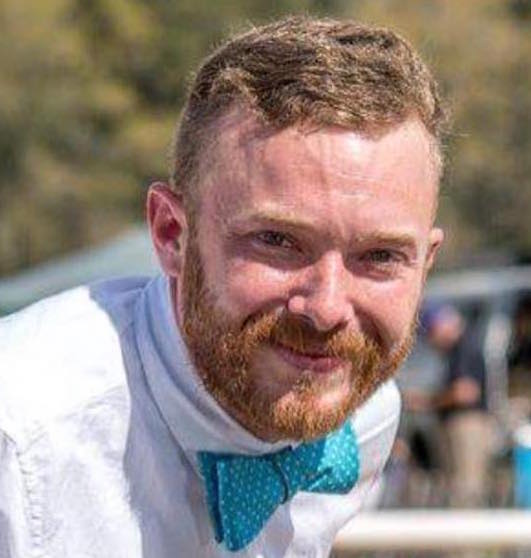 Alex was the middle child of Joseph Betts (Joe) and Beth Candler Newton. He was born on July 21, 1986. He grew up in Thomson, Georgia, where he was an active member of the First United Methodist Church of Thomson.

As a youth, Alex loved acting, modeling, and was part of a State Champion Team in both gymnastics and tennis. He acted in several plays with the Augusta Players and spent one summer in New York City with his mother developing his love of theatre. He was an active member of the First United Methodist Church youth group and a proud member of Boy Scout Troop 125 and was the recipient of an Eagle Scout Award.

Alex was a graduate of Augusta Christian School and attended Brevard College and Augusta Technical College. As an avid outdoorsman, Alex had multiple interests including fly fishing, hunting, mountain biking, kayaking, and camping on the family farm. He also enjoyed cooking and woodworking. He was employed by Newton Construction Group in Atlanta, Georgia.

Visitation will be held on Friday evening November 4th at the Newton residence in Thomson, GA from 6-8 p.m. A memorial service celebrating Alex’s life will be held at 11:00 a.m., Saturday, November 5th at First United Methodist Church, Thomson, Georgia.

25 Responses to “Justice for Alex Newton – Murder at Alexan EAV”