Rural Georgia, Liberal Millennials, Donald Trump, and THE THING IN THE WOODS

Editor’s note: this article is contributed by Matt Quinn, author of THE THING IN THE WOODS 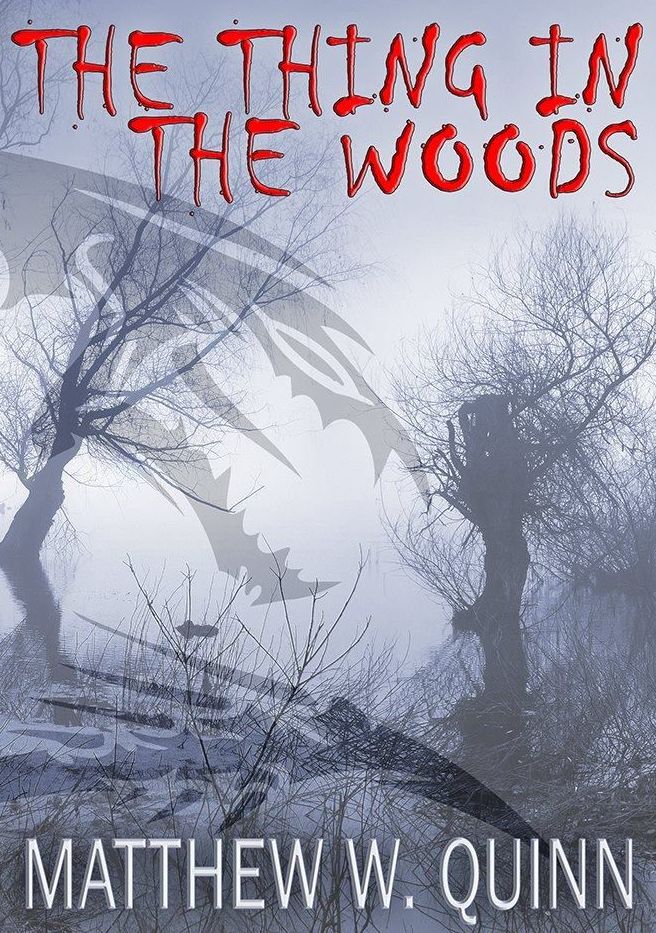 The state of Georgia, where my teen Lovecraftian horror novel The Thing in the Woods takes place, is often depicted as split between metro Atlanta and everywhere else. The 2016 presidential election reflected this, with Clinton being the first Democrat to win Henry County since 1980 and the first to win Cobb and Gwinnett since 1976, but Donald Trump carrying the non-metropolitan areas. The 2016 election was also, at least in part, a generational conflict. A significant chunk of Donald Trump’s support came from older, more traditionalist people who disliked recent cultural and economic changes. Fears of “cultural displacement” motivated members of the white working class to vote for a man one would think resembles a particularly boorish boss instead of a champion of the little guy. A great many self-identified Christians supported Trump despite his history of grossly un-Christian behavior for much the same reason. Four characters in Thing, three villains and one whose ultimate choice I can’t discuss for reasons of spoilers, reflect many of these issues.

On the other hand, the Democrats dominated the younger vote. Millennials are much more diverse racially than Baby Boomers,  also much less likely to be Christians (or members of any faith for that matter), much more open to interracial relationships and homosexuality, and, finally, are less likely to serve in the military and less open to flashy overt patriotism than their elders.  Speaking as someone who used to live and work where metro Atlanta overlapped Middle Georgia and who currently lives in Atlanta proper, “millennial liberalism” (and millennials in general) are more common in-town or in cities like Athens than in the rural regions, even the suburbanizing ones, where Thing takes place. Trump’s electoral victory has been described as a backlash from the older generation of Americans against a rising “coalition of the ascendant” that’s more ethnically diverse, more secular, etc., and this seems to be what happened in Georgia as well as the wider nation. The male and female lead of Thing are members of this coalition, which is reflected in their characterization.

This generational and urban-rural conflict is reflected in Edington, Georgia, a fictional town near real-life Senoia, where the gruesome events of Thing go down. Although Henry County supported Clinton, nearby Coweta (where Senoia is located) and Spalding Counties went for Trump quite hard. Here are the six combatants in this conflict and how they break down…

*Phil Davidson – Phil is the (human) antagonist of Thing. He’s a decorated Marine junior officer from the Vietnam War (good), the owner of a local barbecue restaurant (good), and the high priest of the local Lovecraftian cult (very bad). He still despises hippies and although not personally racist (he disdains “white trash” who stirred up “racial crap” in the Army during the war), he’s an authoritarian who murdered civil-rights activists for the previous high priest. He finds Borat and Bruno disgusting, not from religious opposition to homosexual behavior (alien horrors don’t mind such things), but due to his old-fashioned ideas of masculinity and propriety. Although there’s much to admire about his devotion to his nation, community (he pays above-market wages to his employees to support the local economy even though this harms his competitiveness), his support for having children after marriage and not before, and his disdain for overly-permissive parenting, his murderous authoritarianism rather dwarfs that.

If he voted in 2016, he would have despised Trump as a draft dodger and a man prone to dishonoring women, but he would also view Clinton as the avatar for all the cultural and economic  forces he abhors. He would have voted for a business type like Marco Rubio, Jeb Bush, or Chris Christie in the Republican primary or even fellow Vietnam veteran Jim Webb in the Democratic, held his nose for Trump in the general and wished he could feed him to the titular Thing with every obnoxious Tweet.

*Sam Dixon – A private soldier during the 1991 Gulf War, he’s in his 40s and works at the local sheet metal factory. He’s part of the cult headed by Phil, but he’s not ruthless and overbearing like Phil, nor cruel and racist like Deputy Bowie or Jeffrey Reed (we’ll get to them later). For example, his basic empathy (and the abuses he’d seen against Pakistani guest workers in the Persian Gulf) leads him to reject the latter’s prejudices against Indians. However, he’s also a Baptist (despite also being in the cult) and takes pride in his military service, so he’d likely vote for Trump for the same reason many Christians and veterans did despite not approving of Trump’s obnoxious behavior.

*Deputy Charles Bowie – One of the cult’s enforcers, a deputy in the county sheriff’s office who’s in his 50s or 60s. A rural white cop who begins the story by kidnapping a homeless African-American to be sacrificed, he’s not going to be a fan of stronger state or federal oversight of local police forces and he’s going to want the Sheriff’s Office to have all the high-powered goodies it could get its hands on. He’s going to vote for Trump based on police-officer tribalism with a helping of white tribalism and straight-up racism, although his helping isn’t nearly as big as Jeffrey Reed.

*Jeffrey Reed – Another cult enforcer, he’s around Sam’s age and works at a gas station. He’s even more authoritarian than Phil, is extremely racist, and solves the congregation’s problems by murdering them. If Phil is Don Corleone, Reed is Luca Brasi. The fact Clinton was essentially the minority-group candidate would be enough for him to vote for Trump. Low as he is on the socioeconomic ladder, he might also be concerned about job competition from immigrants, although given who owns and operates large numbers of gas stations, he’s probably employed by one.

*Amber Webb – The female lead of Thing and a high school senior. In terms of social class she’s small-town bourgeoisie like Phil (to whom she’s actually distantly related) rather than working-class like Bowie, Sam, or Reed. She’s also a devout Methodist, so demographics would tilt her toward conservatism. However, unlike other members of her small-town girl posse, she has no objection to interracial relationships and she’s in the community theater, which is probably more liberal than the wider town. Furthermore, she probably empathizes with Hillary Clinton as a woman who could become president and, given how her jerk-jock ex pressured her into sex in the recent past, she probably despises Trump. I imagine in the primaries she would have supported somebody more moderate like Marco Rubio, Ben Carson, Jeb Bush, or John Kasich, been tempted to vote for Clinton, and probably left the presidential section of the ballot blank like somebody I know who didn’t like Trump but didn’t want taxes raised.

*James Daly – The male lead of Thing and also a high-school senior. James hails from Buckhead, the wealthier white section of Atlanta proper, and he was in the Boy Scouts. However, although he’d call himself a Christian, of those listed he’s the least religious. His close friend from Atlanta is Jewish, he isn’t bothered by two of his Atlanta-transplant friends being in an interracial relationship (Indian boy, white girl), and part of his disdain for Edington is based on the (false) assumption the residents are all racists. However, much of his attitude is driven by class prejudice against Edington’s “rednecks.” He’d be a toss-up, but of all the characters listed he probably be the most likely to vote for Clinton, especially given how he’s a protective big brother to his younger sister and Trump’s attitudes speak for themselves. Buckhead, after all, went for Clinton, and the pro-Trump areas nearby were pretty narrow wins for him. 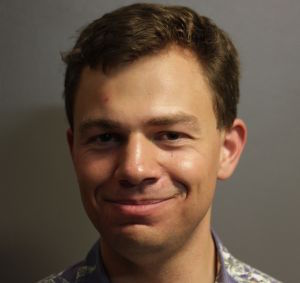 So although I intended The Thing in the Woods simply as a Georgia horror tale, the context in which it was written (off and on 2007-2014) and set (2010) play a major role in the characterization. And although I was not aware at the time, that context would soon become extremely, extremely important.

Matthew W. Quinn is a longtime journalist and social studies teacher currently living in Atlanta. You can purchase The Thing in the Woods on Amazon and sign up for his newsletter here.